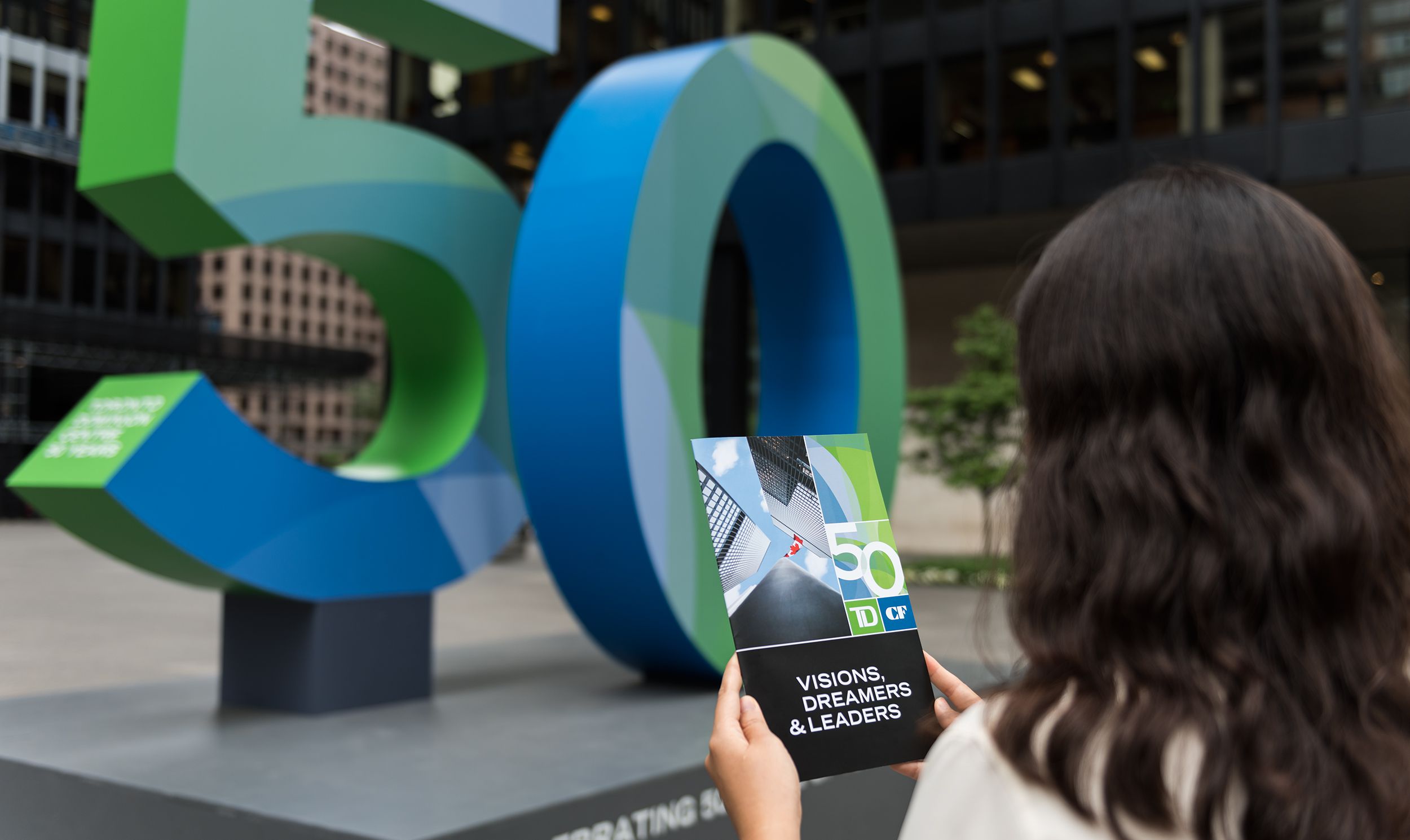 Half a century ago, Toronto’s skyline was transformed by its first two skyscrapers, when renowned Modernist architect Mies van der Rohe designed the Toronto-Dominion Centre. Home to over 70 tenants and 21,000 daily occupants, the TD Centre is the vision of two leading Canadian corporations, TD Bank Group and Cadillac Fairview. This year, as Canada celebrates its sesquicentennial, TD Centre celebrates its 50th anniversary with a unique exhibition. The 50th anniversary exhibition tells the story of the shared vision that helped create this architectural masterpiece. The exhibit offers an opportunity to not only showcase both Cadillac Fairview's and TD Bank's brands and values, but also the unique history of the architecture and its role in shaping the Financial District of Toronto. With a legacy of branding Toronto BIAs, including the Toronto Financial District, and a passion for placemaking and storytelling, Entro led the initiative to commemorate and brand the 50th Anniversary celebration from the development of the program identity to the exhibition and its associated material. 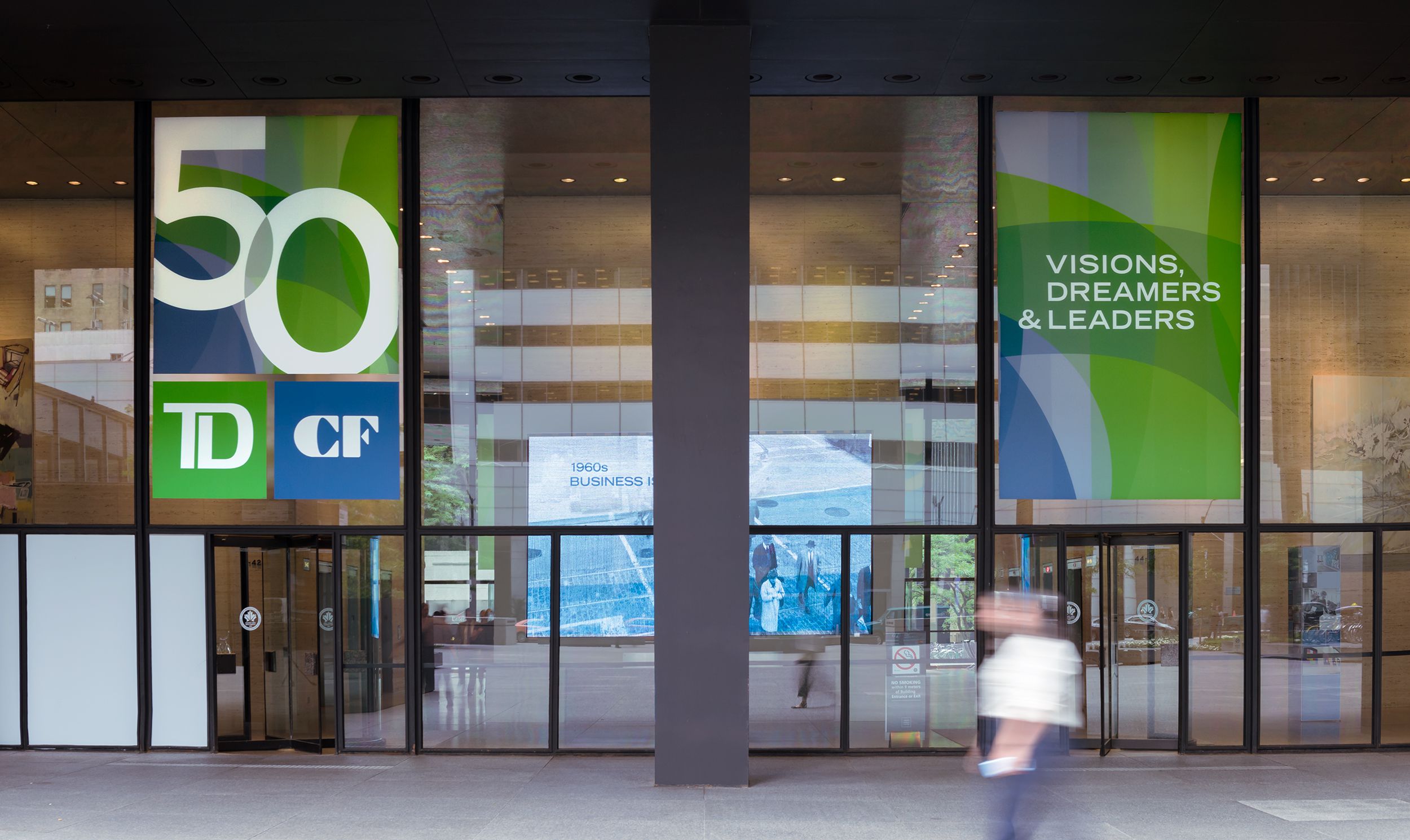 The anniversary exhibition is themed ‘Visions, Dreams, Leaders’, and is organized into four thematic features: Developing the Dream, Shaping a City, Space for the Future and Innovation and Sustainability. ‘Developing the Dream’ introduces the visionary leadership who first imagined the TD Centre, Allen Lambert (then Chairman of TD Bank) and partner Fairview Corporation (now Cadillac Fairview). ‘Shaping a City’ is a testament to the strong influence of the Toronto-Dominion Centre in shaping the Financial District and the City of Toronto. ‘Space for the Future’ explores the architecture featuring the incredible black steel towers and innovative open interior space plans. Finally, ‘Innovation and Sustainability’ emphasizes Cadillac Fairview and TD Bank Group’s extraordinary commitment to sustainability recognized nationally as setting the standard for excellence and achievement. 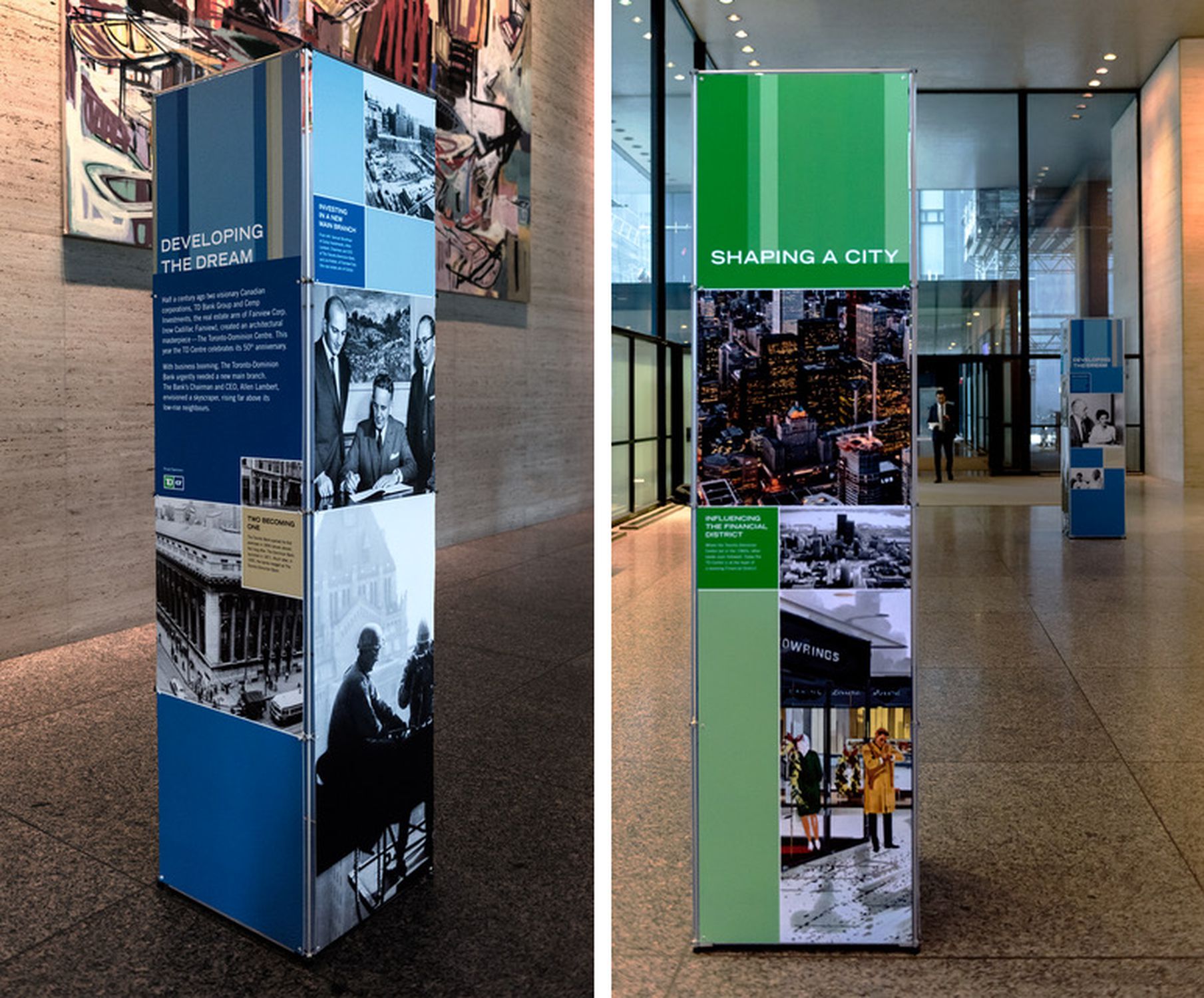 Entro tells this remarkable story by leveraging the plethora of historical images and content from the TD and Cadillac Fairview archives in a factual yet charismatic voice. The design of the logo and graphic elements draws on the architectural style and building grid with a layering of contrasting patterns of circular, colourful translucent forms to offer a dynamic juxtaposition of history and celebration. The exhibition is interactive, incorporating both digital and static components including an oversized sculpture of the 50th anniversary logo on the plaza that draws people in; four exhibit towers, each dedicated to one of the themes of story; a catalogue which gives a more complete narrative; vinyl window graphics; invitations; welcoming posters at entrance ways; elevator screens to promote the exhibition for visitors and guests; and a large video display in the building lobby featuring a 12-minute montage of footage, story, and images. 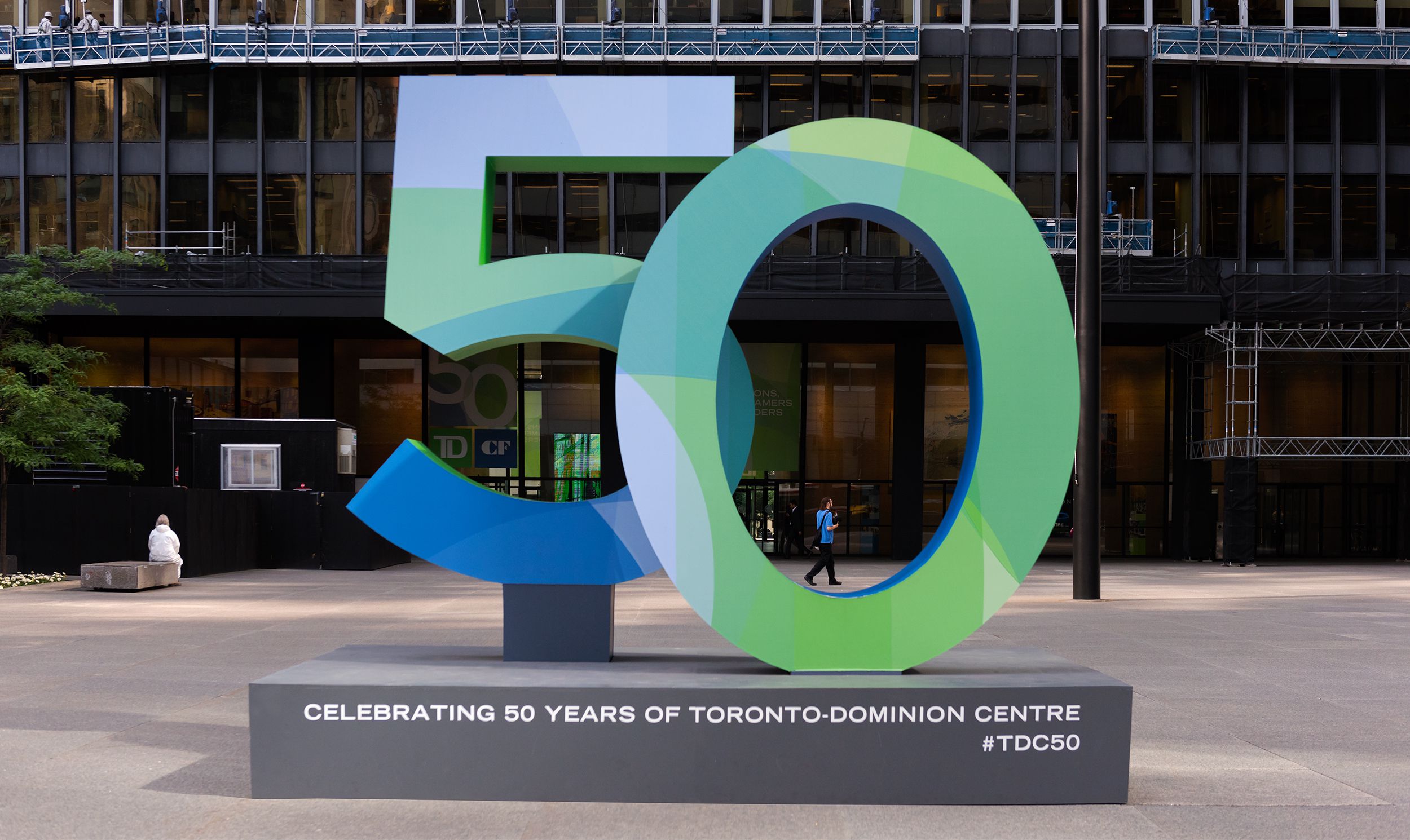 The exhibit was made possible thanks to the exemplary relationship of TD Bank and Cadillac Fairview and their ongoing commitment to recognition and promotion of the space. Toronto-Dominion Centre will continue to be a testament to their collaborative partnership and the ability for iconic architecture to advance our city. The realization of this exhibit is another example of Entro’s commitment to telling important stories, connecting people to place and making everyday experiences inspirational.