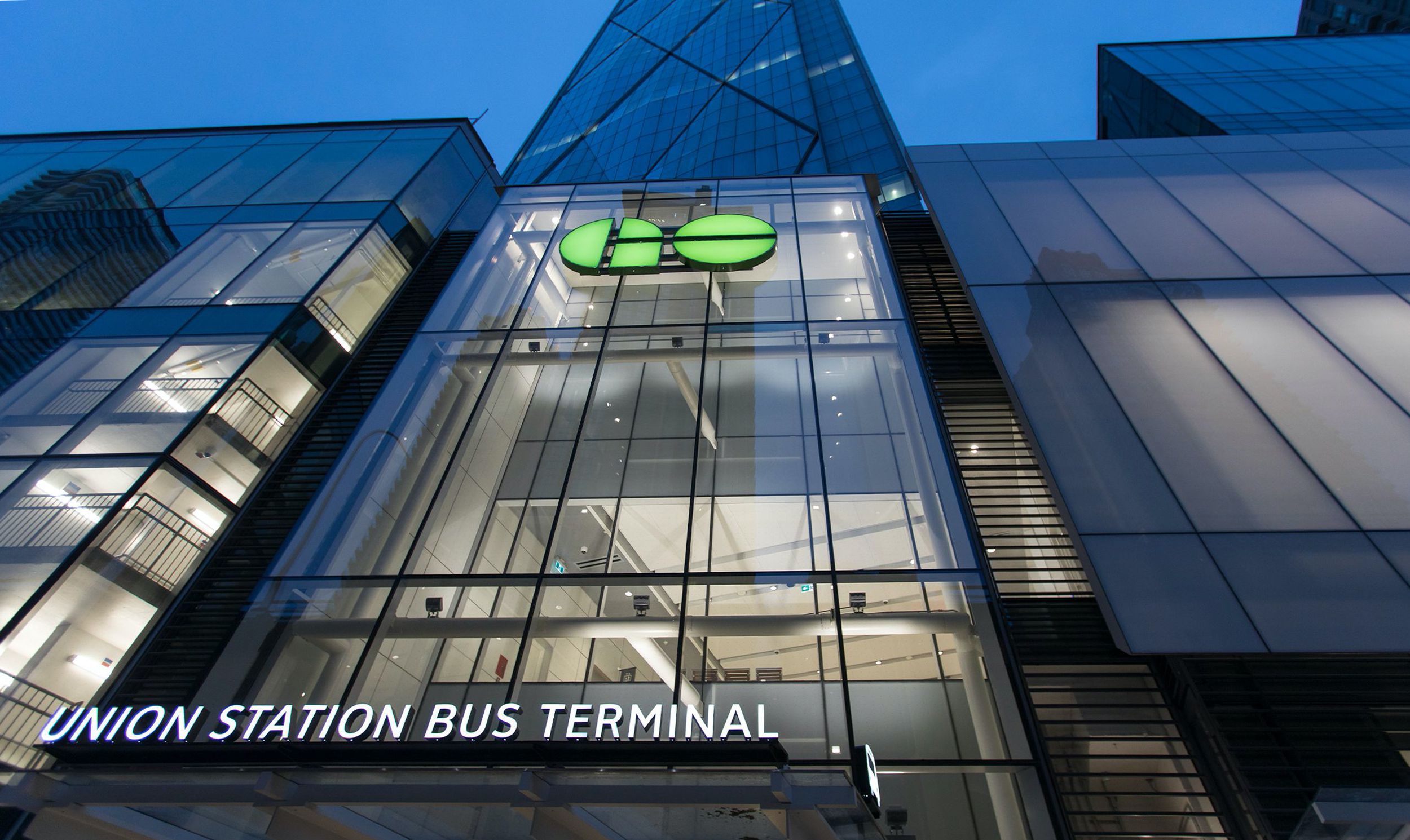 Entro developed the signage program for the new 23,000 square-foot Bus Terminal, which is part of the CIBC SQUARE development across the street from Union Station. The design approach was all about supporting connectivity and navigation for passengers making transit connections. Our goal was to provide visual continuity with the Union Station signage standards while complementing the modern new architecture of CIBC SQUARE.

Passengers can access the Bus Terminal from the street (Lakeshore Blvd or Bay St. entrances); or from Union Station (serving passengers connecting via TTC, the PATH system, GO Transit, Via Rail, and UP Express) through an indoor pedestrian bridge over Bay Street. 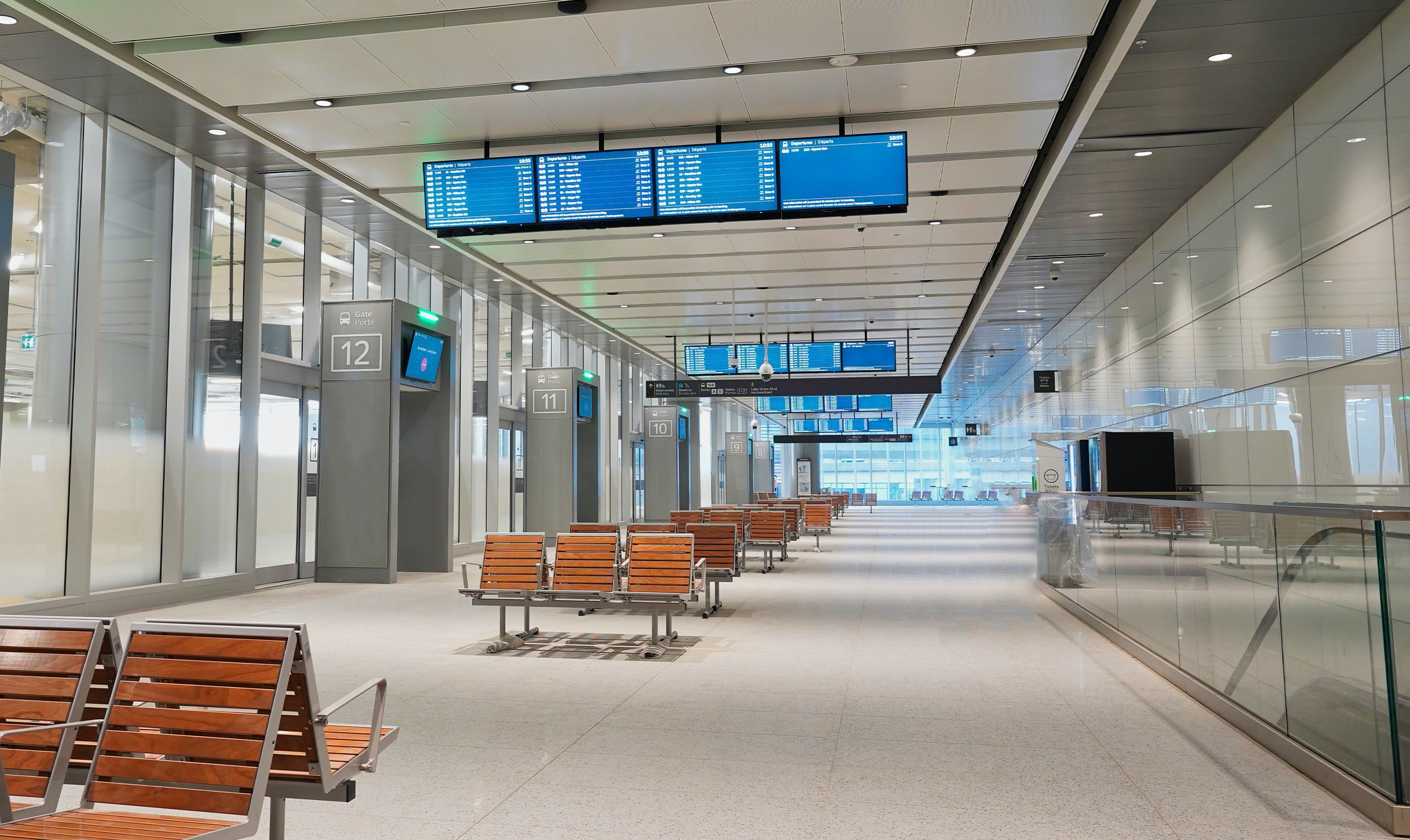 To facilitate navigation and orientation, the Terminal is divided, airport-like, into zones containing gates that only open when buses are ready to offload and onboard passengers. Sixty-eight departure boards spread across the terminal, keeping passengers in the loop about upcoming arrivals and departures. Gate identifiers are highly visible and placed in consistent locations with a specific information hierarchy, mindful that information must be easily found and understood by all users. 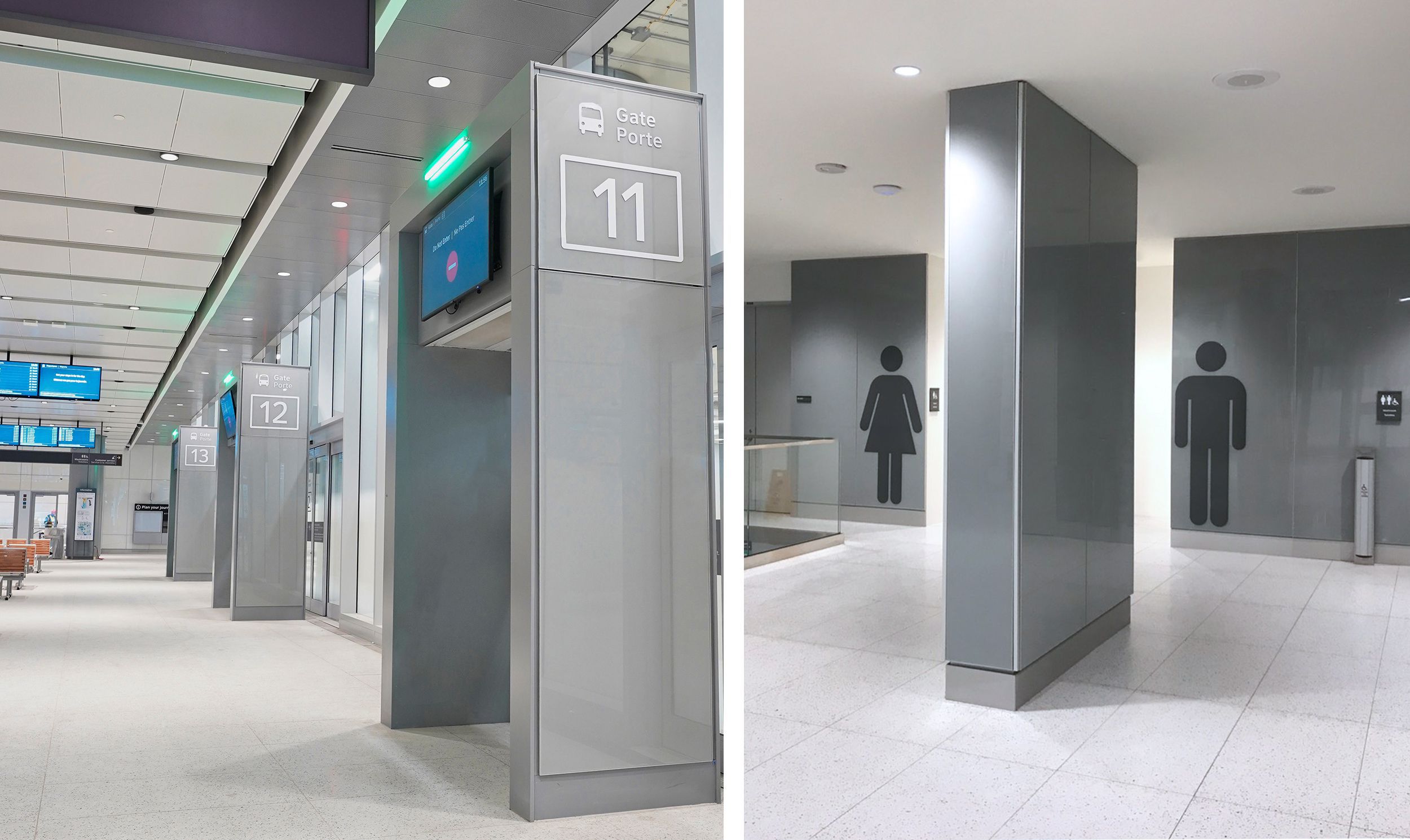 In a space that becomes highly congested and crowded at rush hour, a passenger’s ability to quickly find directional information is key to a more efficient transit experience, including better connections to rail and subway services as well as other popular destinations. 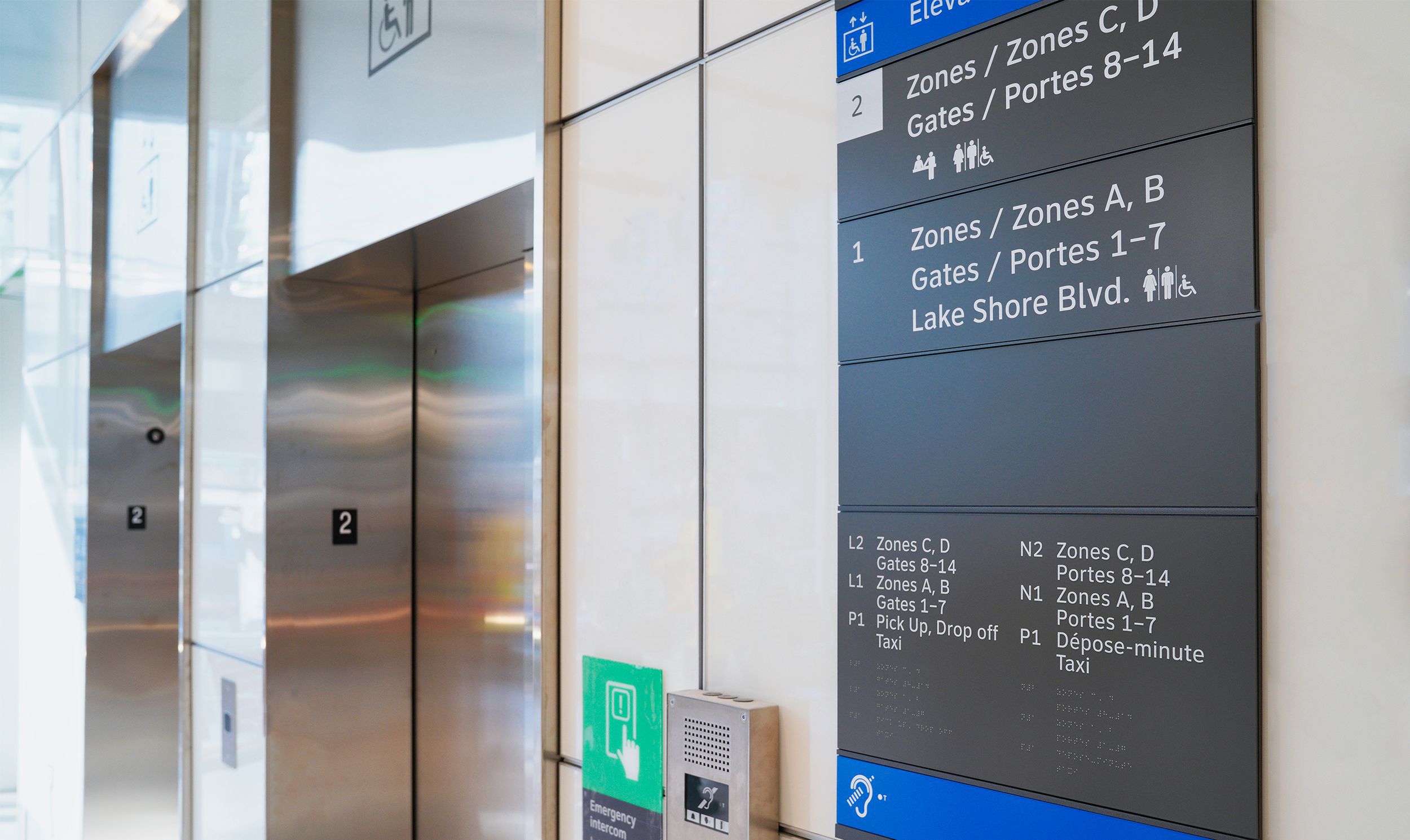 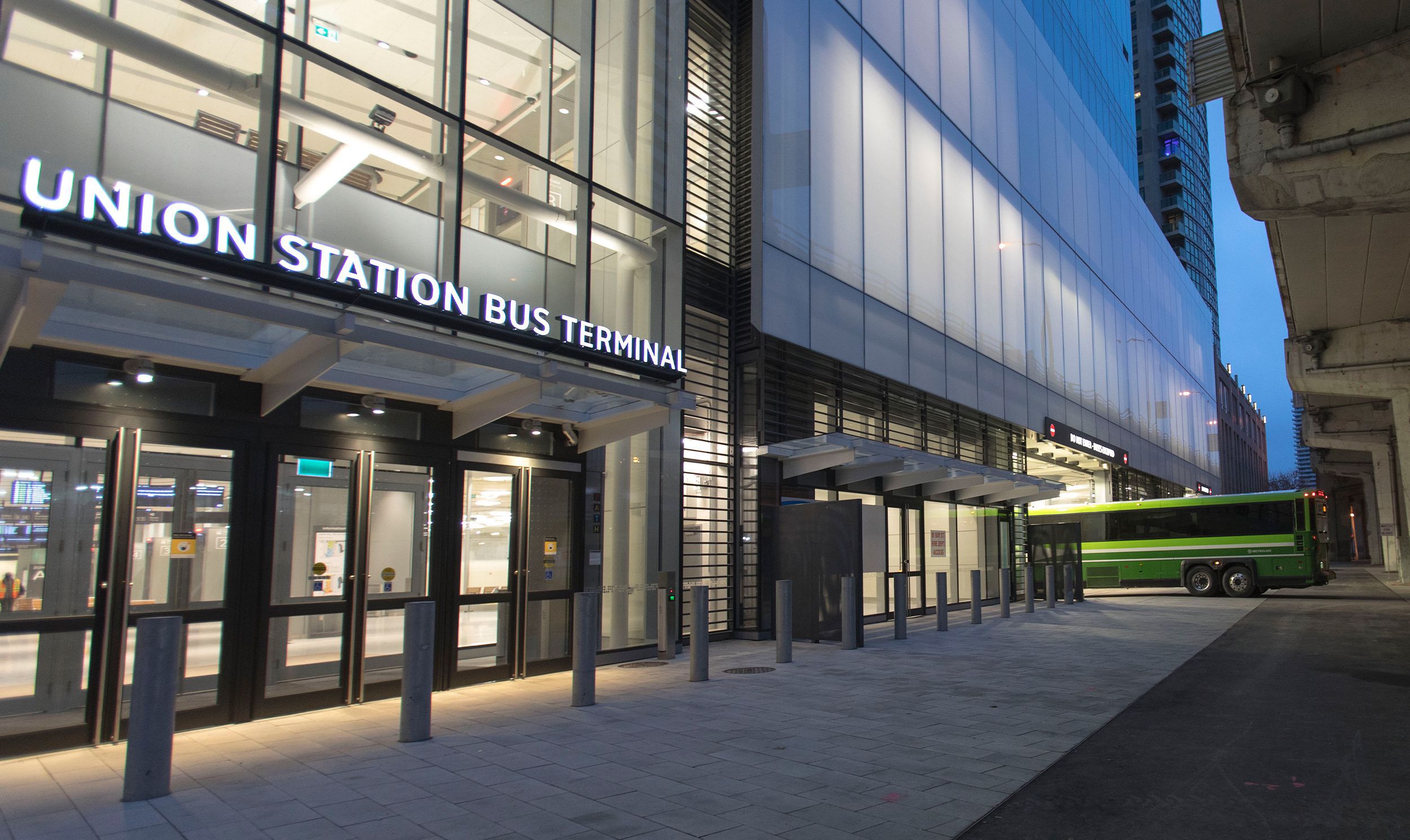 Designed by WilkinsonEyre and Adamson Associates and developed by Ivanhoé Cambridge and Hines, CIBC SQUARE is the new international standard of office development and community. The development is comprised of 81 Bay Street (Phase 1), a 49-storey office tower where the Terminal is located, 141 Bay Street (Phase 2) and a one-of-a-kind one-acre elevated park that connects the towers over the rail corridor. CIBC SQUARE is scheduled to be complete in 2024.