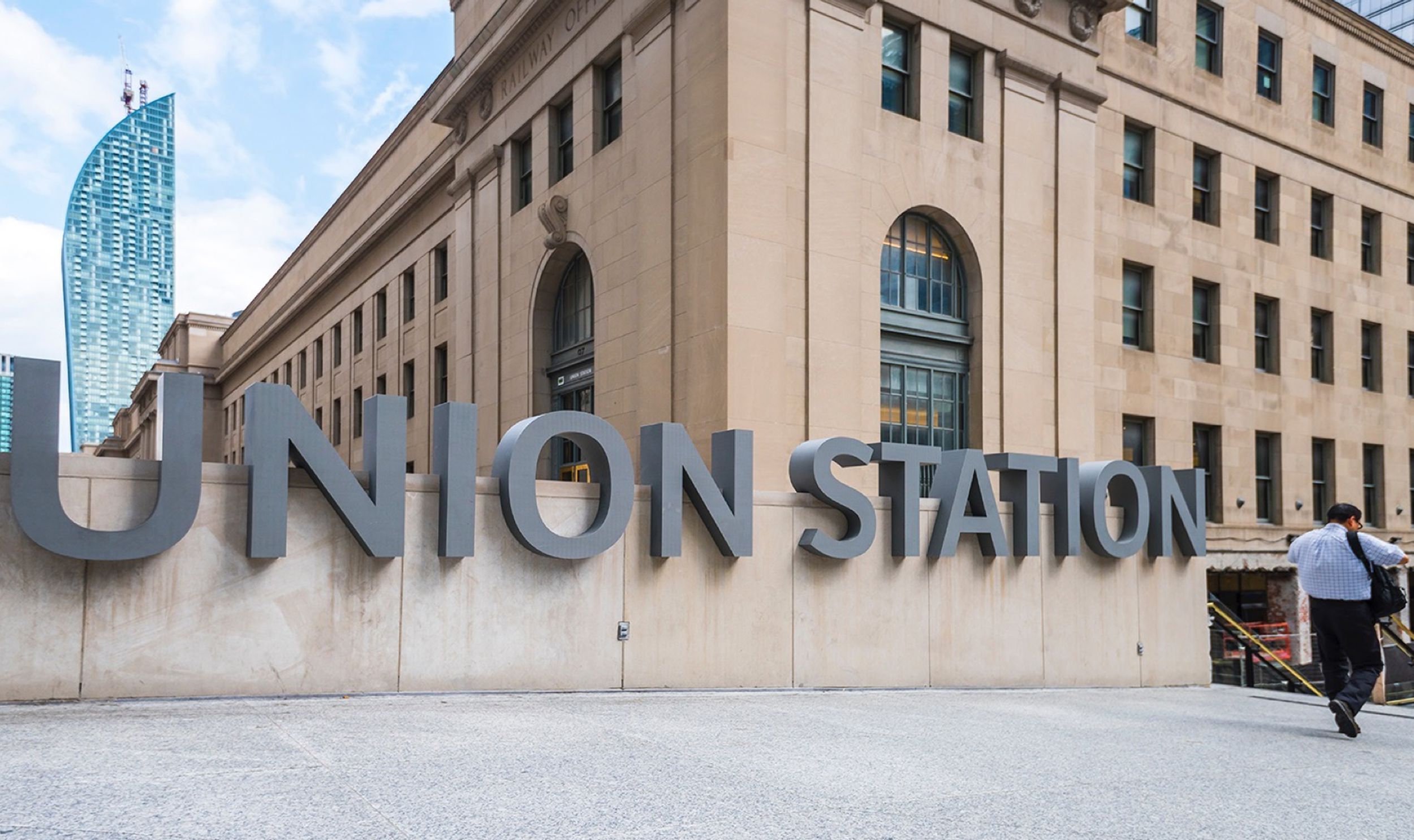 Union Station is a hub for GO Transit, TTC, VIA Rail and the Union Pearson Express, and welcomes over 40 million passengers annually. Entro developed a comprehensive wayfinding and signage strategy and, in this first phase of Union Station’s multi-phase redevelopment plan, oversaw the rollout of identification and directional signage for the exterior building, the new York concourse, and parts of the Great Hall leading to the UP Express terminal. 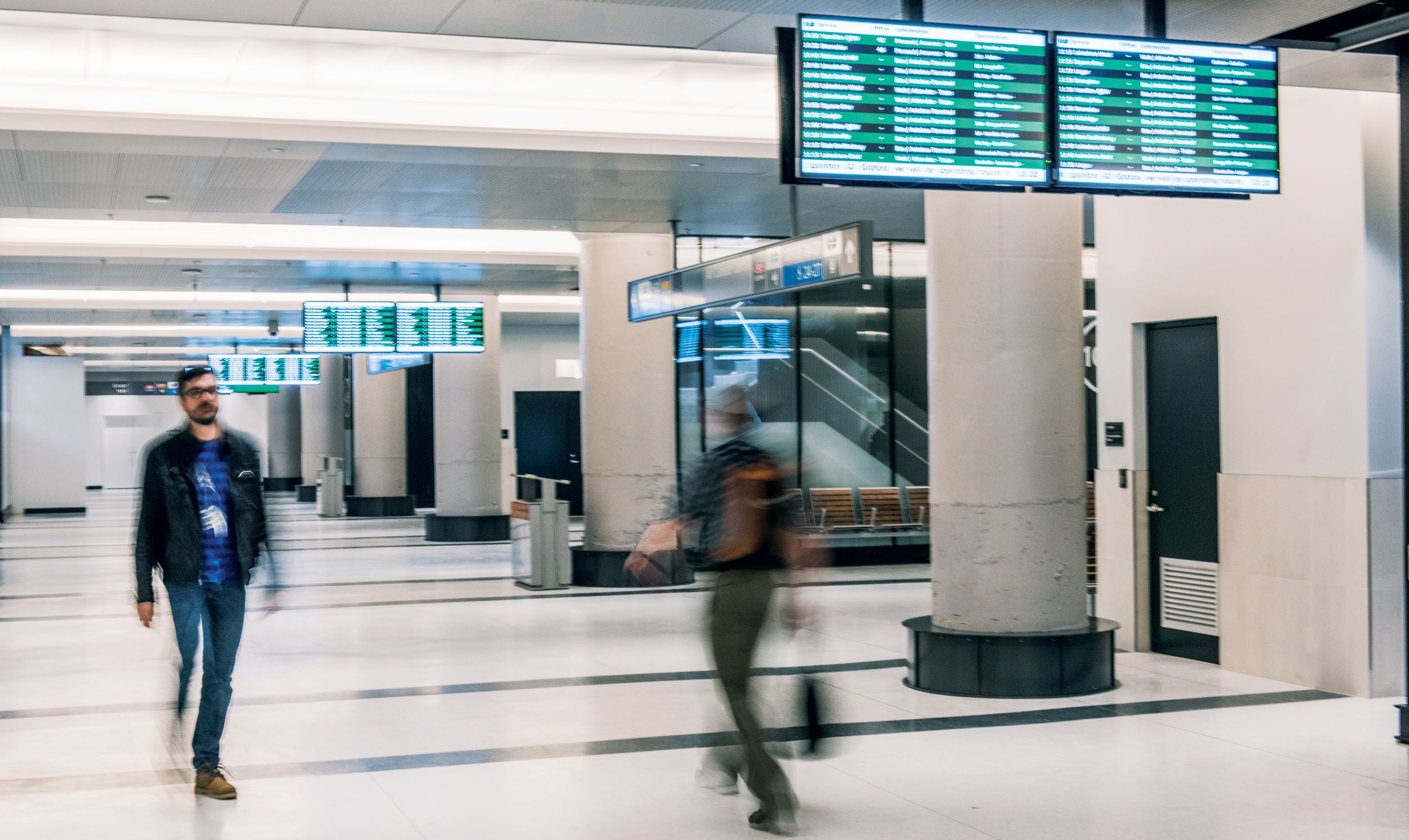 With four different urban transportation systems as well as shopping and other amenities converging within a complex and transitioning building, and several major attractions in the immediate vicinity, the challenge was to organize a broad range of information on the signage in a way that would be logical and consistent.

Entro’s solution was to group the information directionally, separate the groups with spacers, and locate directional arrows at the ends of the signs. Blank spacers between the groupings make the signs clear and give the viewer a visual respite. The result is a cohesive wayfinding system that addresses a complex set of stakeholder needs, while also helping users to navigate between transit services, amenities, and nearby attractions. 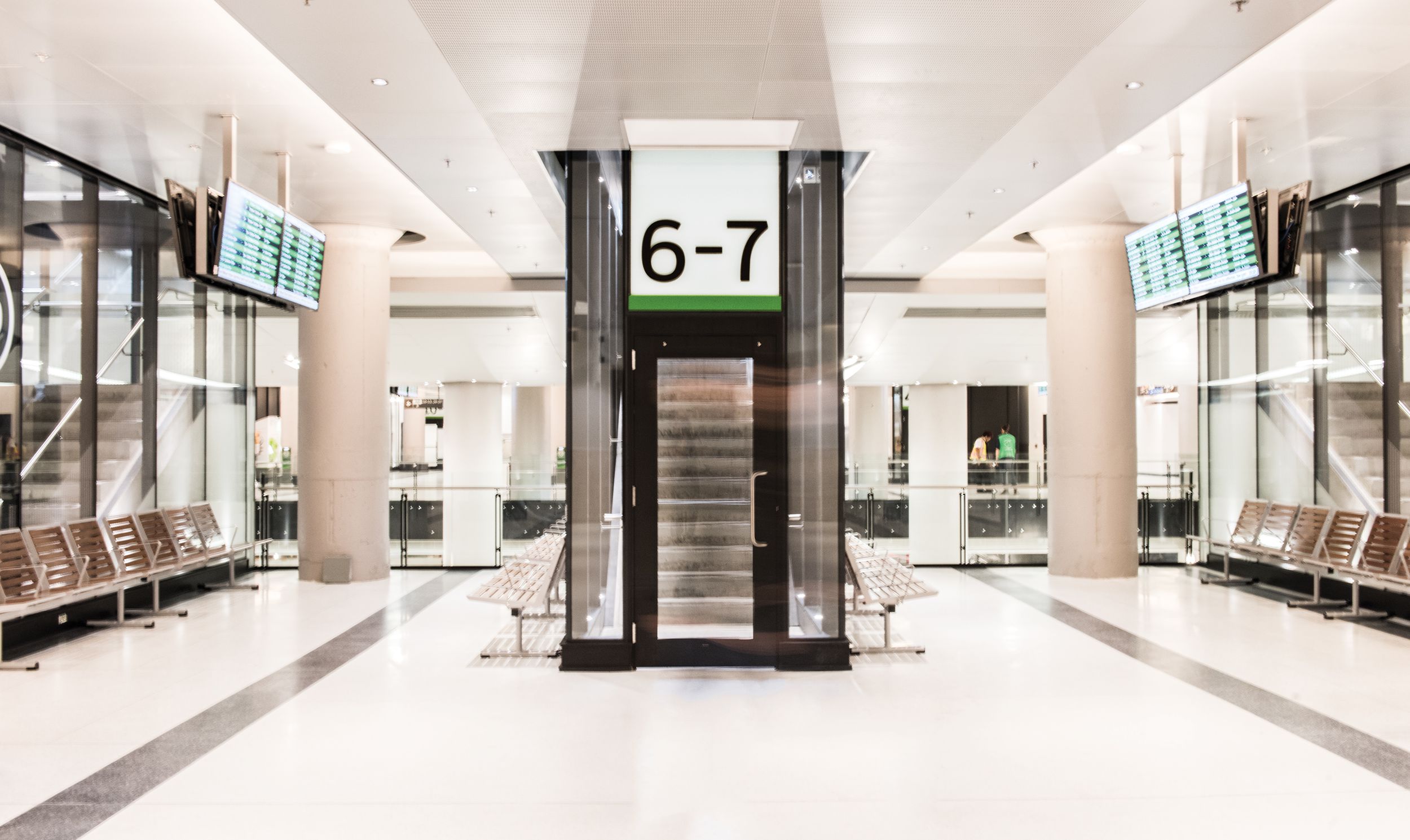 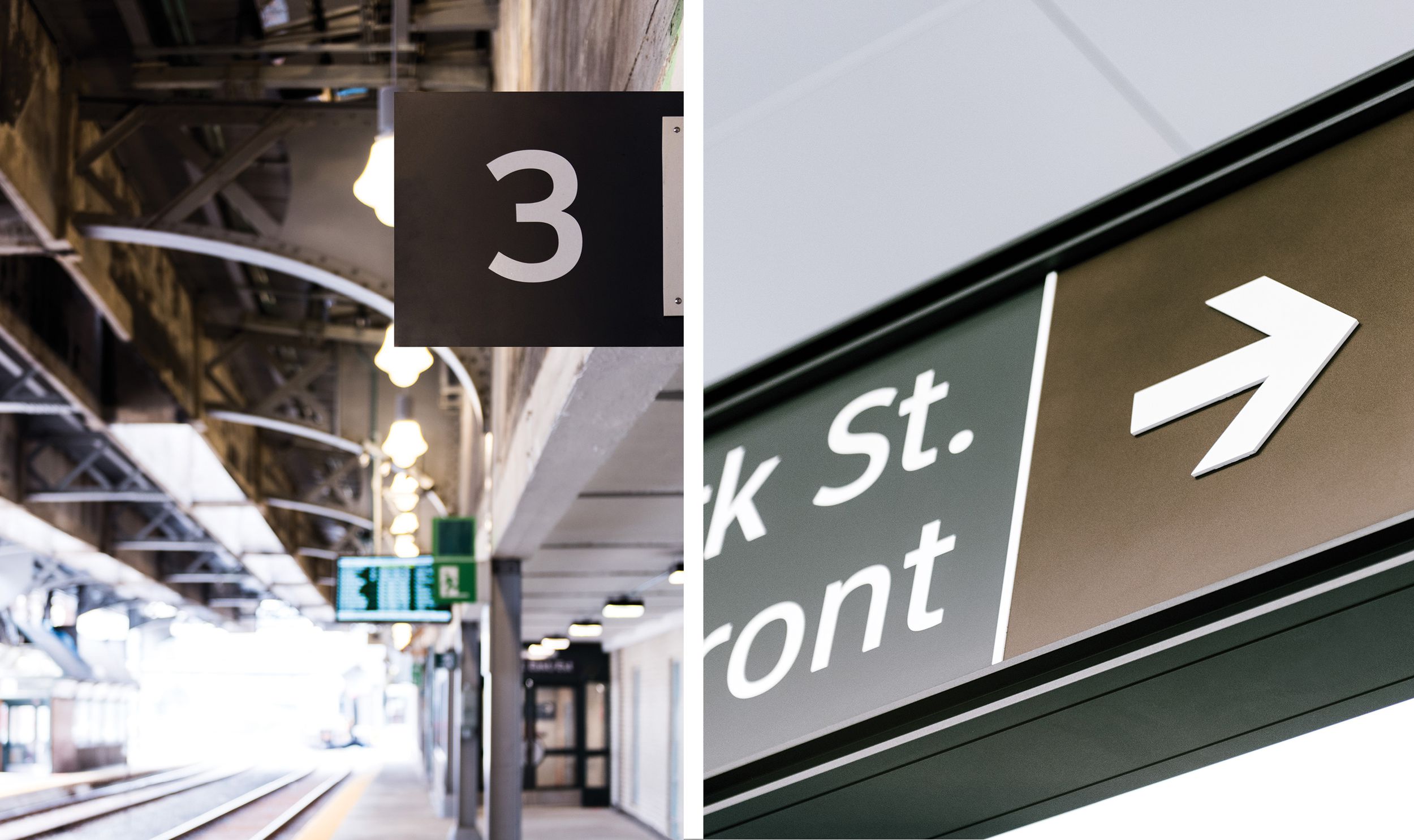 The aesthetic of the signage pays homage to Union Station’s Beaux Arts architecture. A contemporary interpretation of the columns, capitals and entablature, it features modern pylon forms and signage frames, with an interplay of bronze and zinc finishes for historic versus modern areas of the complex. 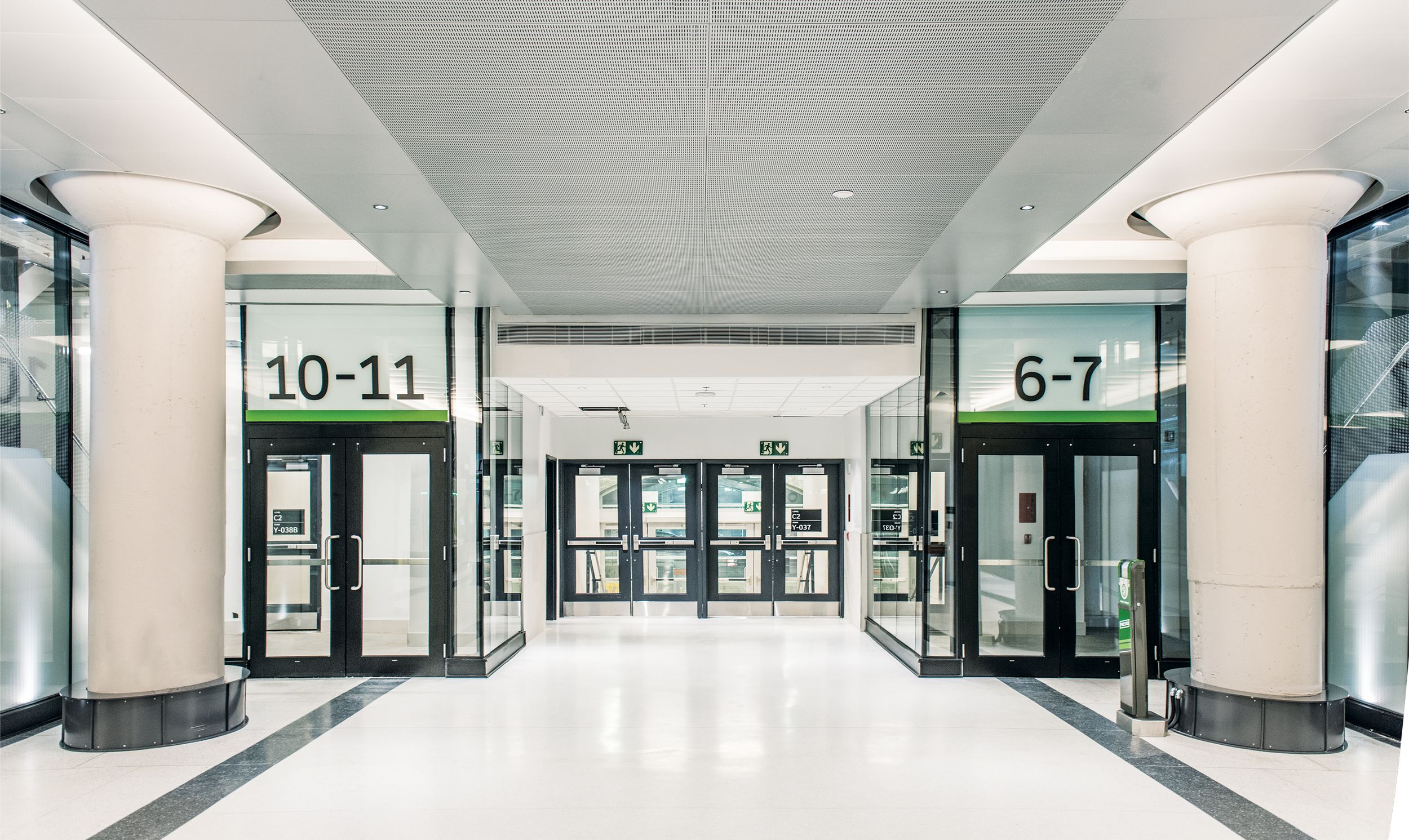 The revitalization of Union Station envisions it as both a transit hub and a retail destination. Entro’s work responds to both: it facilitates efficient passenger movement, but also encourage visitors to explore. 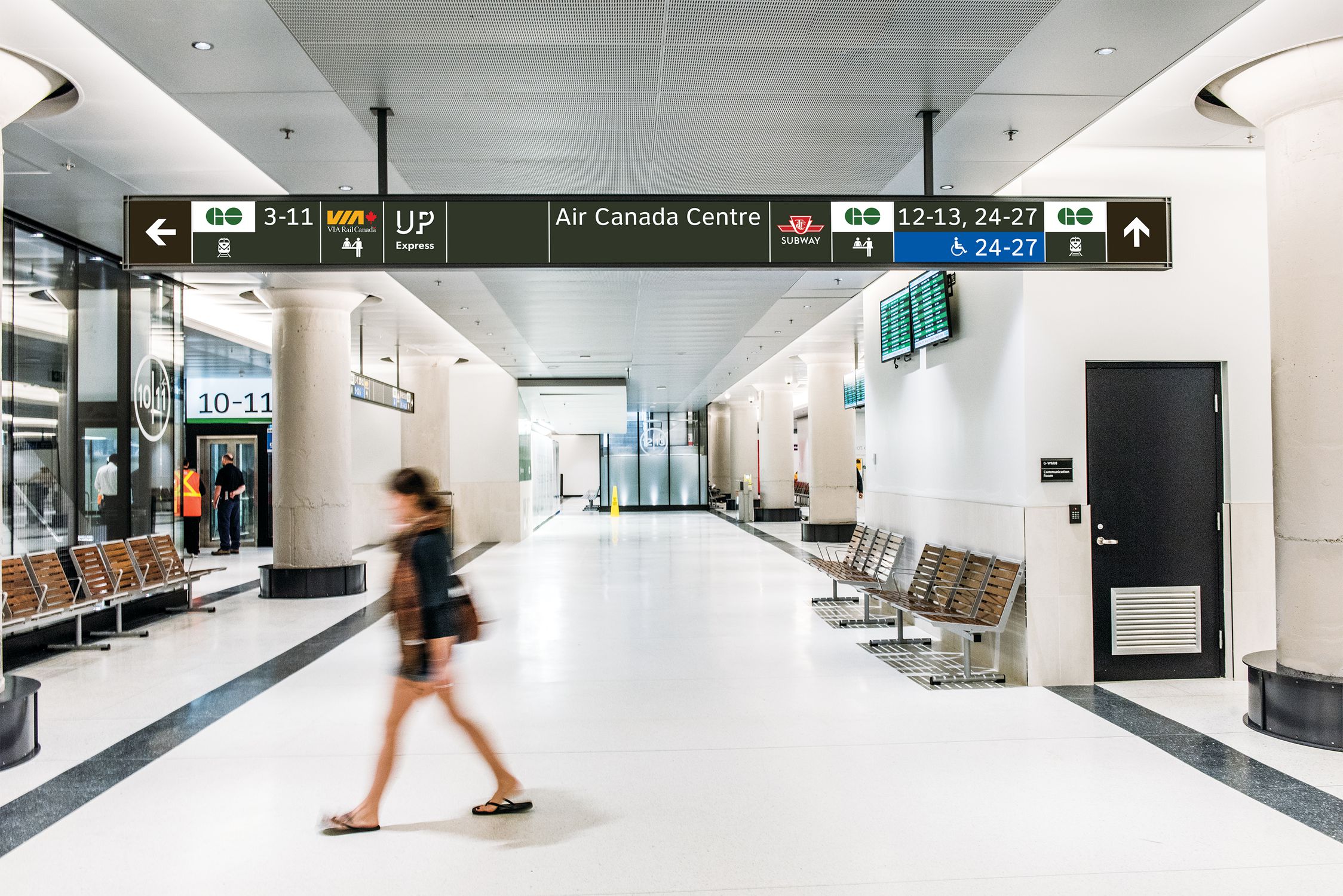