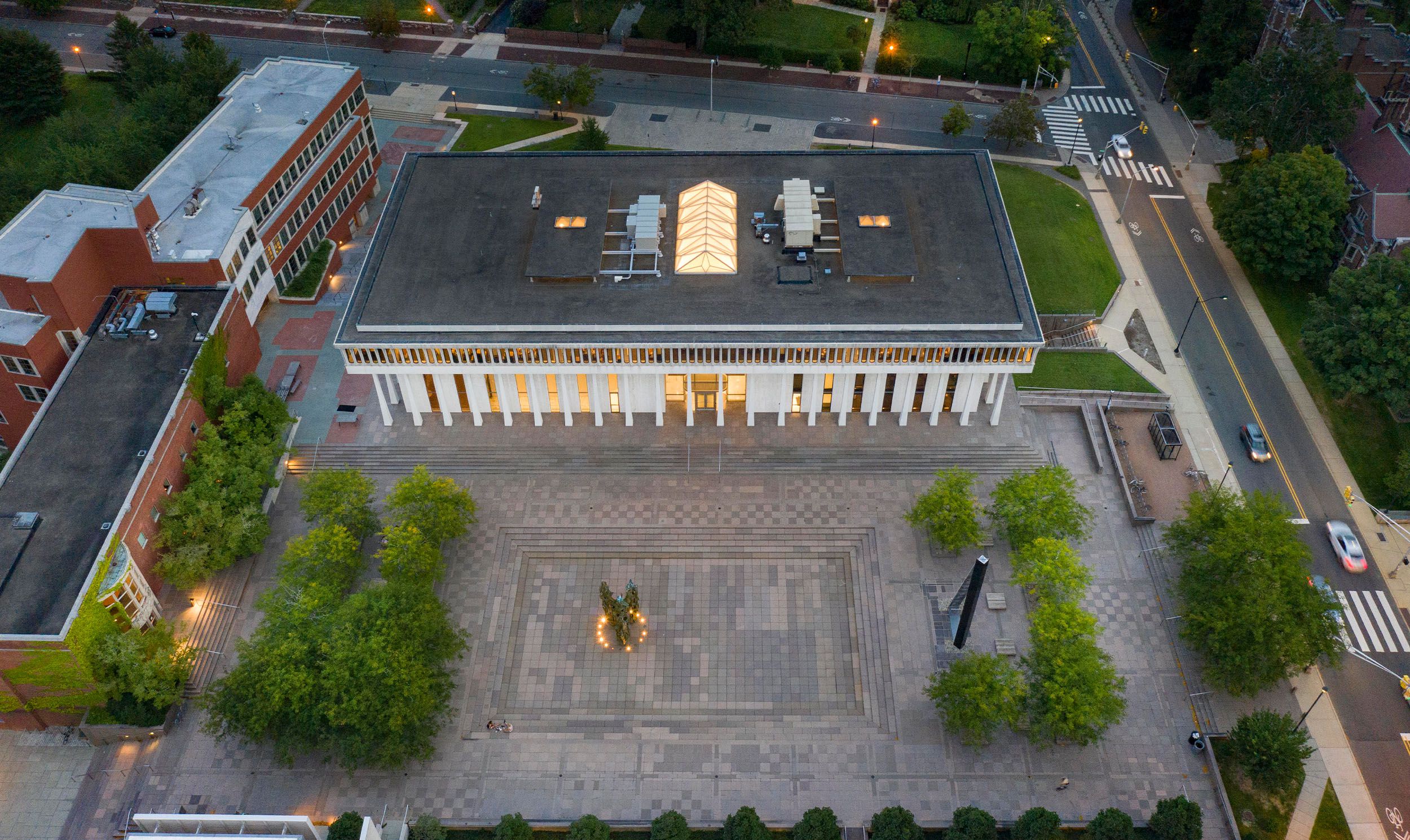 Home to the Princeton School of Public and International Affairs, Robertson Hall is a striking feature of Princeton’s historic campus. As part of a larger renovation project, new signage and wayfinding aimed to reinforce the identity of the building and the school it houses with an elegant, practical design. 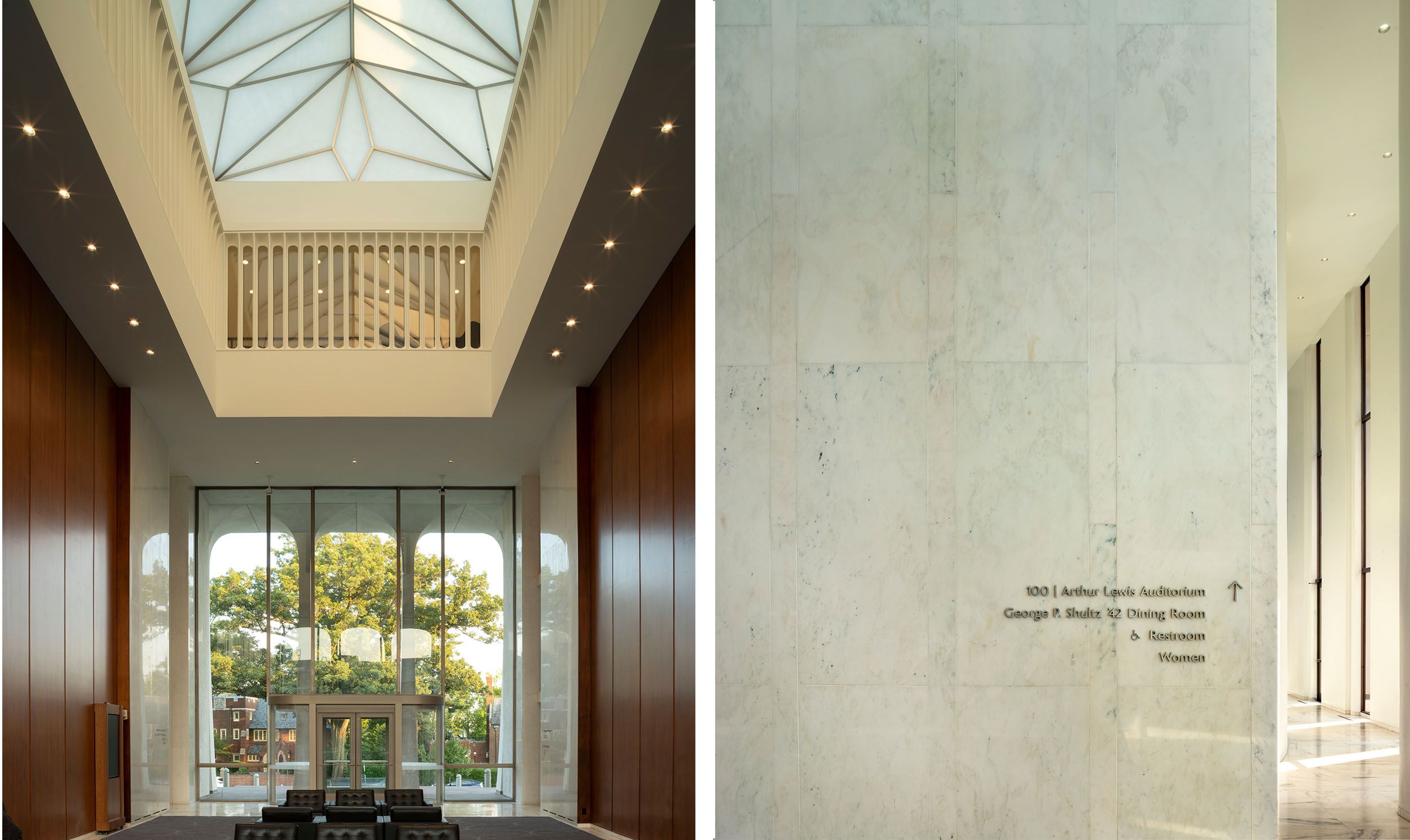 The main lobby presented a unique challenge. It has four points of access, but not a lot of space for signage amidst the wood and marble finishes. Entro used pin-mounted lettering directly on the marble for the names of fixed destinations, integrating information smoothly and beautifully. 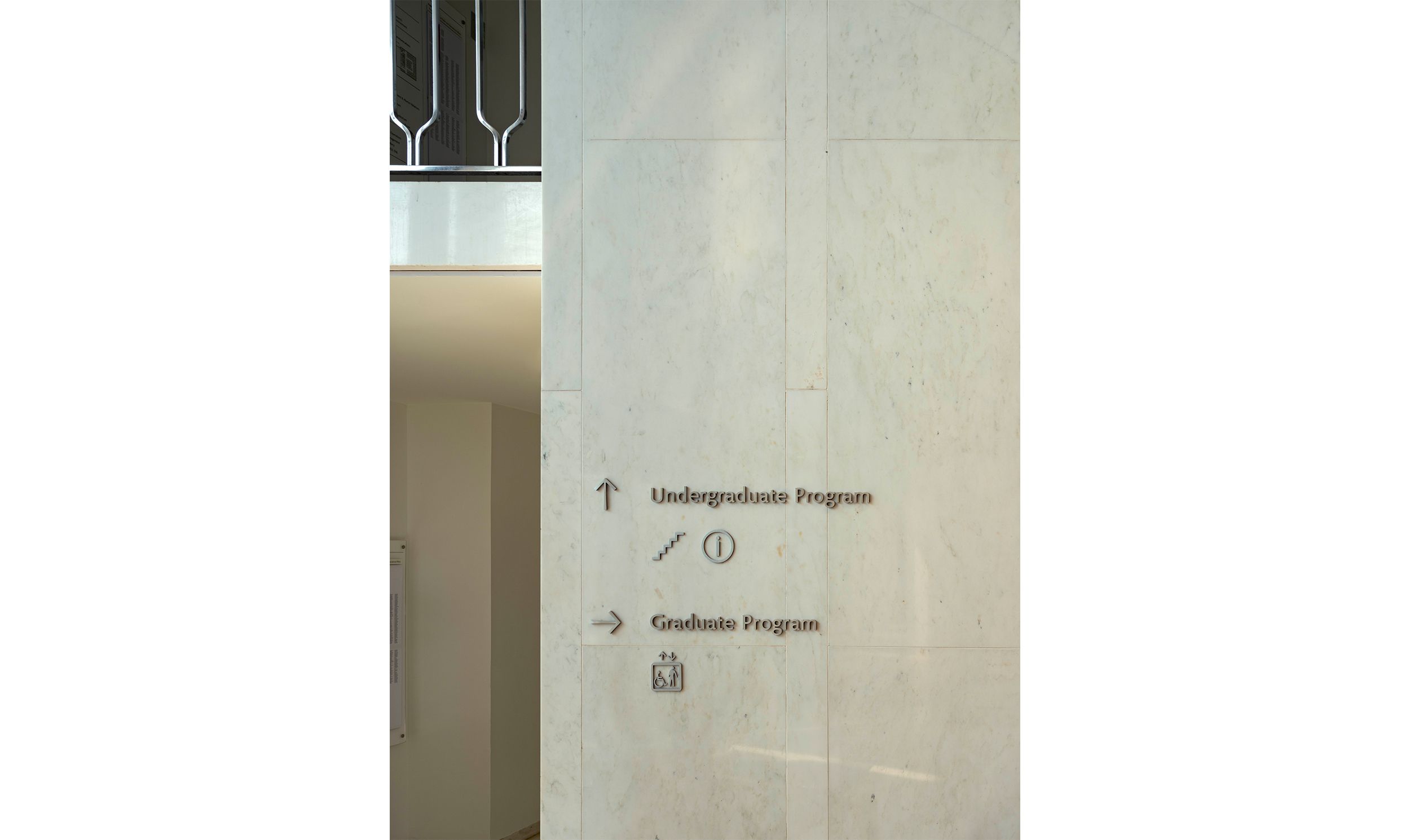 The two identities (building & school) go hand-in-hand, as the logo for the Princeton School of Public and International Affairs already includes aspects of Robertson Hall’s architecture – namely, its unique columns – paying homage to the building and nodding to the ideals of democracy and public policy. 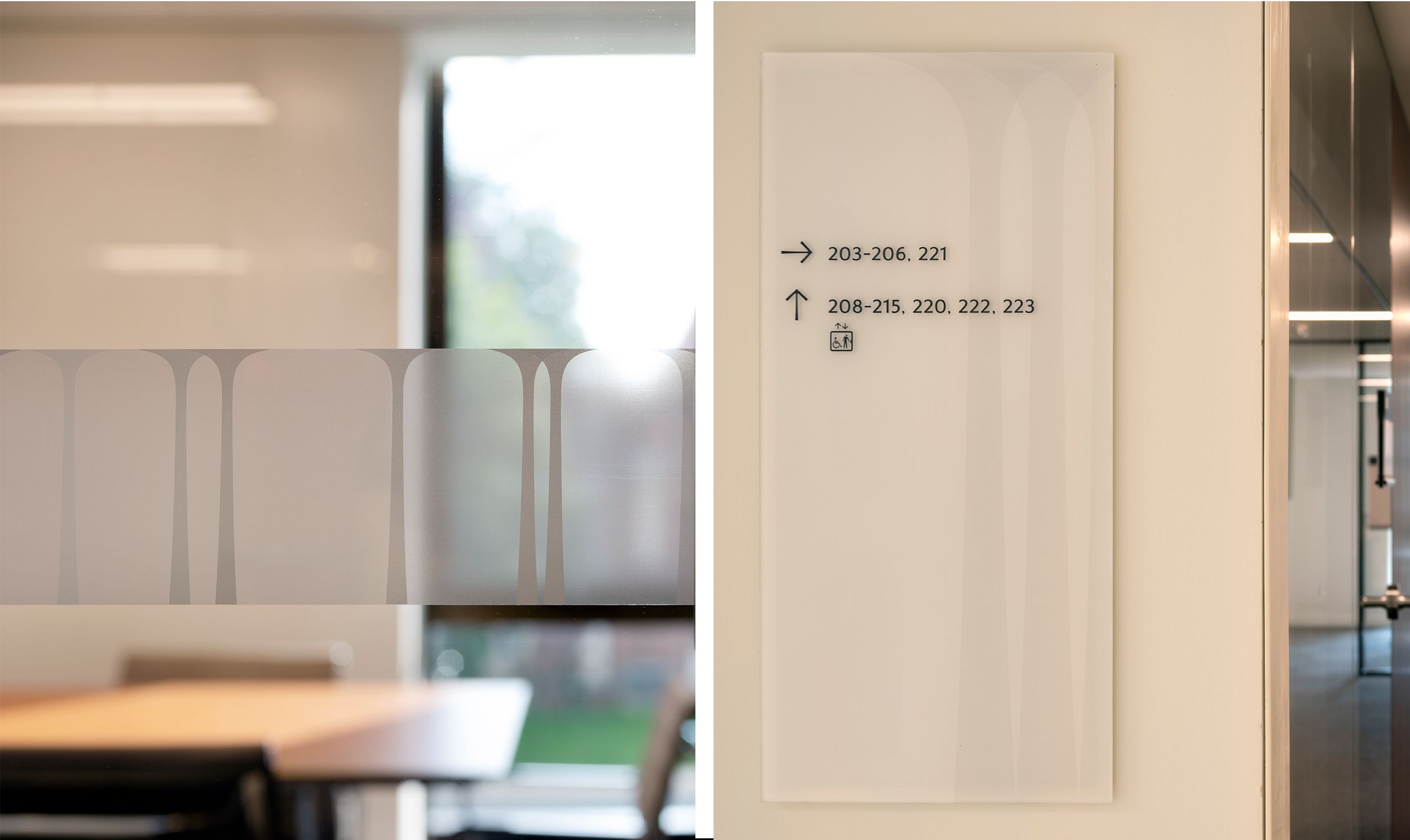 Entro integrated the image of these columns into the signage and glass distraction patterns as a subtle background texture. Their shape influenced the font choice and formed the basis for the custom arrows found on signage throughout the building. 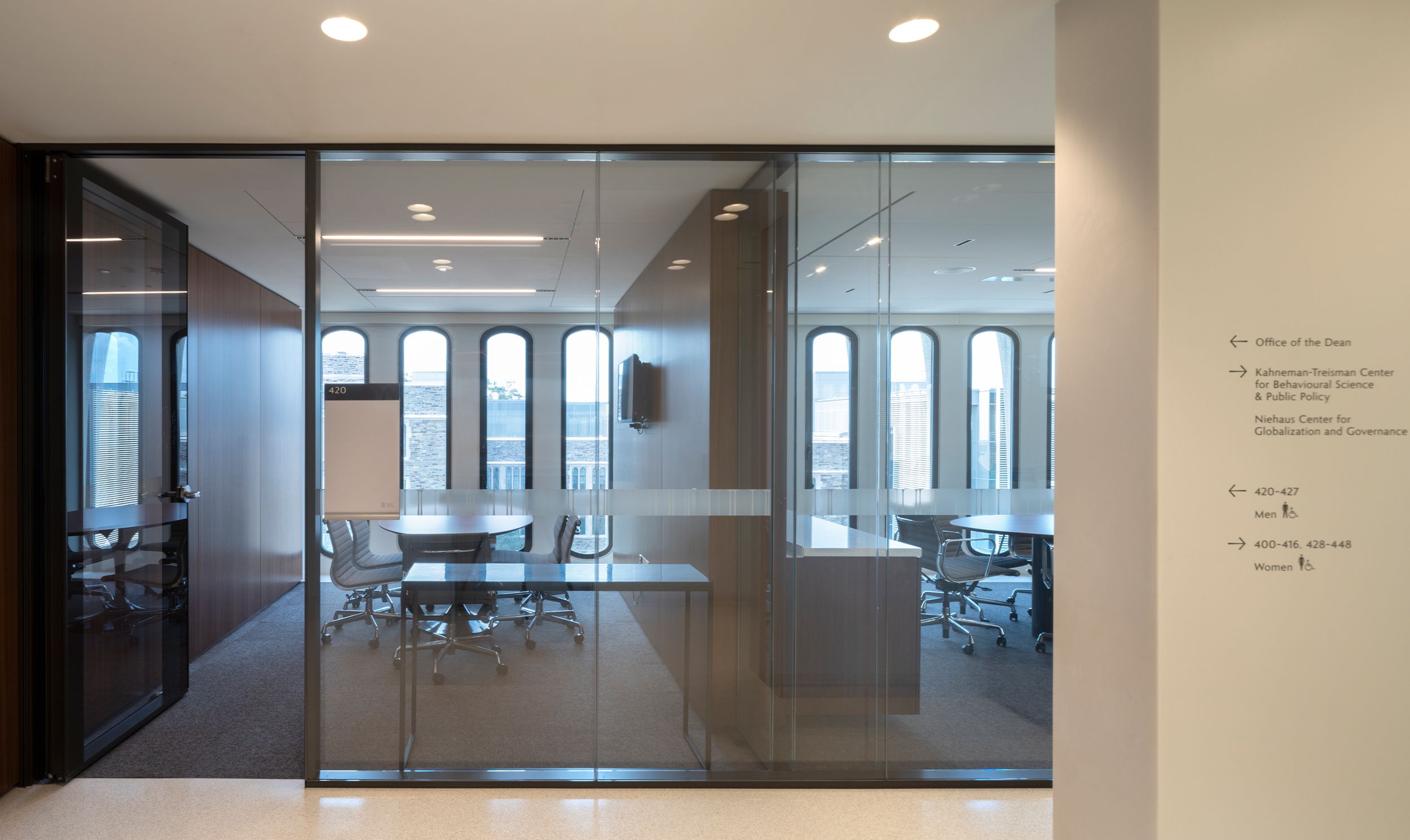 As with any academic institution, Princeton University is a dynamic environment, where faculty, departments, and schools change often. Early in the design process, Entro worked closely with the university to determine which areas would remain fixed. References to these areas were completed in a more permanent way. For areas that are likely to change more frequently, i.e. faculty listings, cases for paper inserts were used, so lists can be reprinted and swapped as needed.

Entro established a clear messaging hierarchy and styling for a common sign type to emphasize room number, donor name (where applicable) and room name. All lettering was given equal size and spacing. 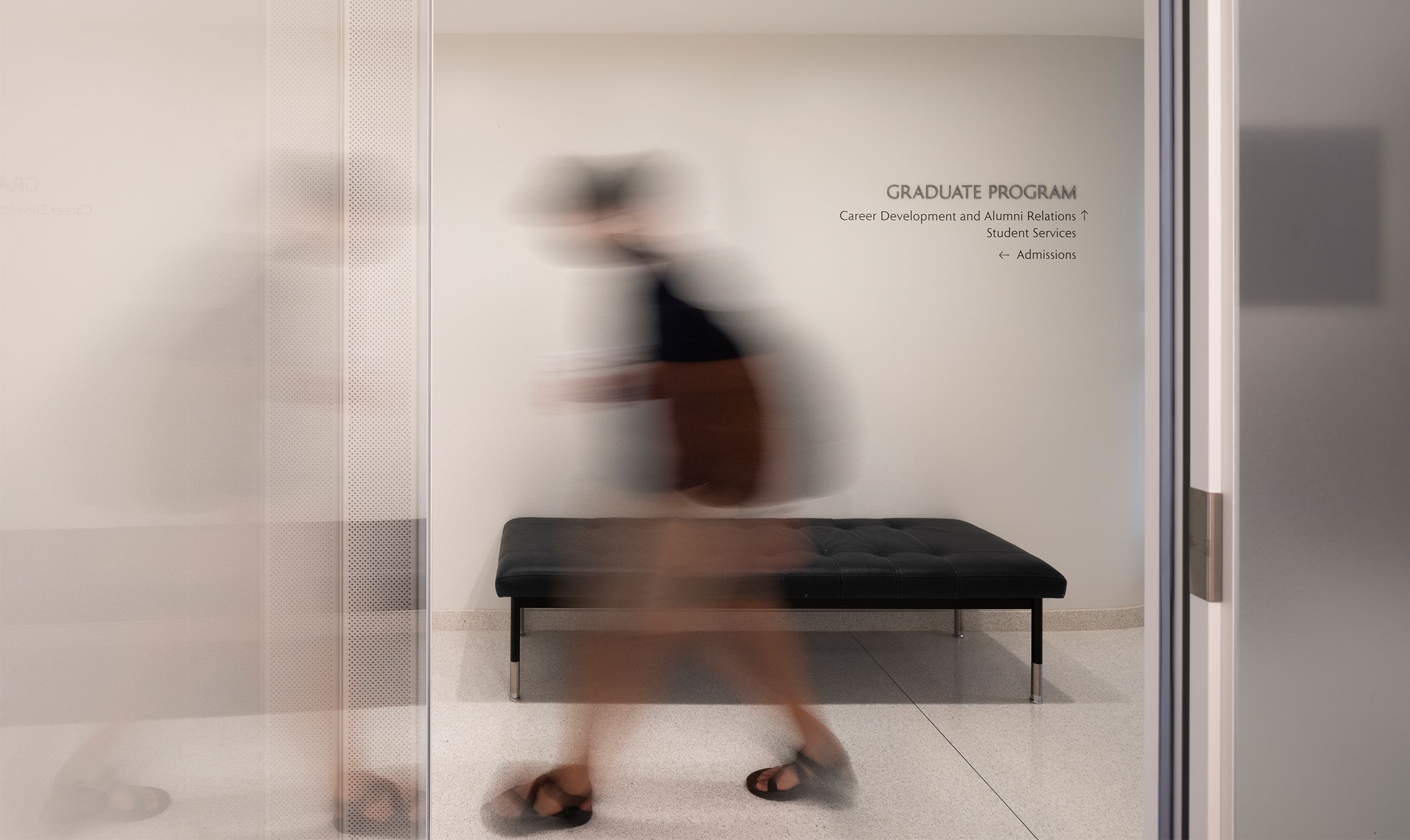 Originally designed by Minoru Yamasaki in 1965, renovations to the iconic Modernist building were led by KPMB Architects. Renovations by KPMB aimed to open up the building allowing for more natural light to fill the spaces and included widening corridors and landing areas at department entrances. Entro took advantage of the improved sightlines by incorporating department identification signage that is integral to the wayfinding strategy. 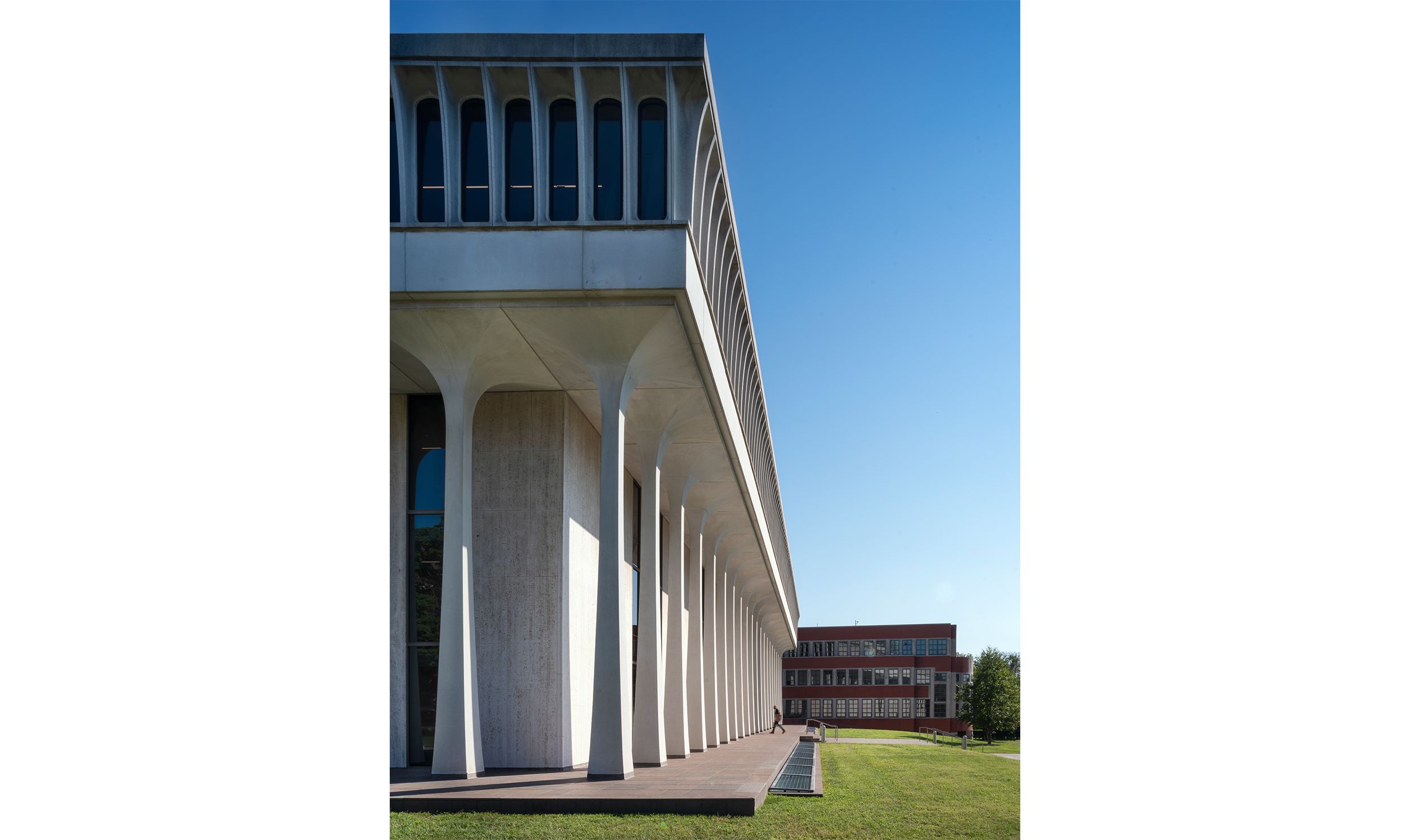