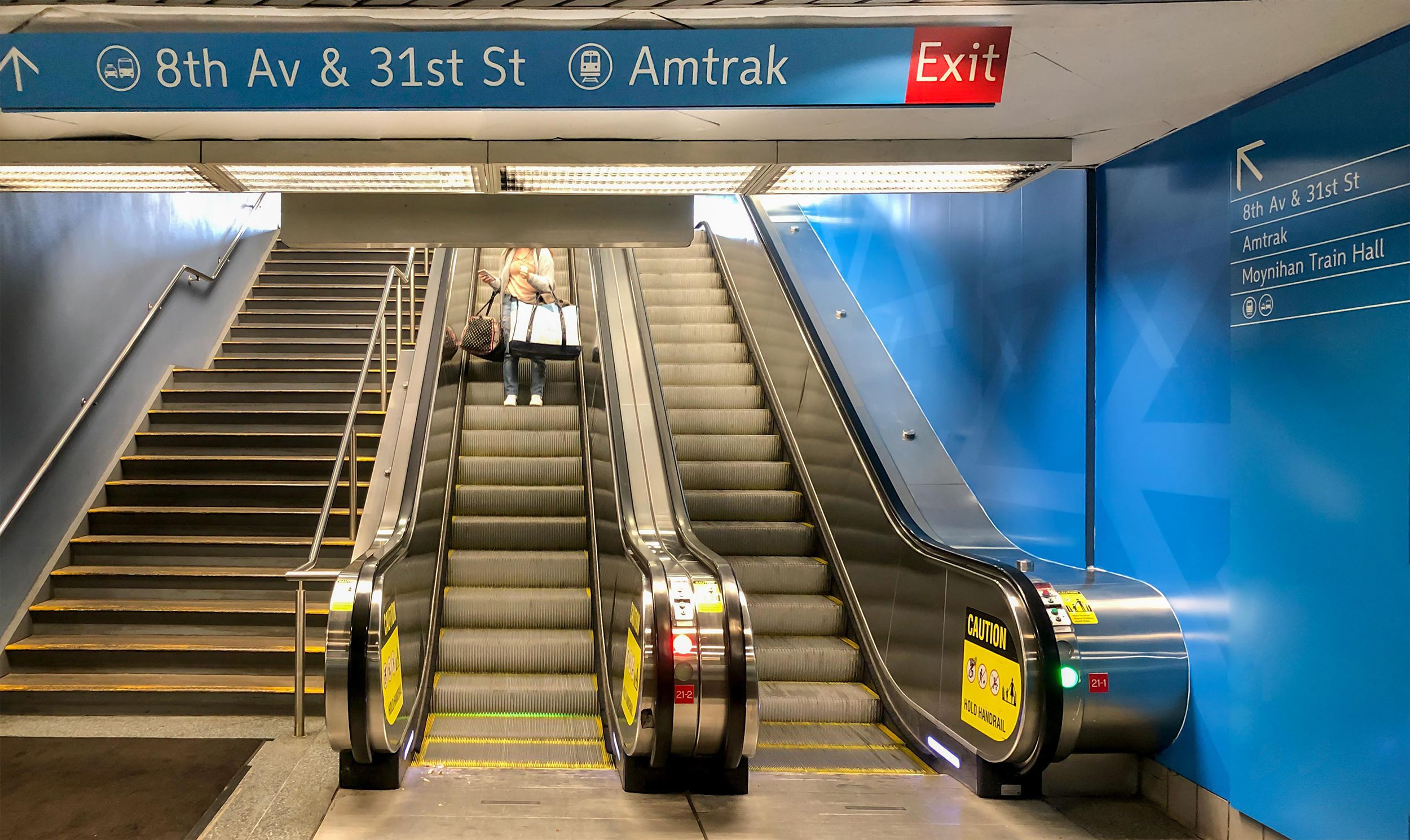 The opening of Moynihan Train Hall (MTH) as an extension of New York’s Penn Station has changed the train travel experience with more platforms, tracks, concourse space, and services. This massive reorganization, including Amtrak’s move to MTH, has set the stage for several long-awaited improvements to the existing Penn Station. 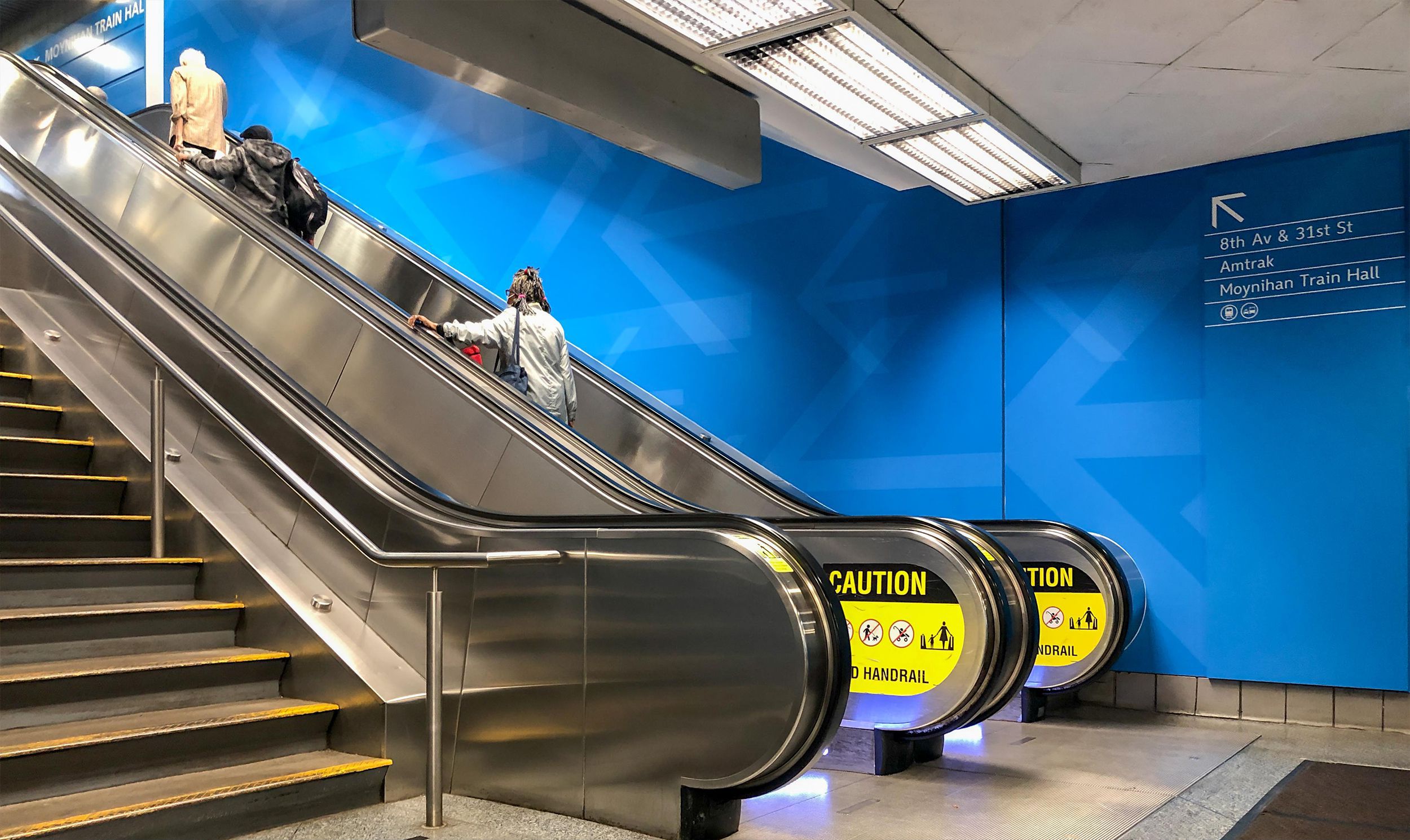 This is no small undertaking: Penn Station is one of the busiest transit hubs in North America, with over 600,000 commuters passing through on a daily basis. Located entirely underground, beneath Madison Square Gardens, the space is cramped, low-ceilinged, and notoriously difficult to navigate. 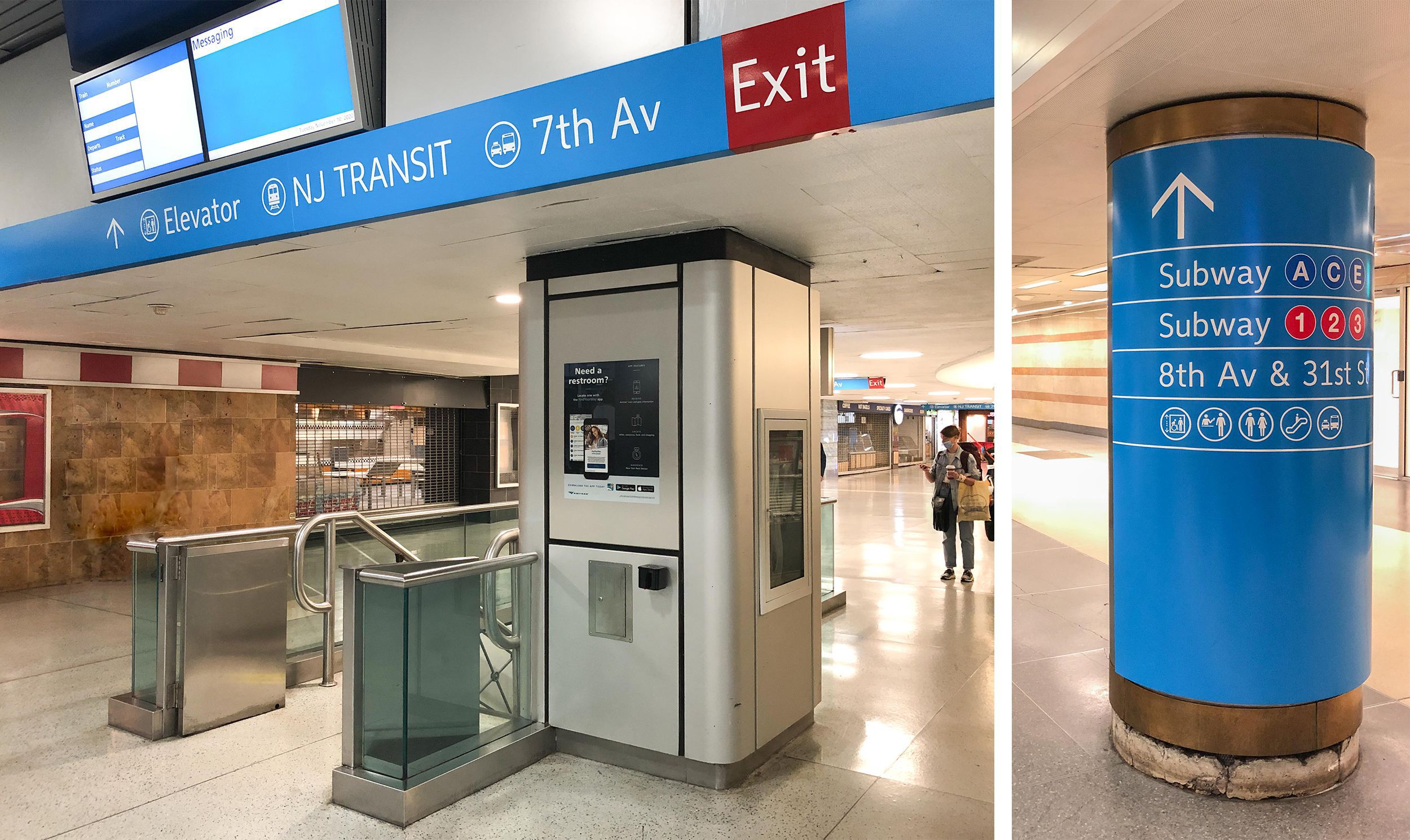 Engaged by Amtrak, Entro oversaw the strategy and implementation of a station-wide unified wayfinding program, referencing design guidelines previously developed by Two Twelve. The project required coordination and collaboration with Penn Station’s major stakeholders, New Jersey Transit, Long Island Rail Road and the MTA. The overarching goal of this reinvigoration effort was to initiate a cohesive passenger experience within the existing Penn Station, beginning with the primary public concourse areas of the station managed by Amtrak. 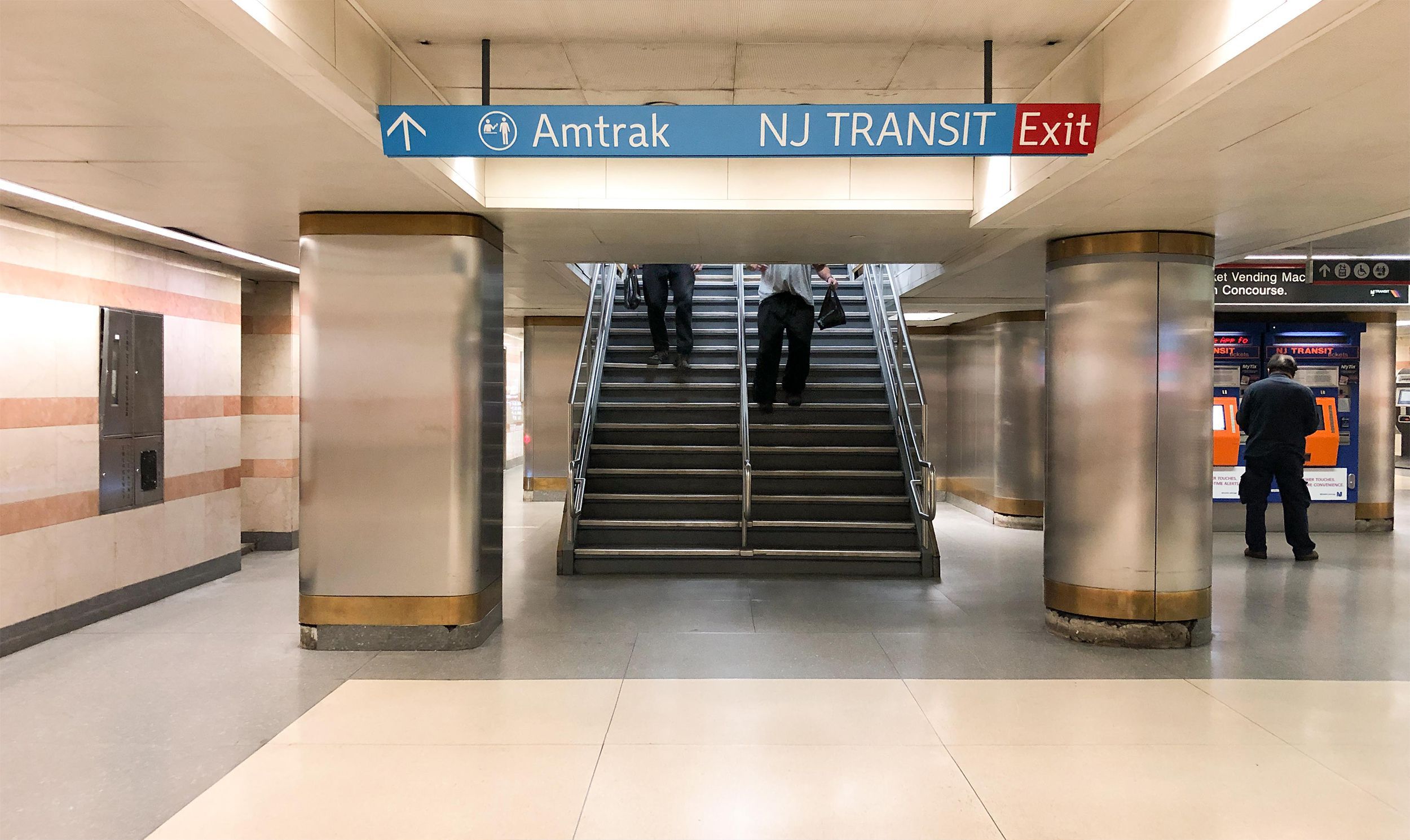 To break through the visual clutter of the station’s warren of corridors, the new wayfinding system relies on a simple, universal and agency-neutral palette of color, messaging and information hierarchy to communicate critical orientation information that is easily seen, understood, and reassuring for passengers. 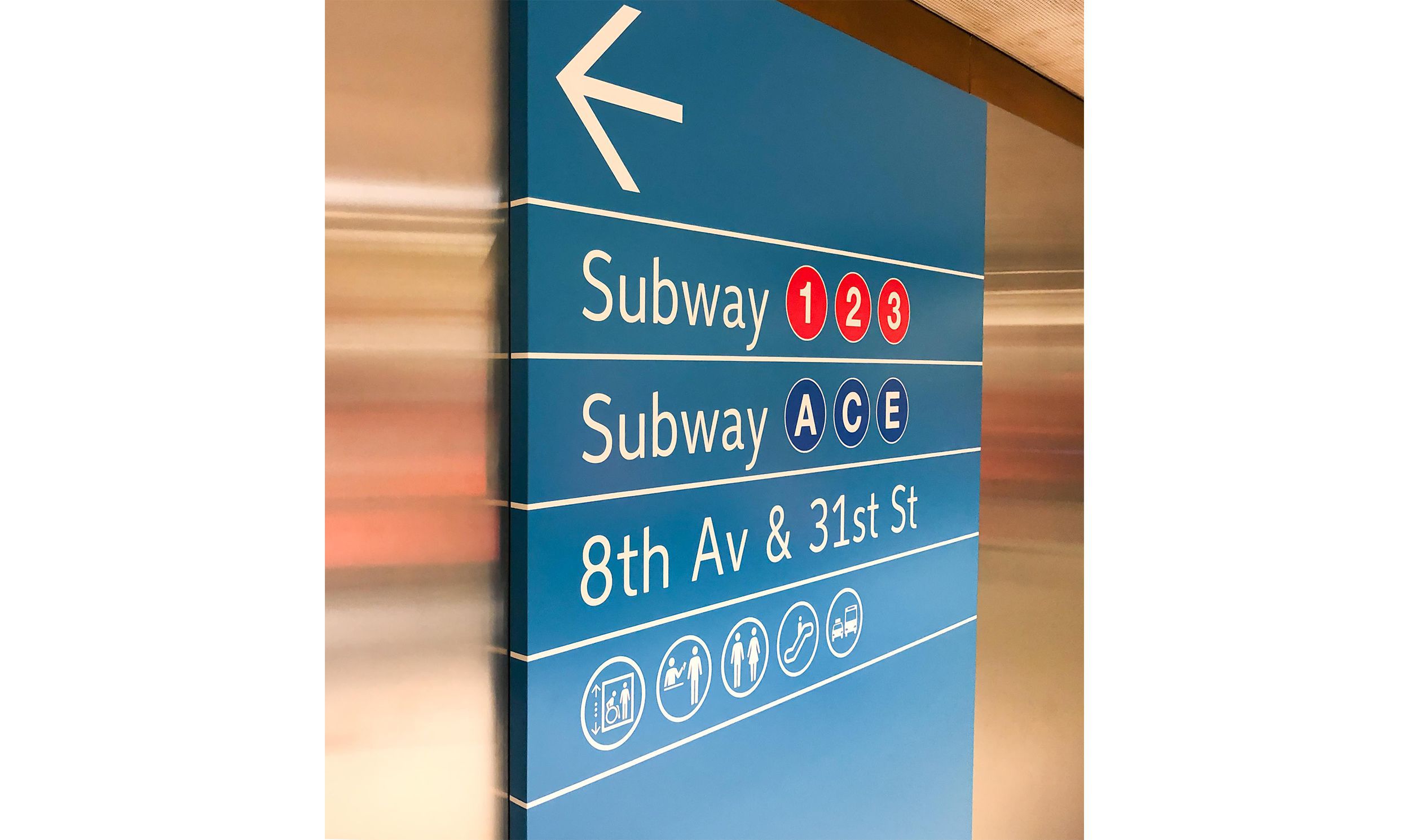 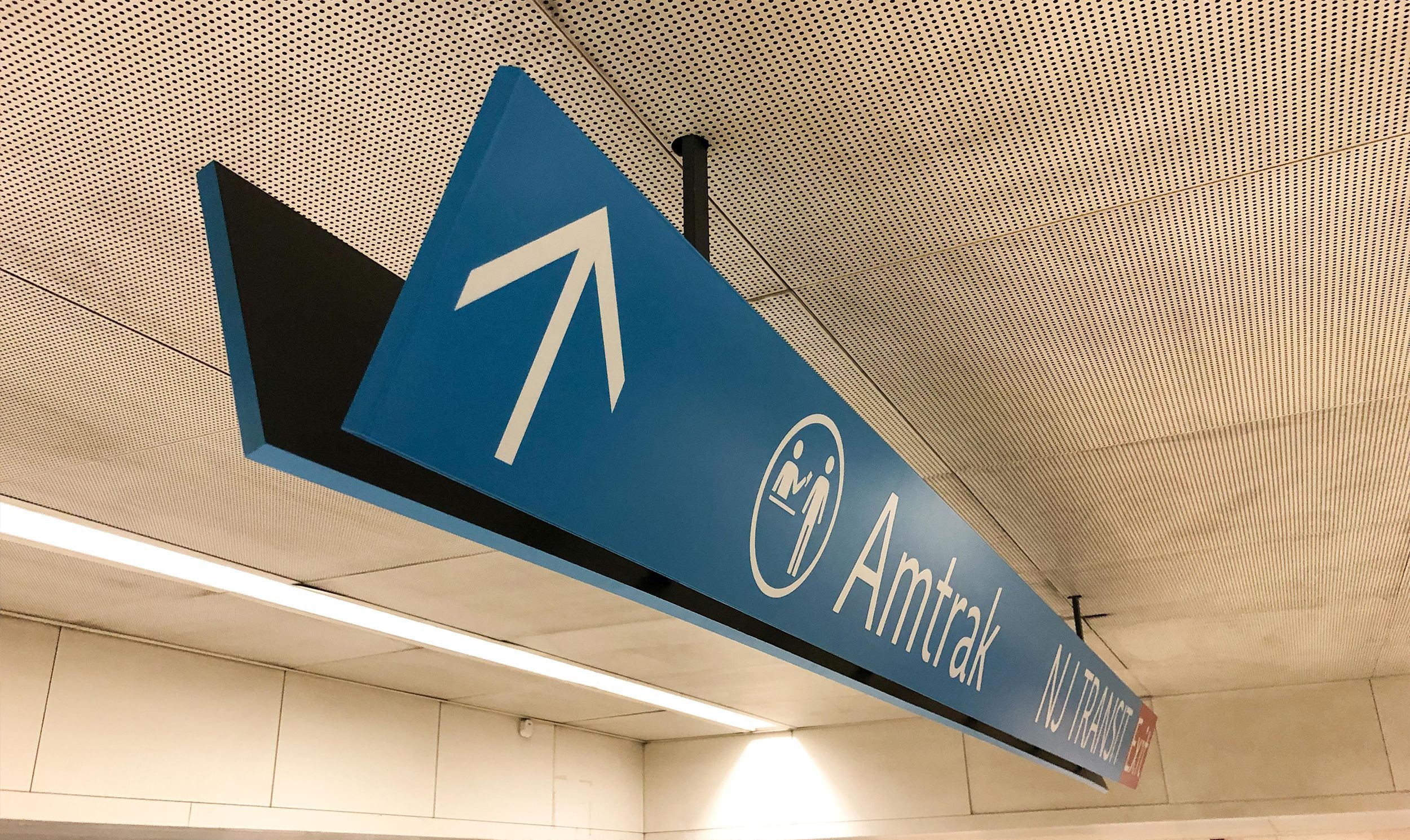 With a combination of static and digital applications, the program includes graphic bands that run the perimeter of open spaces combined with suspended angled signage panels and column wraps within tighter spaces. Pictograms, arrows, ledger lines, and progressive disclosure of information as passengers reach milestones in their journey help to keep messaging as minimal as possible and therefore the design as clean and fresh as possible. 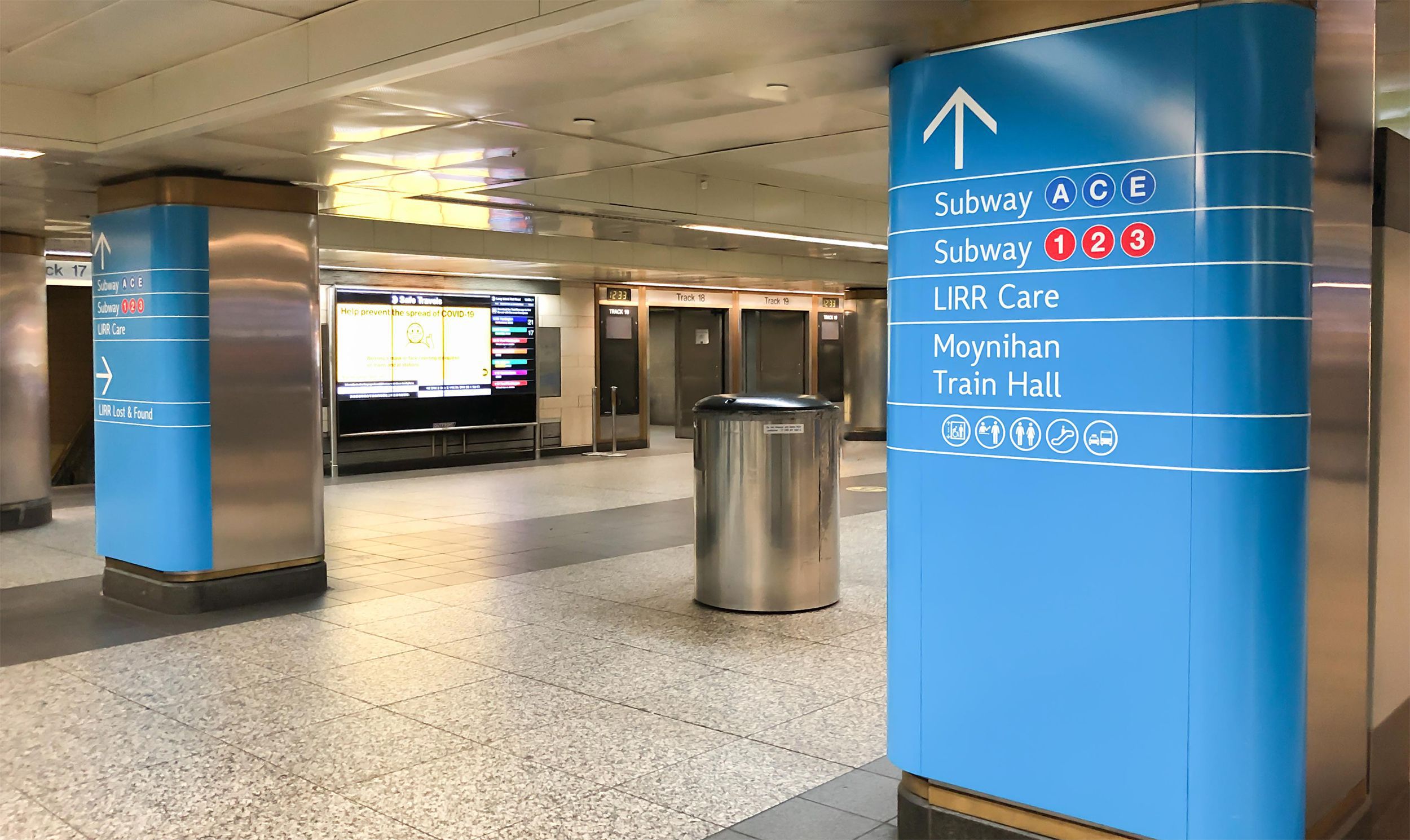 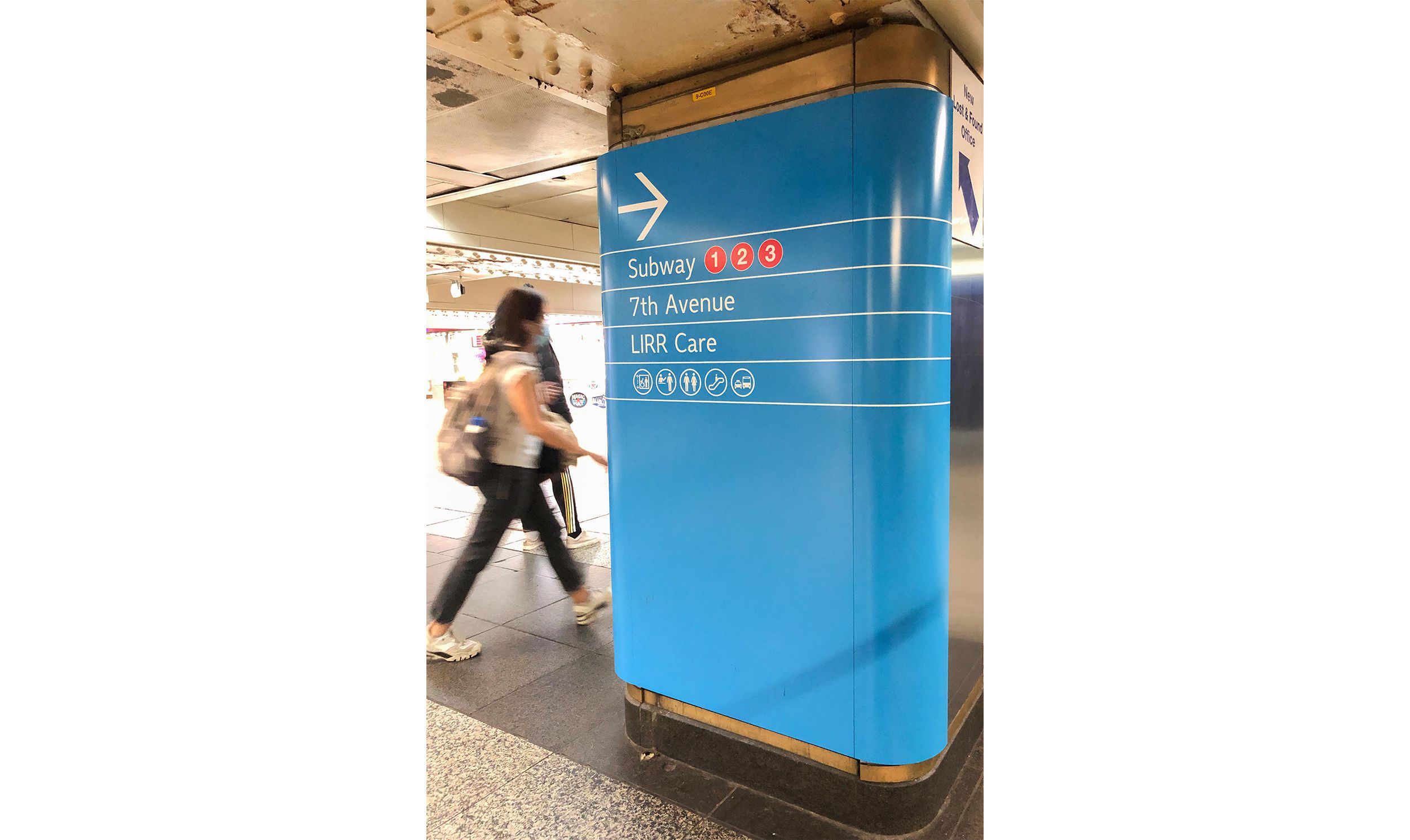 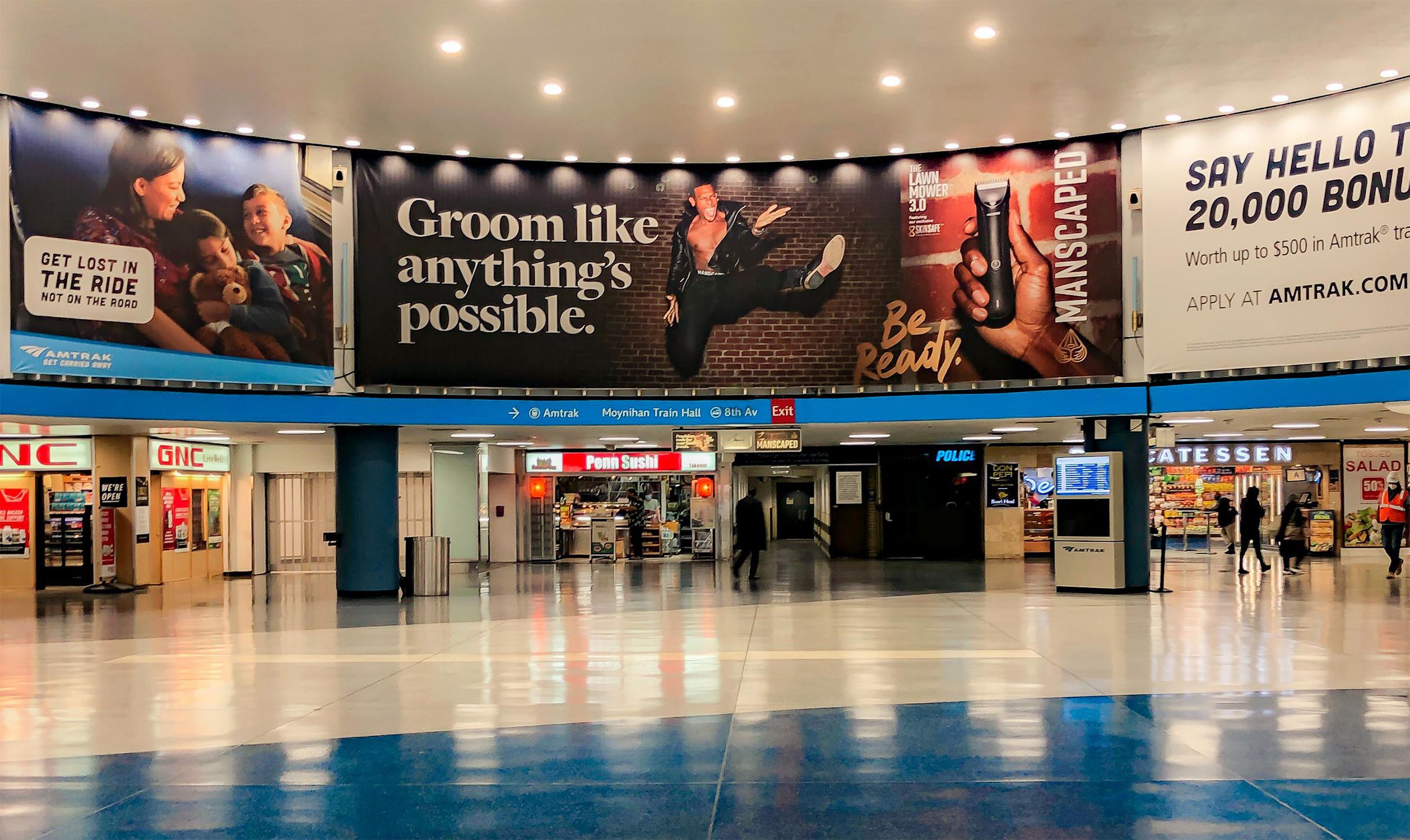