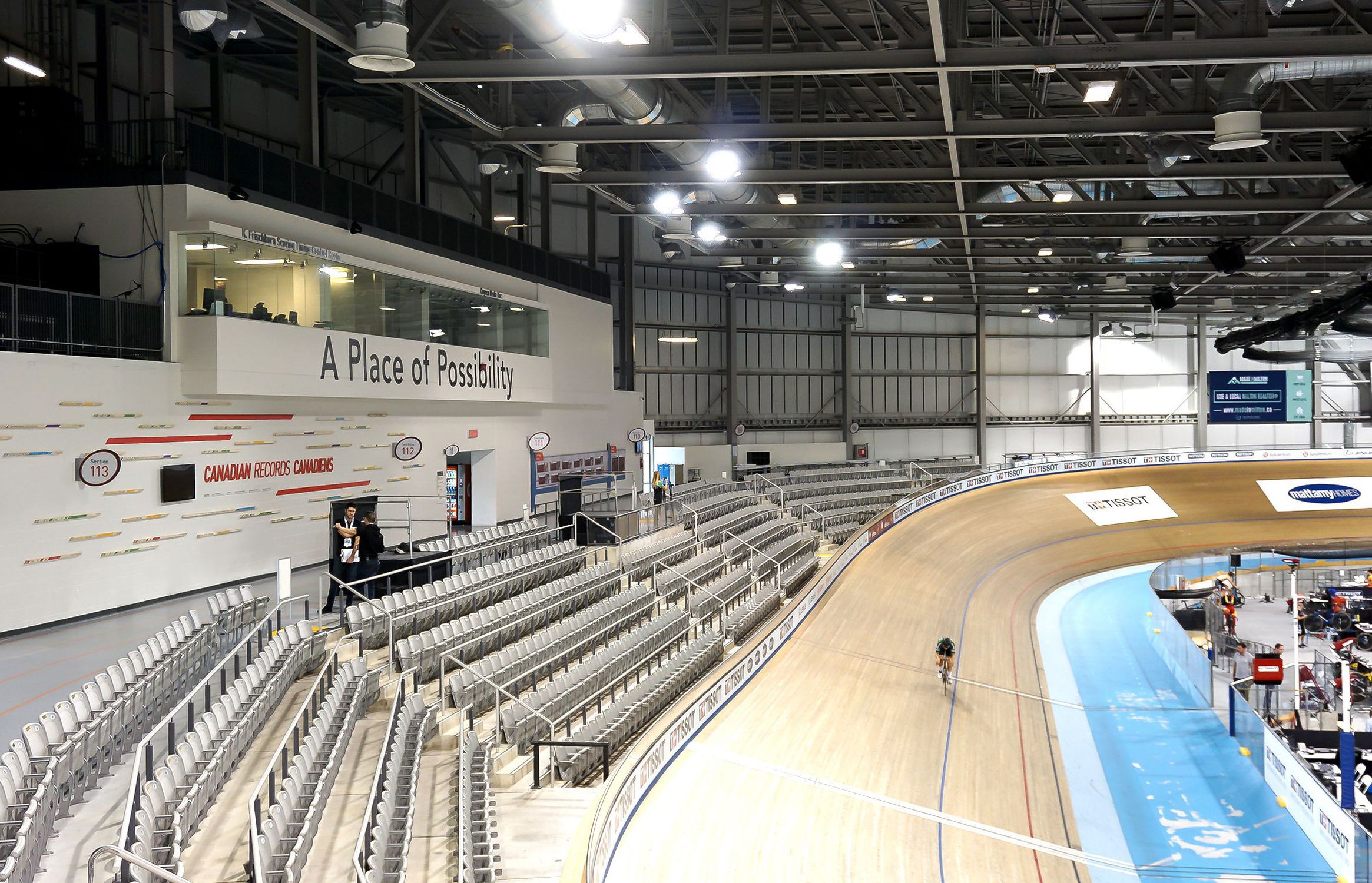 Aspiration is integral to sport, and in many cases this is born from recognition – recognizing the athletes that have had major success while creating role models for those still climbing to the top.

Originally built for the 2015 Pan Am games, the Mattamy National Cycling Centre is now home to the provincial and national cycling associations and is the training destination for many accomplished and hopeful athletes. The venue also hosts a number of national and international level events over the course of the cycling year. 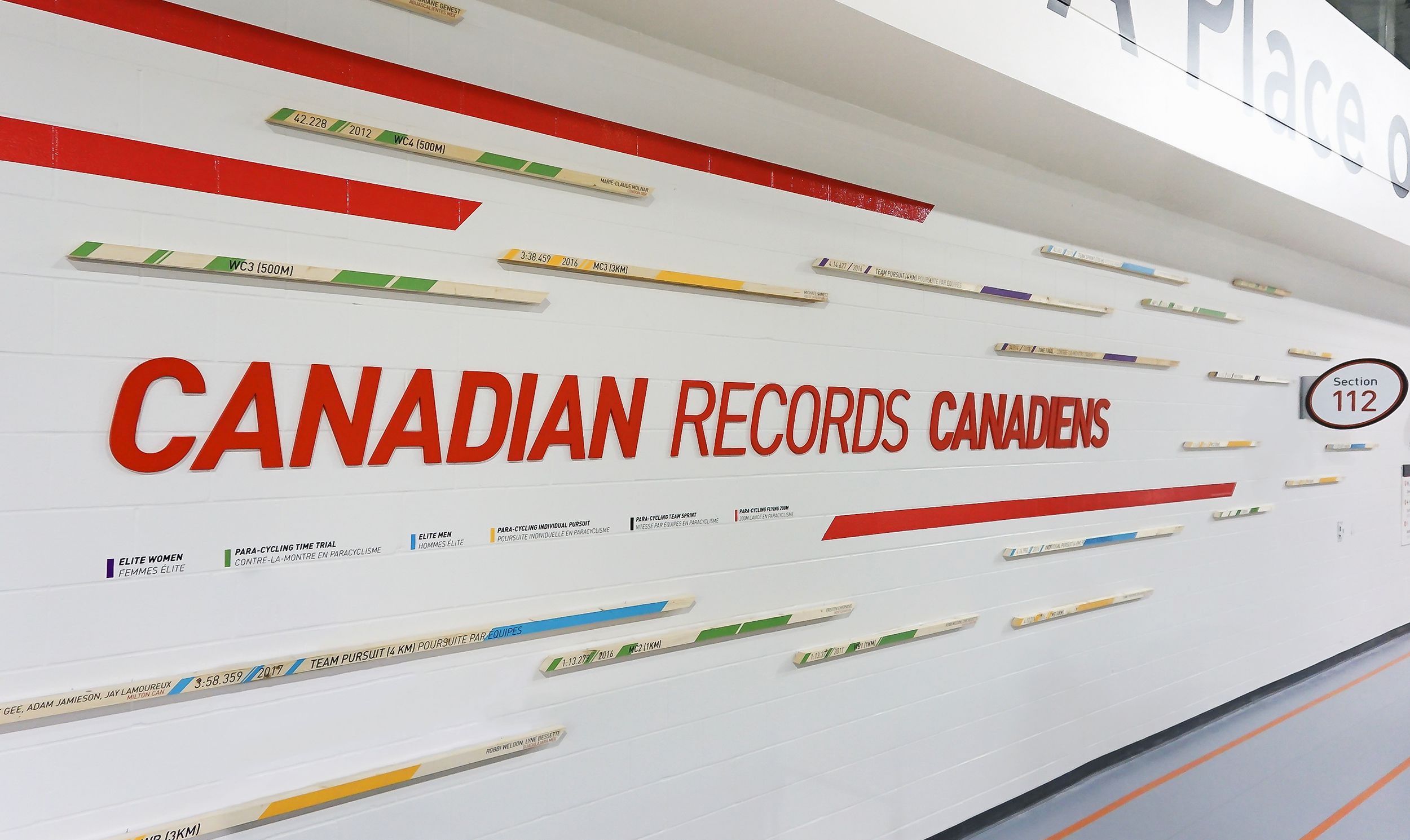 Entro was commissioned to design a Records Wall to both beautify and animate the space, as well as inspire hopeful athletes by showcasing the achievements of our top performers. The wall features Canadian track records for Elite and Para-cyclists in individual and team events. 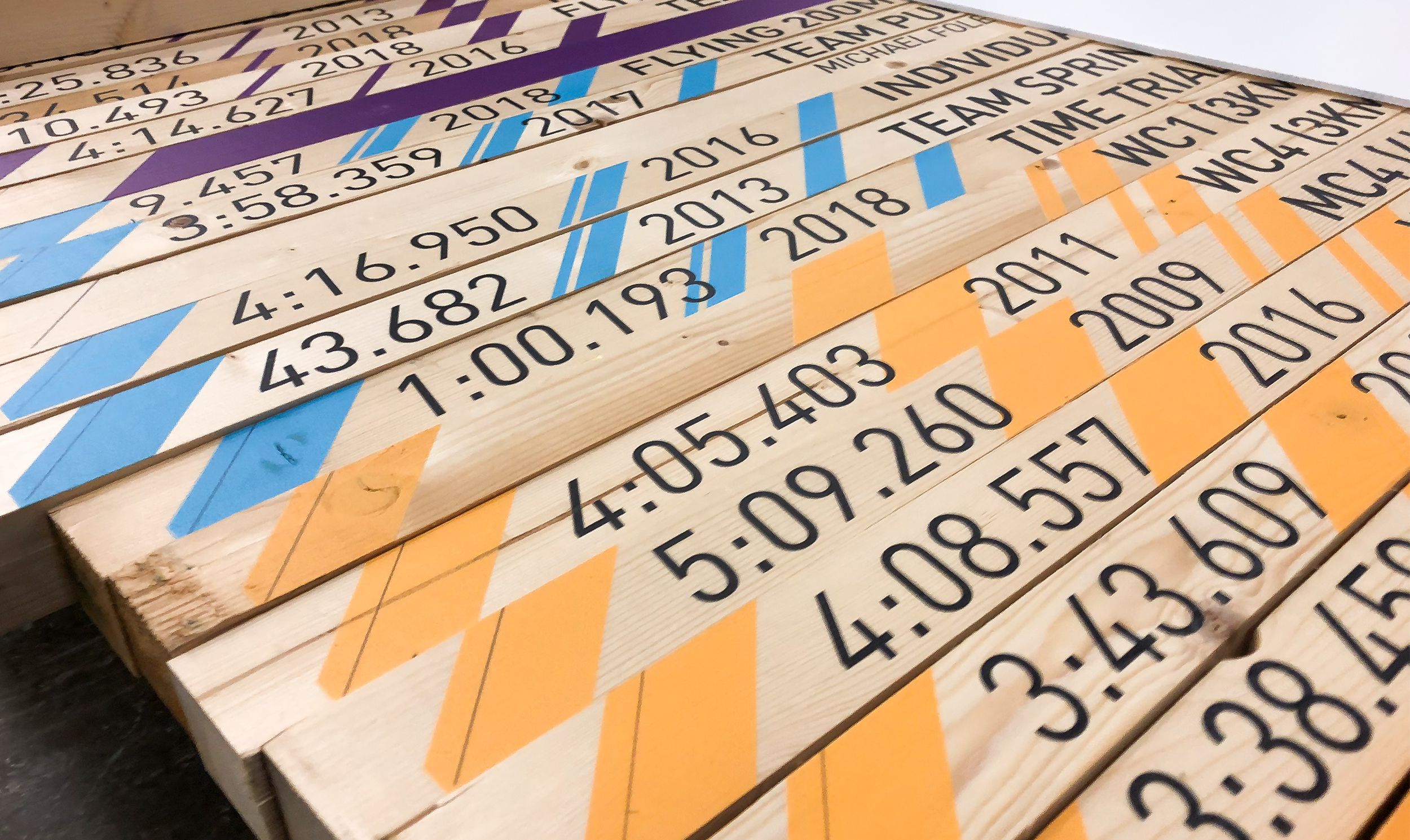 Our design approach for the wall emphasizes a deeper connection to the sport, for the athletes and audience alike. The wood panels that serve as the graphic carrier for the individual records are made from the wood strips found in the velodrome track itself and are arranged in a pattern that visually expresses speed.

We were challenged with many records to display (37 records in 6 categories), with detailed information about the race, title and athlete for each record. Colour coded and printed directly onto the wooden strips, the records for the most notable events fill the space. A digital screen will be incorporated to display additional records not represented on the physical wood panels. As two athletes who are visually impaired achieved six of the records, clear braille was applied to these records adding another dimension of accessibility and inclusiveness to the design. 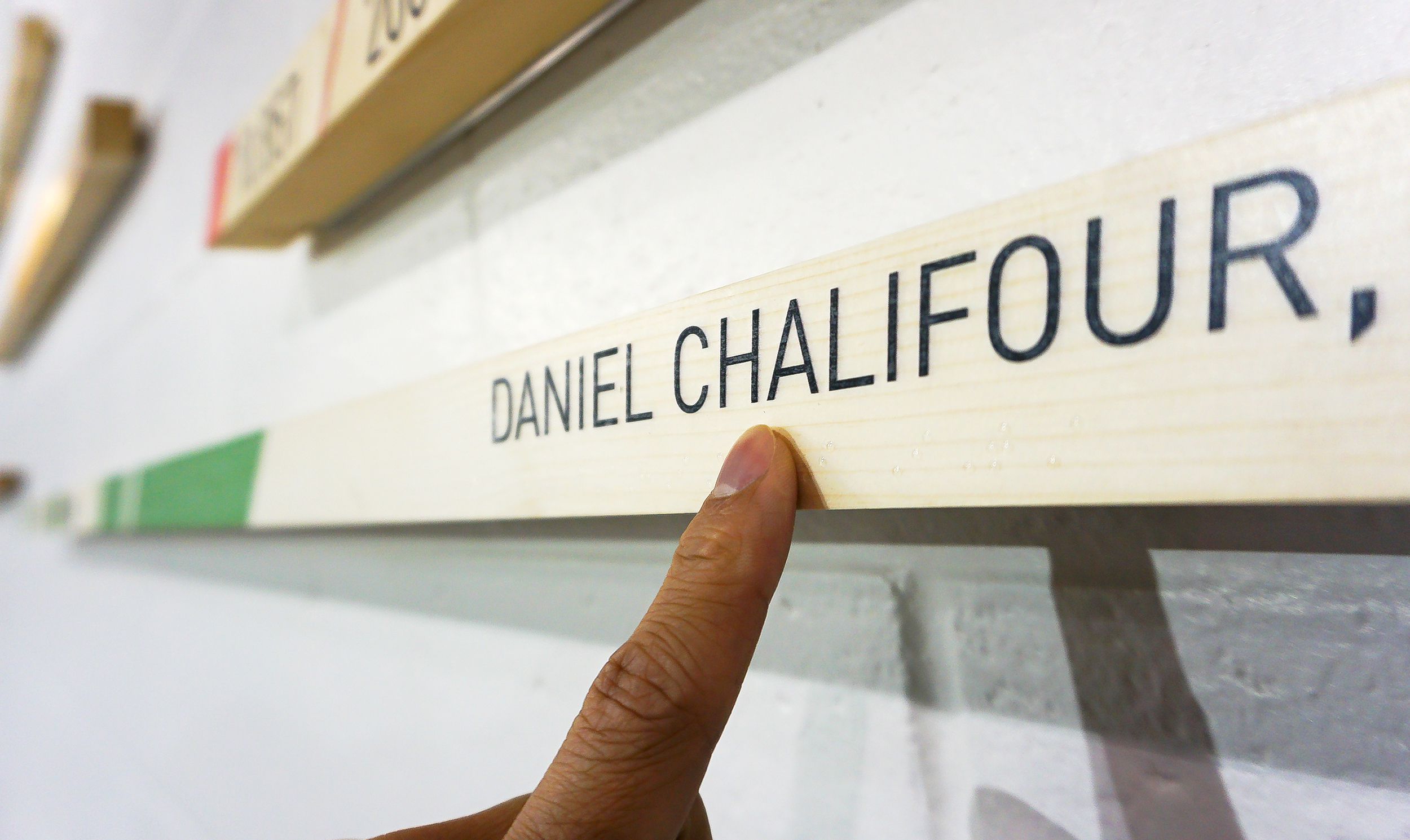 Naturally, records are from time to time broken and the design of this wall allows for results to be easily updated. The panels are mounted to the wall with French cleats to make them removable and changeable.

The Canadian Records Wall made its debut to all of the attending public, athletes, and media at the Tissot UCI Track Cycling World Cup, and on the first day, one of the records on the wall was already broken twice by Canadian athletes! Find out more about the Mattamy National Cycling Centre here.