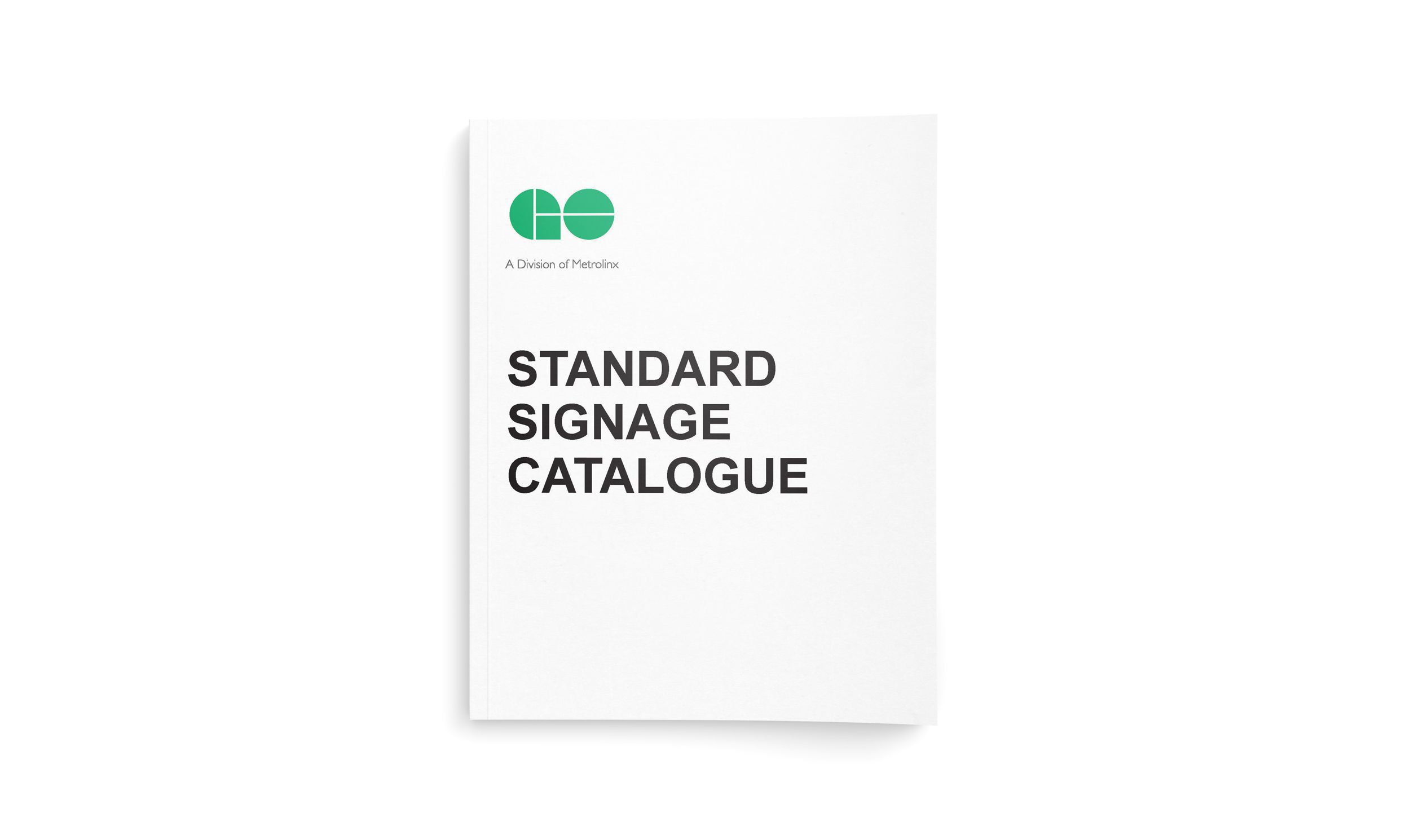 Metrolinx's transit network plan for the Greater Toronto and Hamilton Area (GTHA) is transforming the region, connecting over ten transit agencies through the ‘Seamless Network' initiative. A wayfinding harmonization project was launched to ensure a human-focused transit wayfinding program that will help users find their way easily through the entire system while ensuring each agency retains their brand identity. Entro developed and continues to work with GO Transit on their signage standards as renovations and new stations are completed. 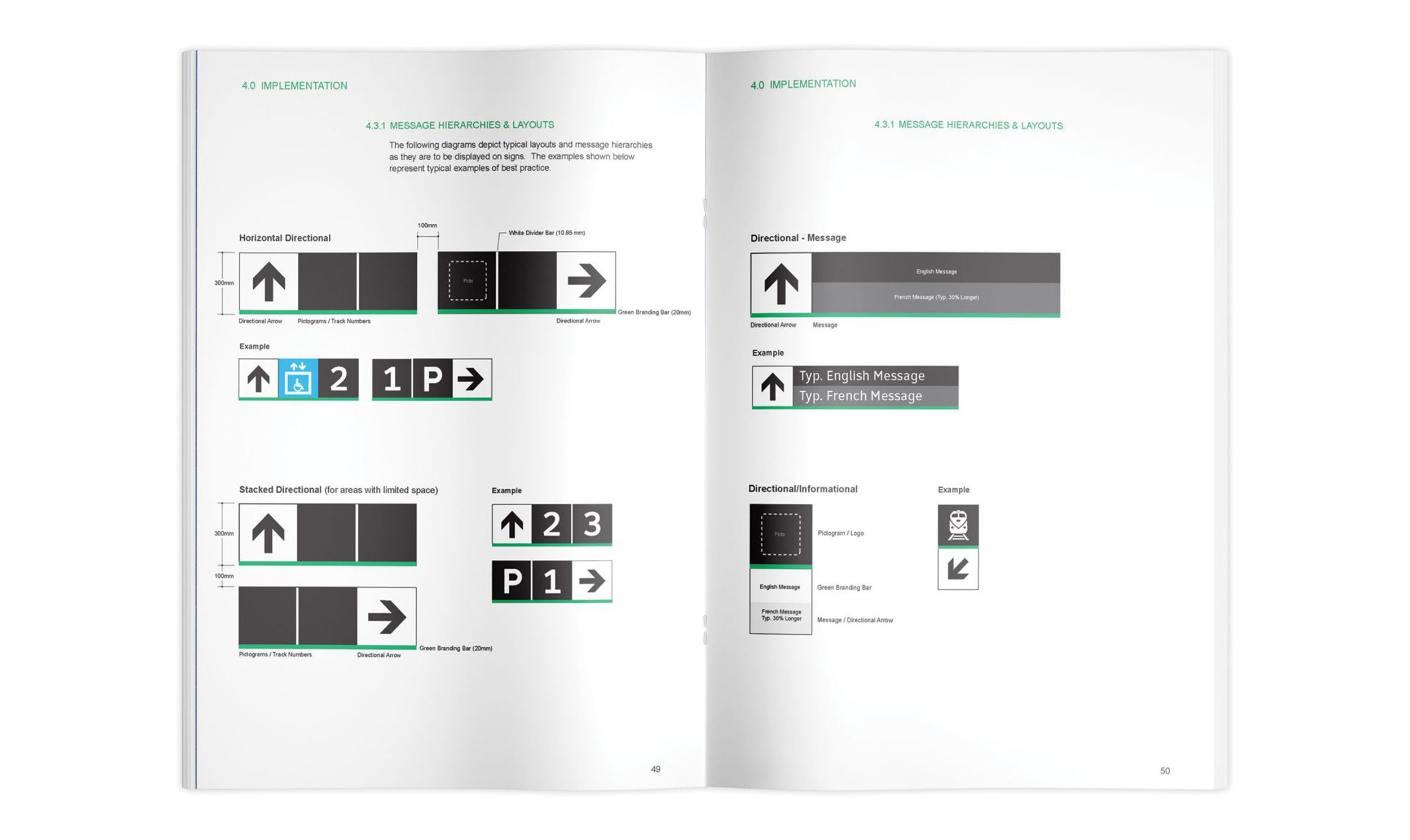 Our guidelines for GO Transit provide for consistent signage at stations, naming conventions and mapping. These guidelines were further expanded in 2014 to more thoroughly consider station identification and circulation (ingress and egress) specifically for vehicles and pedestrians.

We included illumination for visibility while avoiding any visual clutter by adding a long light band on the sign edge to draw attention to main entrances of stations. We also recommended pictograms instead of written text wherever possible, to accommodate users of multiple cultures and languages.

Entro's guidelines provide an integrated, consistent look and feel for GO Transit, supporting Metrolinx's overall harmonization initiative. The harmonization will unify all the region's transit agencies allowing them to operate as one holistic system, ultimately making transit more intuitive for its users.