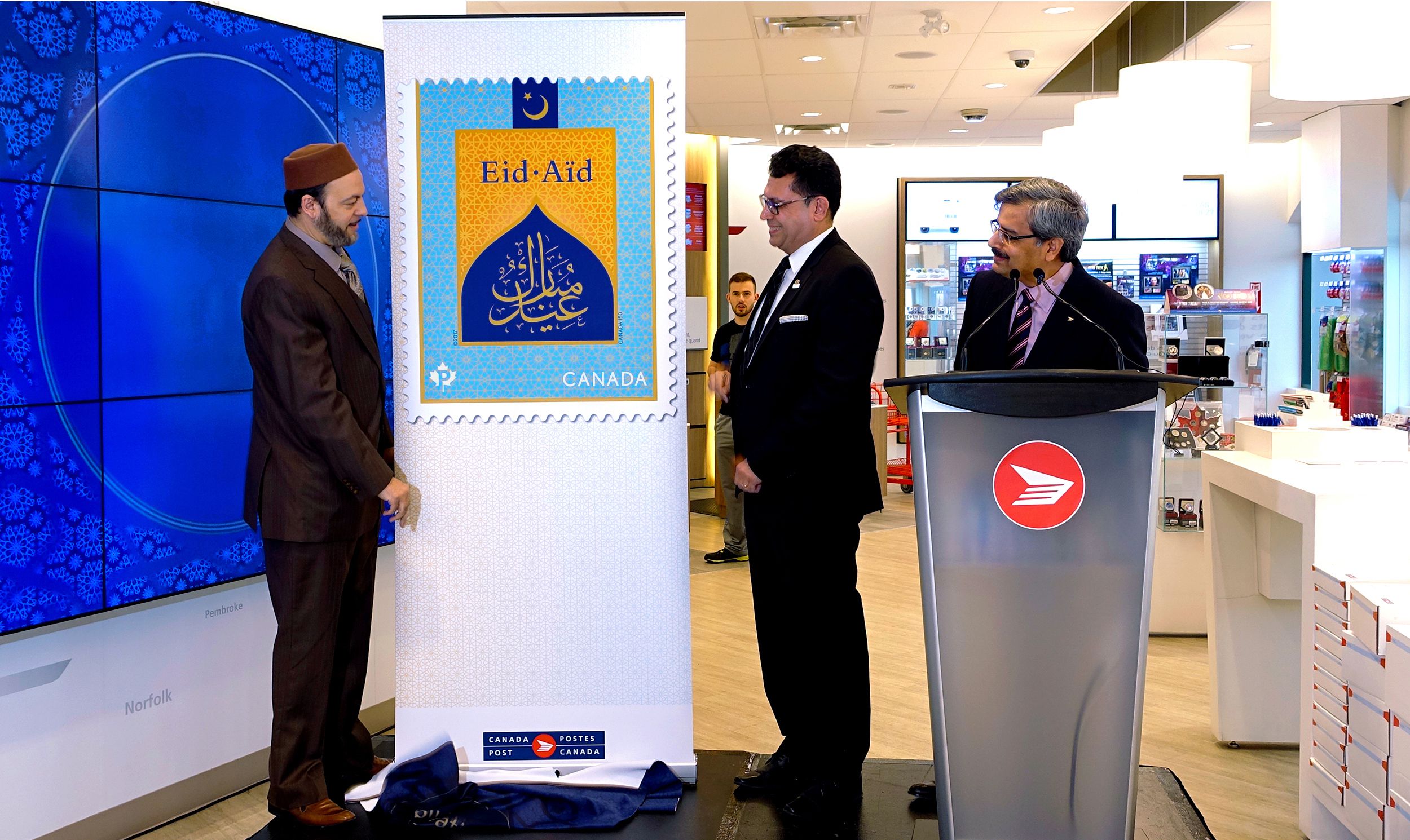 As part of an initiative titled 'Cultural Celebrations', Canada Post released an Eid stamp that commemorates Eid al-Fitr and Eid al-Adha, two significant festivals celebrated by Muslims in Canada and around the world. Entro's stamp design was selected by the Canada Post advisory committee. The stamp was unveiled simultaneously at events in Montreal and Toronto in the Spring, where we were invited to share the design background, meet prominent members of the Muslim community and sign first day covers for collectors. It was an evening to celebrate not only Eid, but also the diversity we all cherish as Canadians. 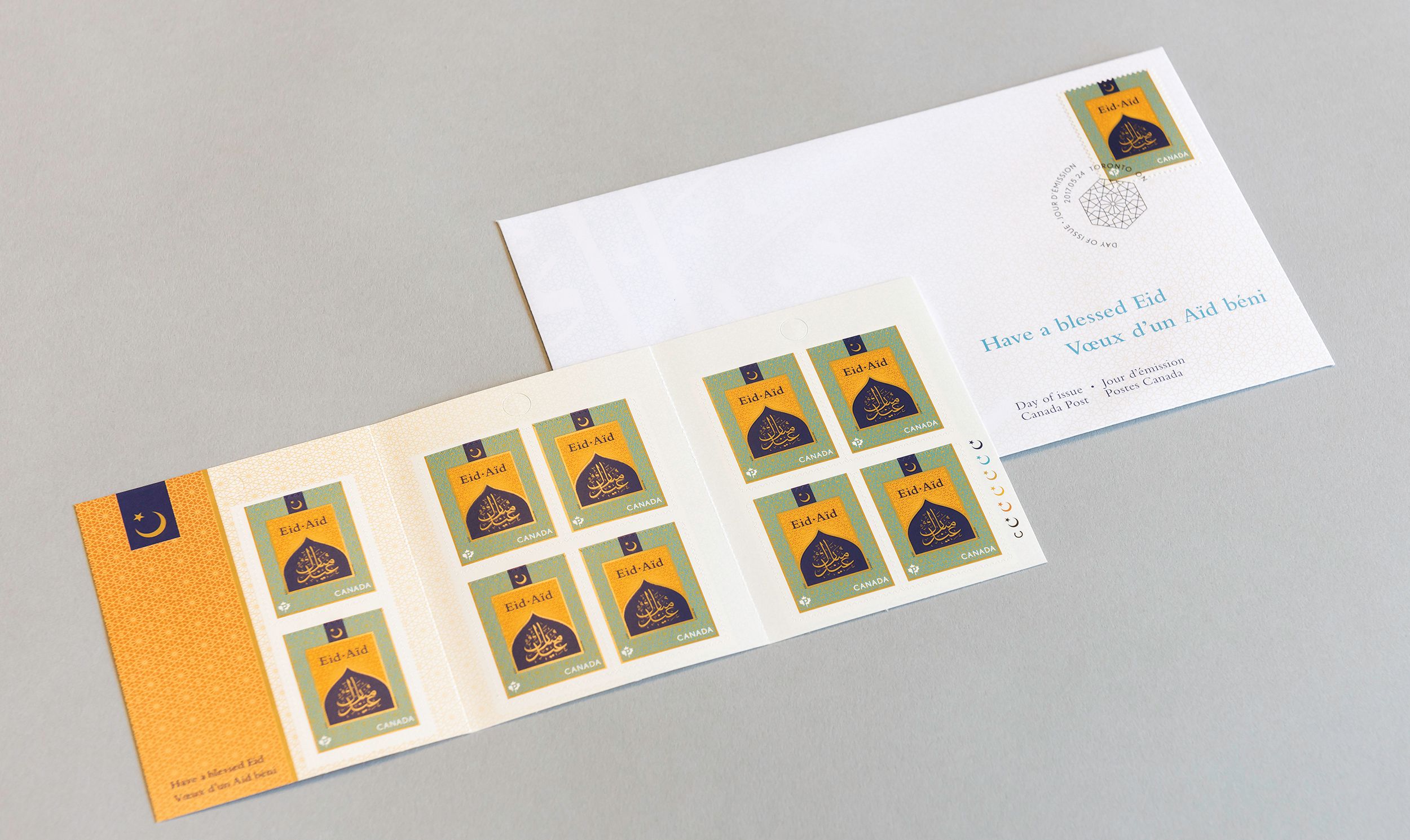 The design focuses on the arch as a reflection of unity, beauty and light in the Islamic faith and their mosques, while also symbolizing the division between sacred and worldly space. The message 'Have A Blessed Eid' written in Arabic script is featured in the centre of the arch. The forms and colours create the impression of looking through a window into the night sky, with the moon shining its light to signal the beginning of celebrations. The colour palette stems from Islamic architecture – the deep blues and warm golds create a bold contrast, and turquoise is used to reflect the mosaic tiles covering the walls of Muslim mosques where it is often used. The intricate and geometric pattern was sourced from Islamic architecture, using gold to calmly flow the pattern through the stamp to the booklet, creating a unifying visual language. 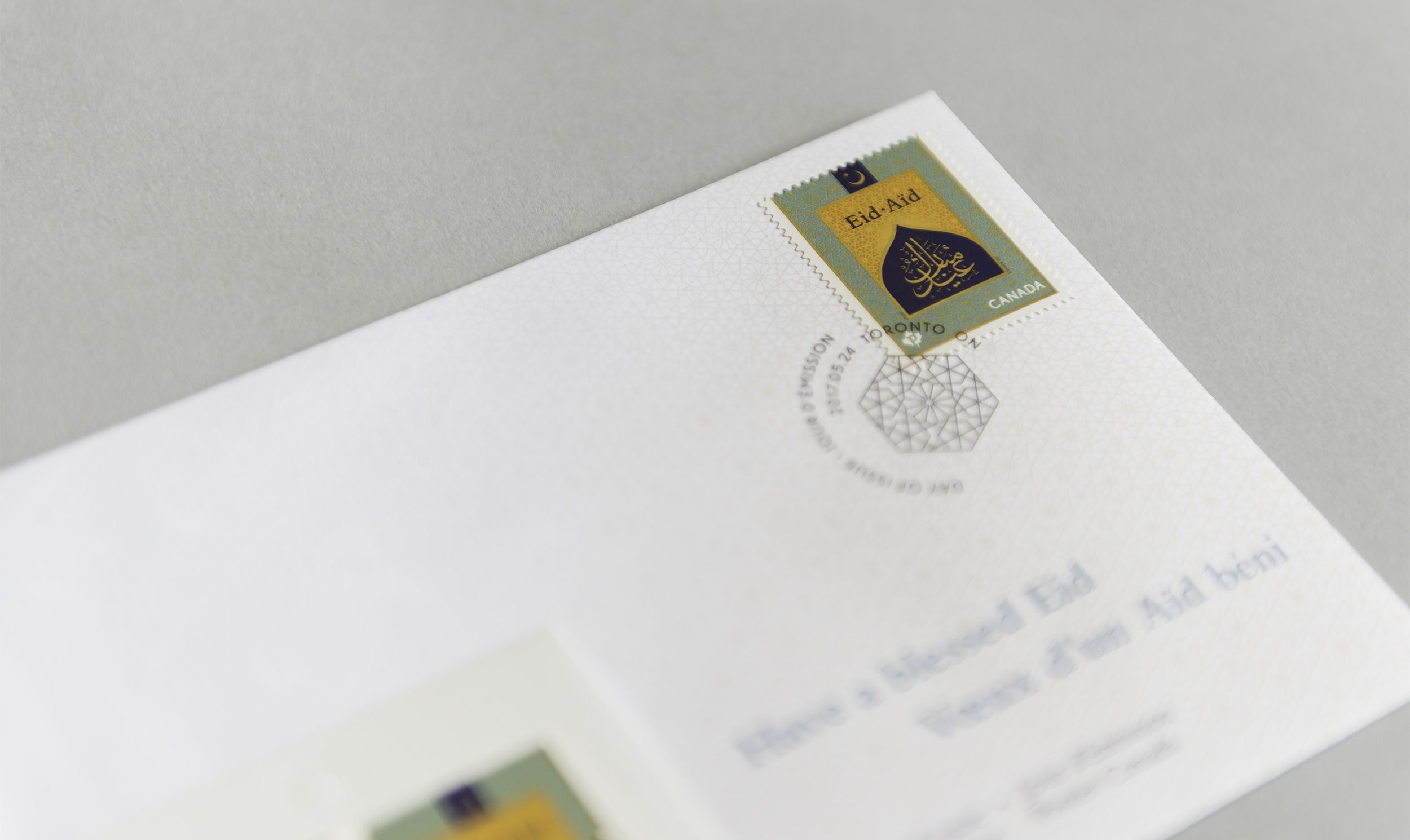 Canada Post will be issuing the complete 'Cultural Celebrations' stamp initiative including a stamp that celebrates Hanukkah, the Jewish faith’s eight-day celebration, as well as a joint stamp with India Post for Diwali, the Hindu festival of lights. Our stamp designs for both Hanukkah and Diwali will be launched in the coming months, and we look forward to taking part in these celebrations. 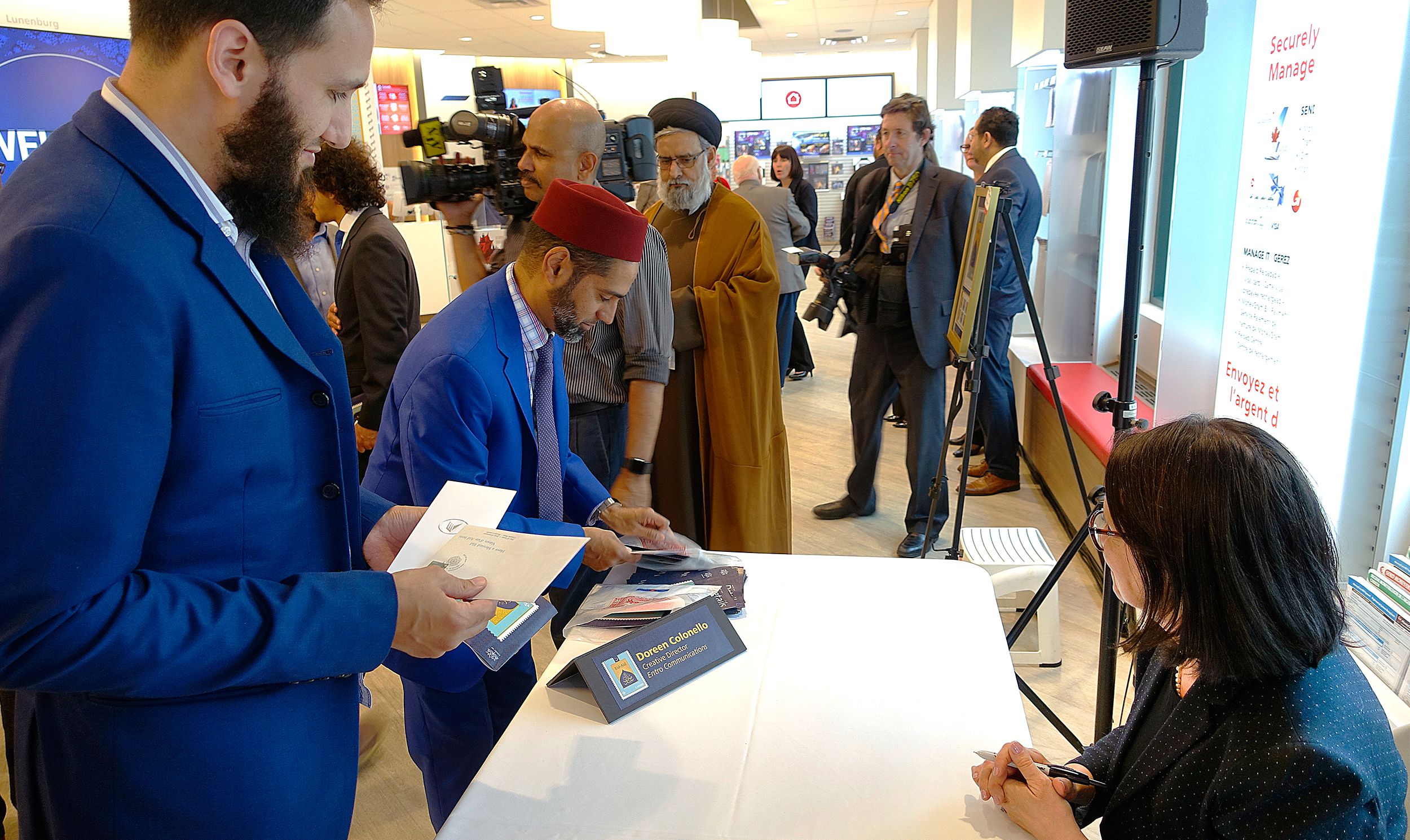