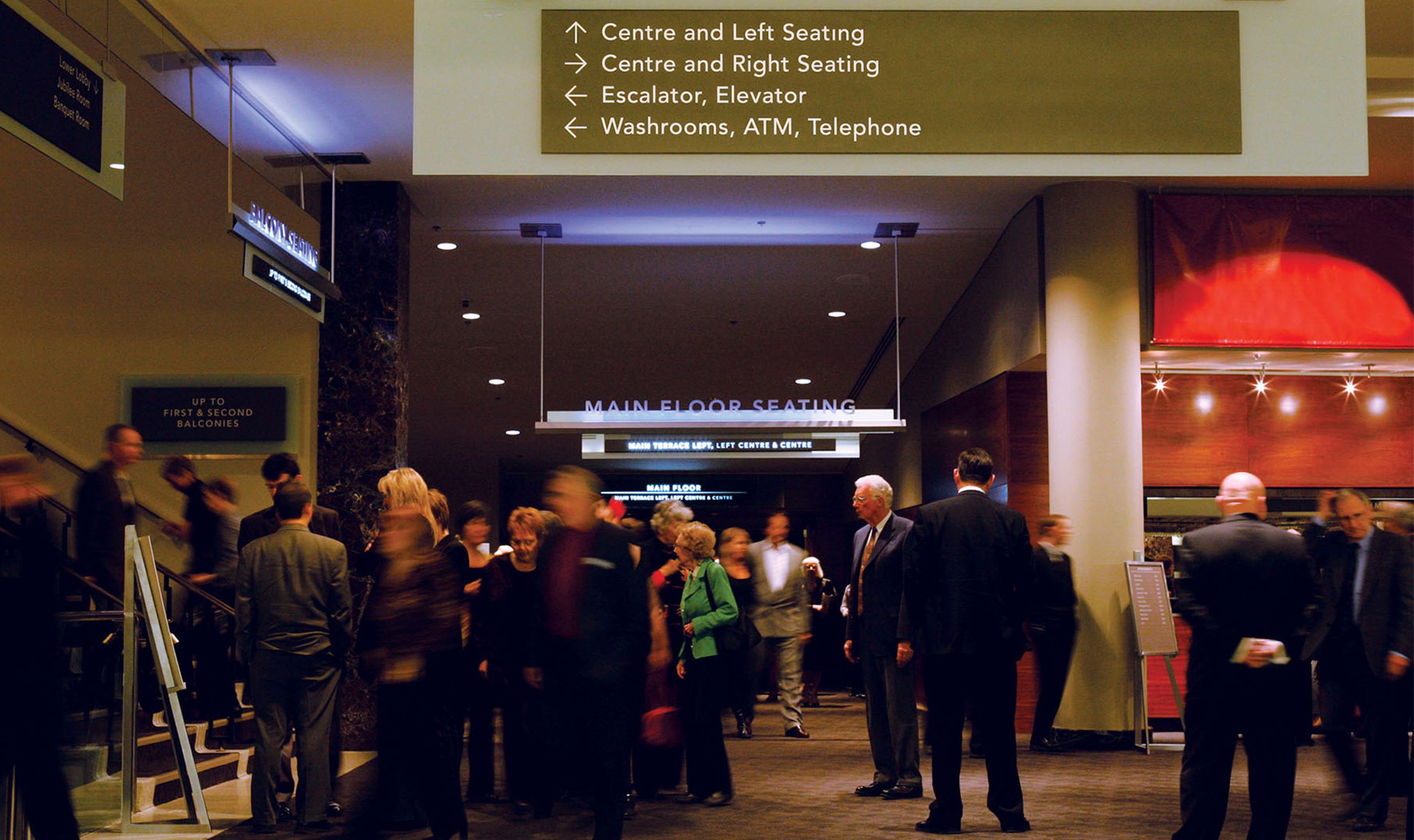 Alberta’s premier performing arts centres, the Northern and Southern Jubilee Auditoria, were completed in 1957 as a legacy of the province’s 50th anniversary. 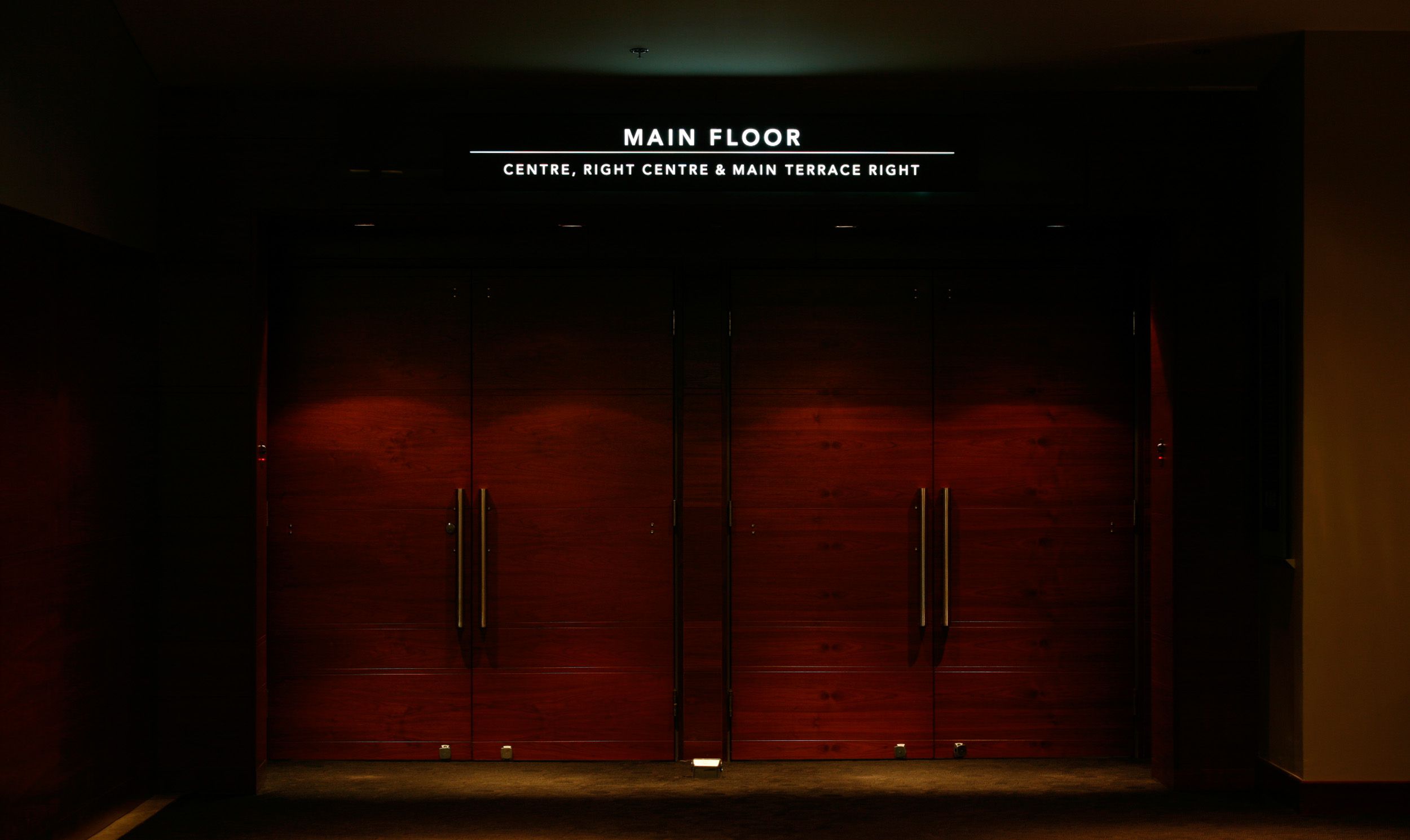 In preparation for Alberta’s centennial, these identical facilities underwent significant renovations to upgrade the building systems, and to greatly improve the visitor experience. 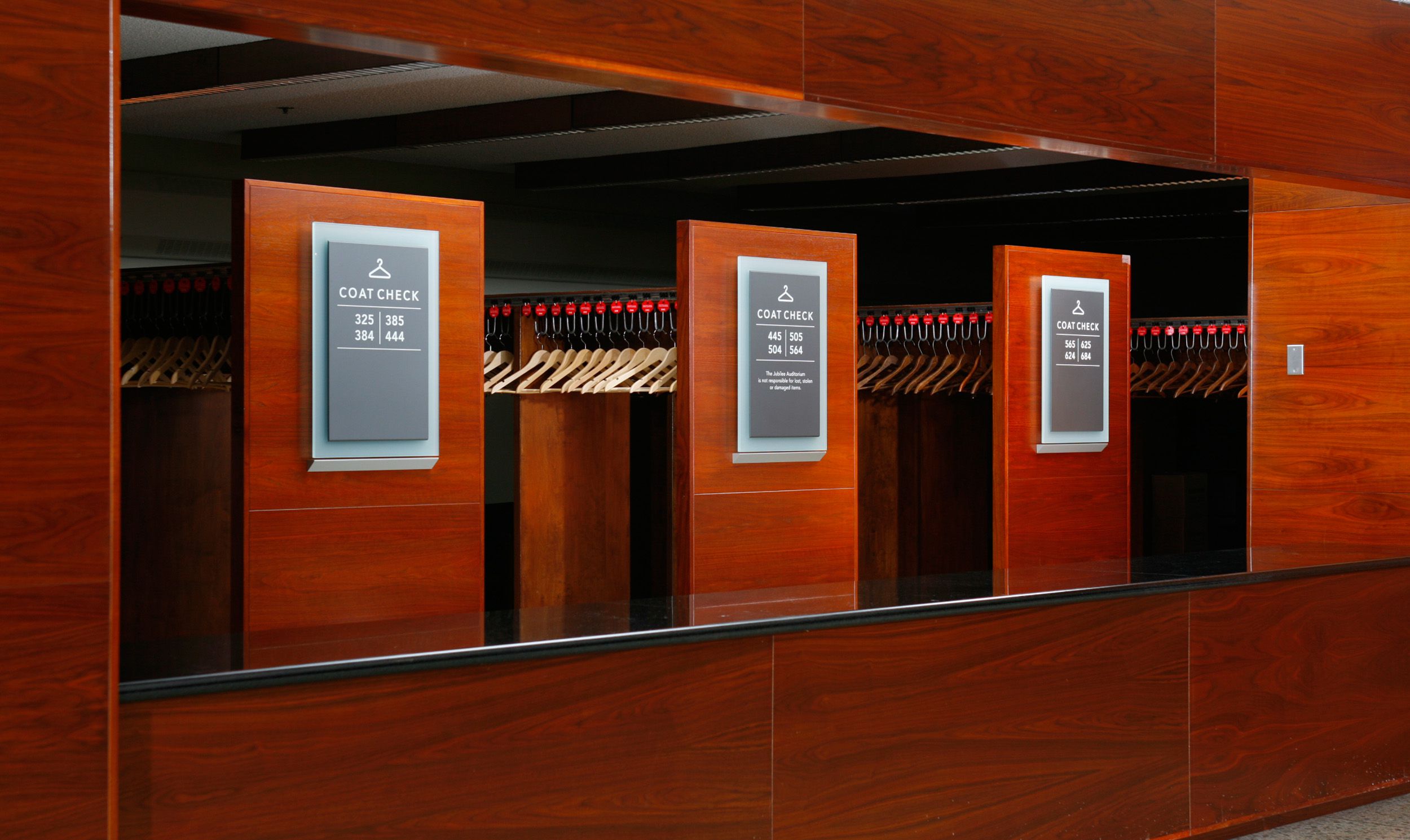 Entro planned and designed the signage program, in association with Terry Heard Designers for industrial design. 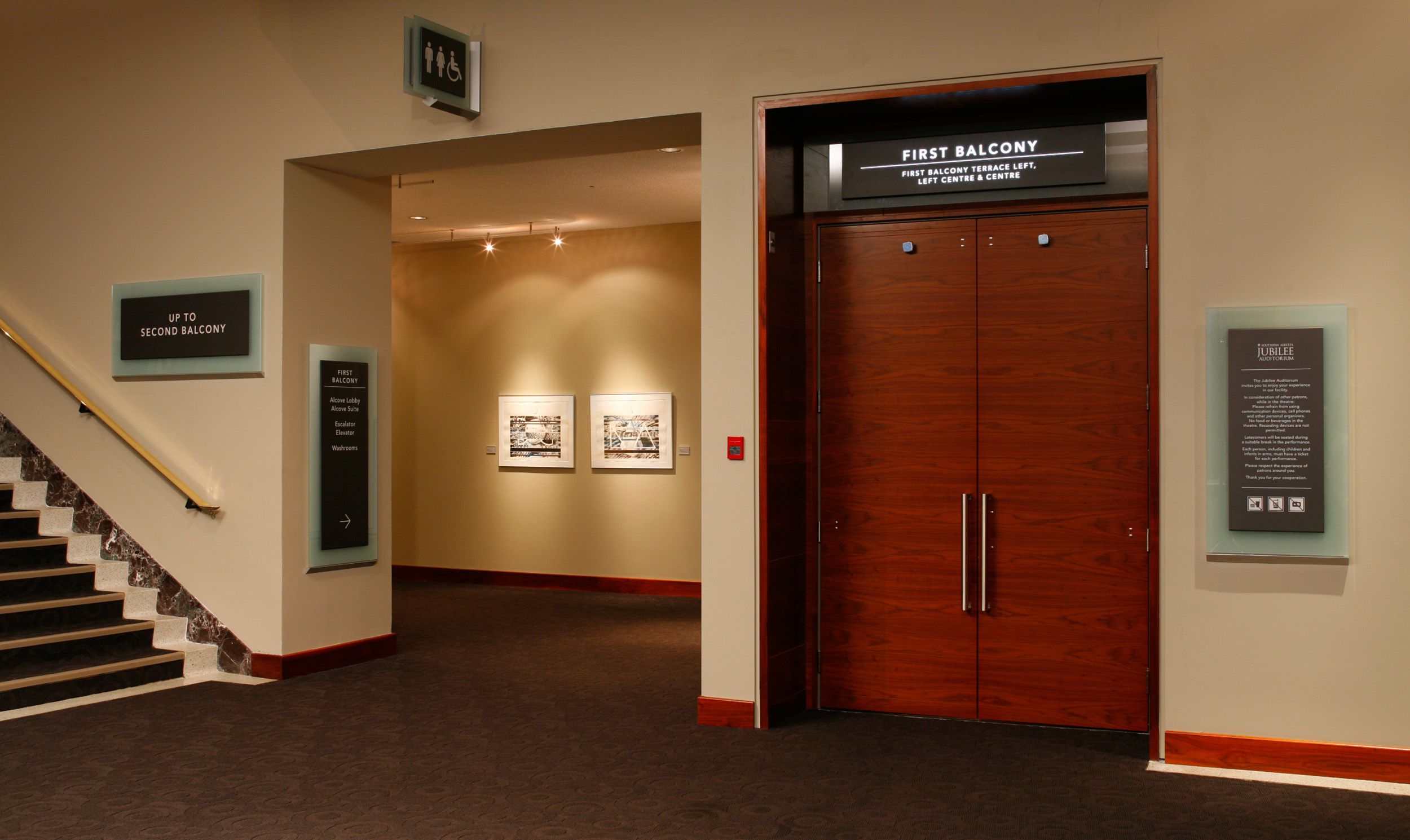 The signage complements the elegance of the new concert halls and lobbies as part of the $90-million redevelopment program led by Stantec Architecture for Alberta Infrastructure.