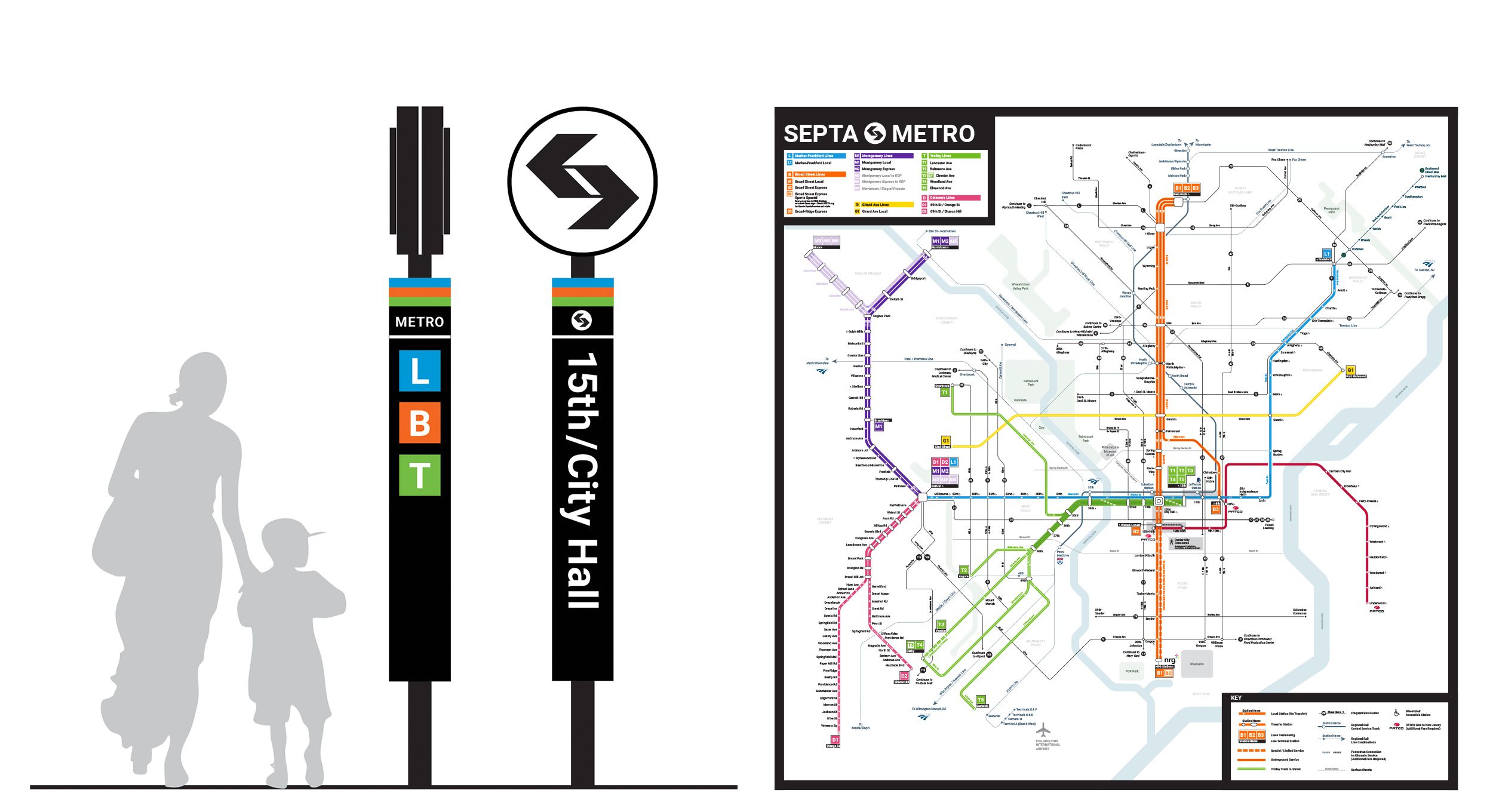 Southeastern Pennsylvania Transportation Authority (SEPTA) recently released its Wayfinding Master Plan with the aim of making Philadelphia’s rail transit network more accessible and easier to navigate. Entro is excited to have collaborated with SEPTA, its riders and many other stakeholders over the past year to develop a concept for a new name and visual identifier for the network, as well as new route names, wayfinding signage, and maps.

The network includes the Market-Frankford Line, Broad Street Line, Norristown High Speed Line, and the City and Suburban trolleys, which together move hundreds of thousands of people each day.

At the outset, SEPTA was aware that the rail transit wayfinding signage was inconsistent and often difficult to understand. Through extensive research, where we conducted station walk-throughs and collaborated with SEPTA to engage riders through surveys, workshops, and interviews, we gained insight into the needs and perspectives of the diverse communities who use the system.

Based on this input, the goal was to develop a wayfinding program that was more accessible and universal, easily understood by new riders looking to access different areas of the city at different times of day (not just 9-5 commuters), and non-English speakers. It was also a priority to build off what is working (what is culturally important) in the existing system.

To create a more intuitive transit experience, the team started with the brand and then extended their focus to the development of a clear and concise visual vocabulary and information hierarchy. The proposal is to name the system “Metro”, with a corresponding system identifier that will help riders easily recognize stations at street level. Each route will be identified by its own color (many carried over from the existing system for easy recognition) and a single letter. By using both colors and letters, the wayfinding information can be understood by non-English speakers and people with color vision deficiency.

Next Steps: Before moving forward with implementation and finalizing recommendations, SEPTA is engaging in a two-month feedback period with information boards at select stations introducing the new wayfinding system and an online portal.