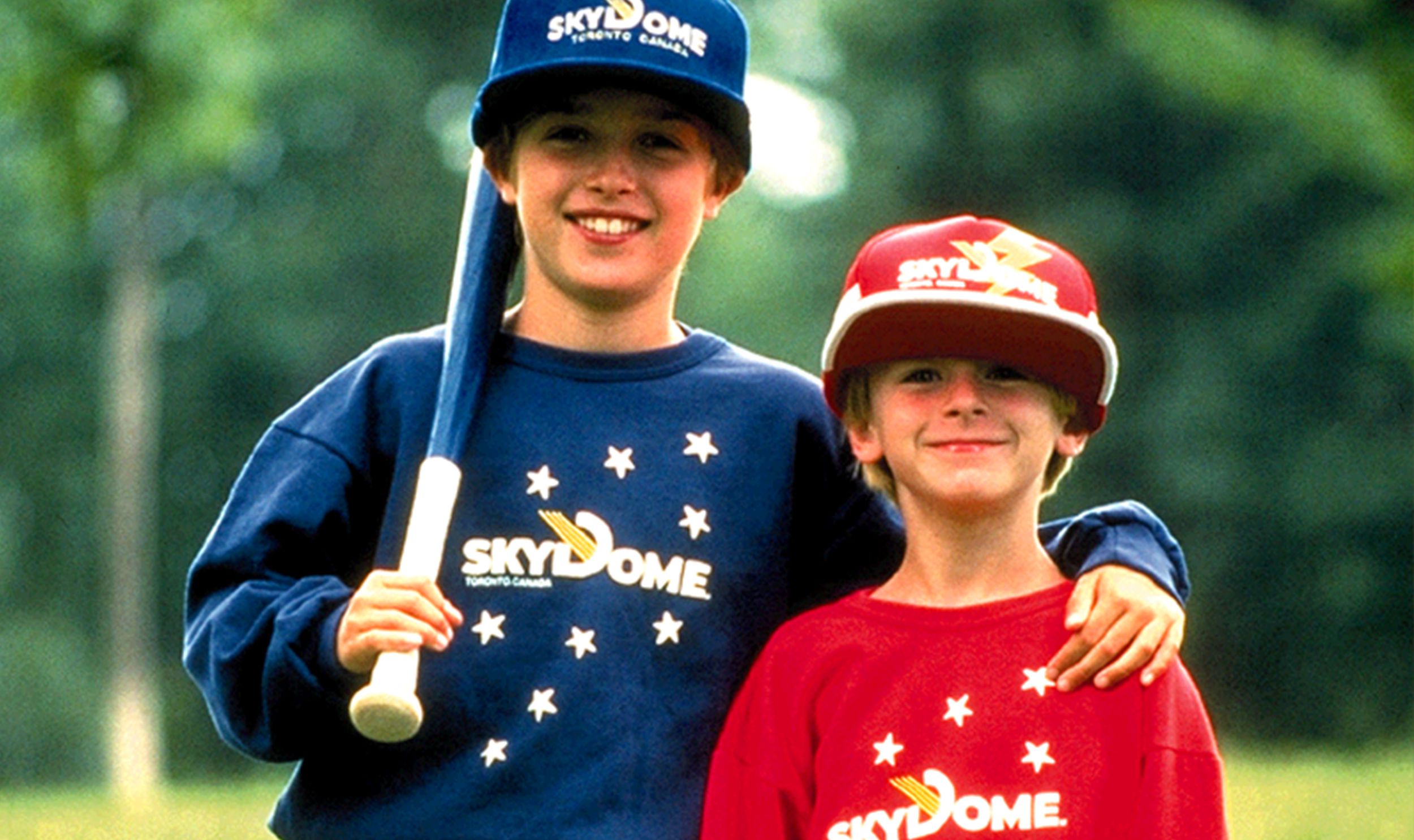 This month we’ve decided to feature an archived project that showcases our rich design history and long-standing experience. Entro Retrospective: Toronto’s SkyDome (now the Rogers Centre). This project, and many others from our archives will be featured in ‘Cultivating a Design Legacy: The First 50 Years’ to be released soon. Email toronto@entro.com to reserve your copy.

SkyDome launched with a splash in 1989. The new home for the Toronto Blue Jays baseball and Toronto Argonauts football teams was the first-ever stadium with a retractable roof. It would go on to become the city’s premier multi-use sports and entertainment centre, hosting more than 4 million people a year. 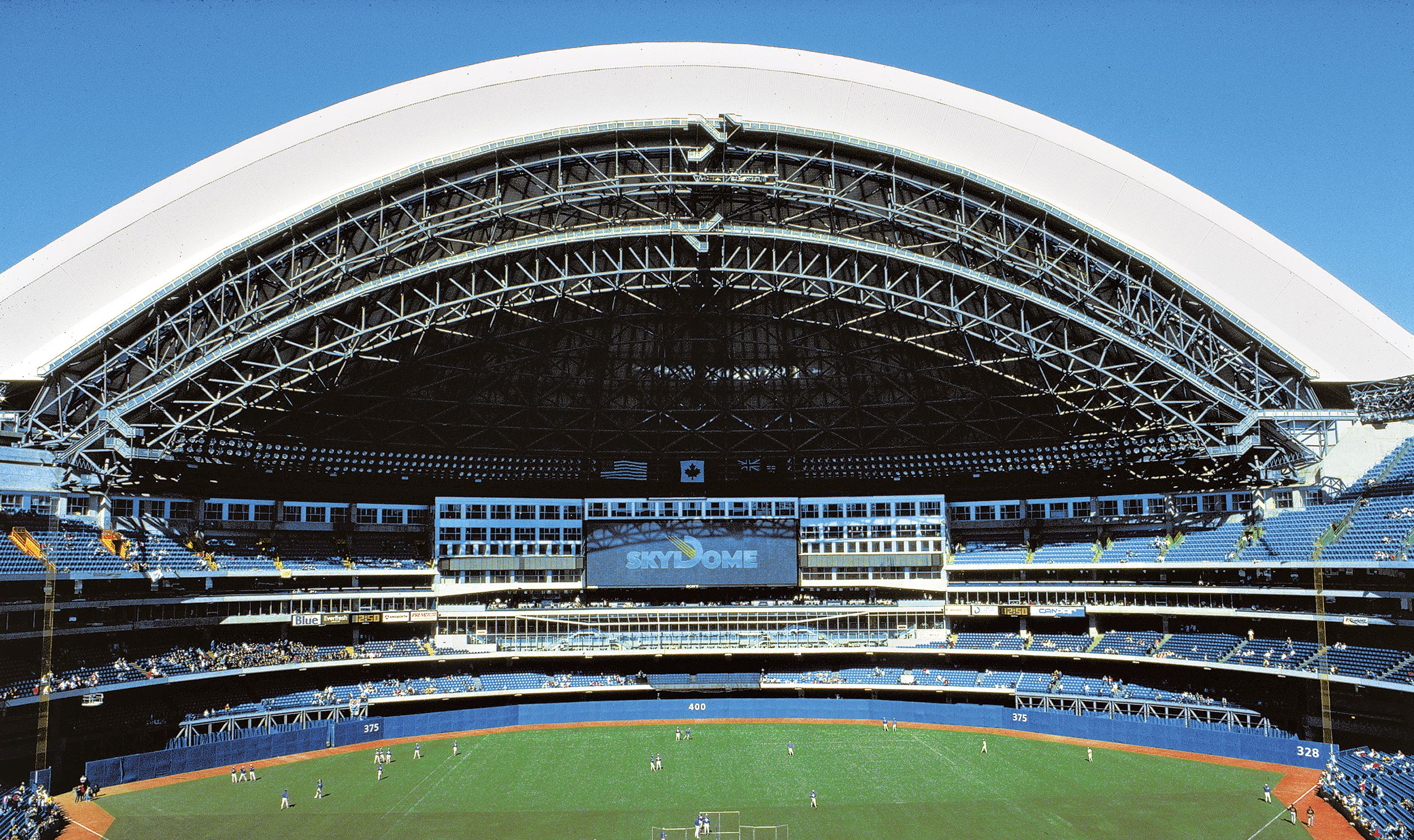 We created a visual identity and wayfinding system to present a friendly and inviting face to the public. The anchor of the identity would be the new SkyDome logo, with its “D” opening like the actual stadium roof, which would become one of the most recognized features of the Toronto skyline.

Identity graphics were developed for everything from merchandise to special applications for the corporate sponsors of the facility. They also served as the basis for the wayfinding system. 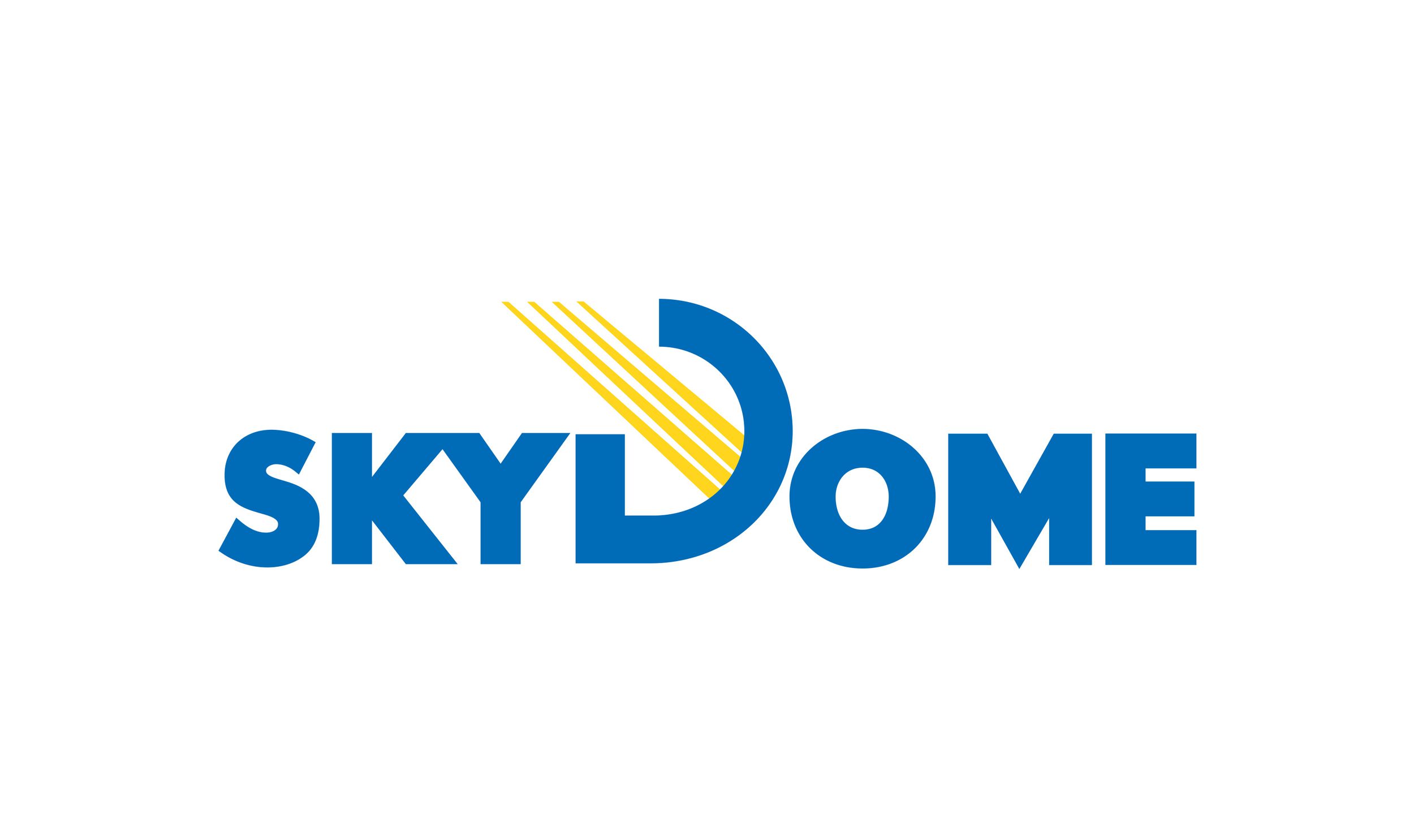 The challenge was: SkyDome did not have a budget for interior design, so our wayfinding system with bright colours and high-tech materials wound up serving as a playful counterpoint to the mammoth grey concrete structure. The common terminology used by the team was that we were “parking the Ferrari in the garage.”

Since the stadium circular concourse was divided into quadrants — the four points of the compass — the design incorporated four sky elements to signify each quadrant: with moon, sun, sky and cloud imagery. 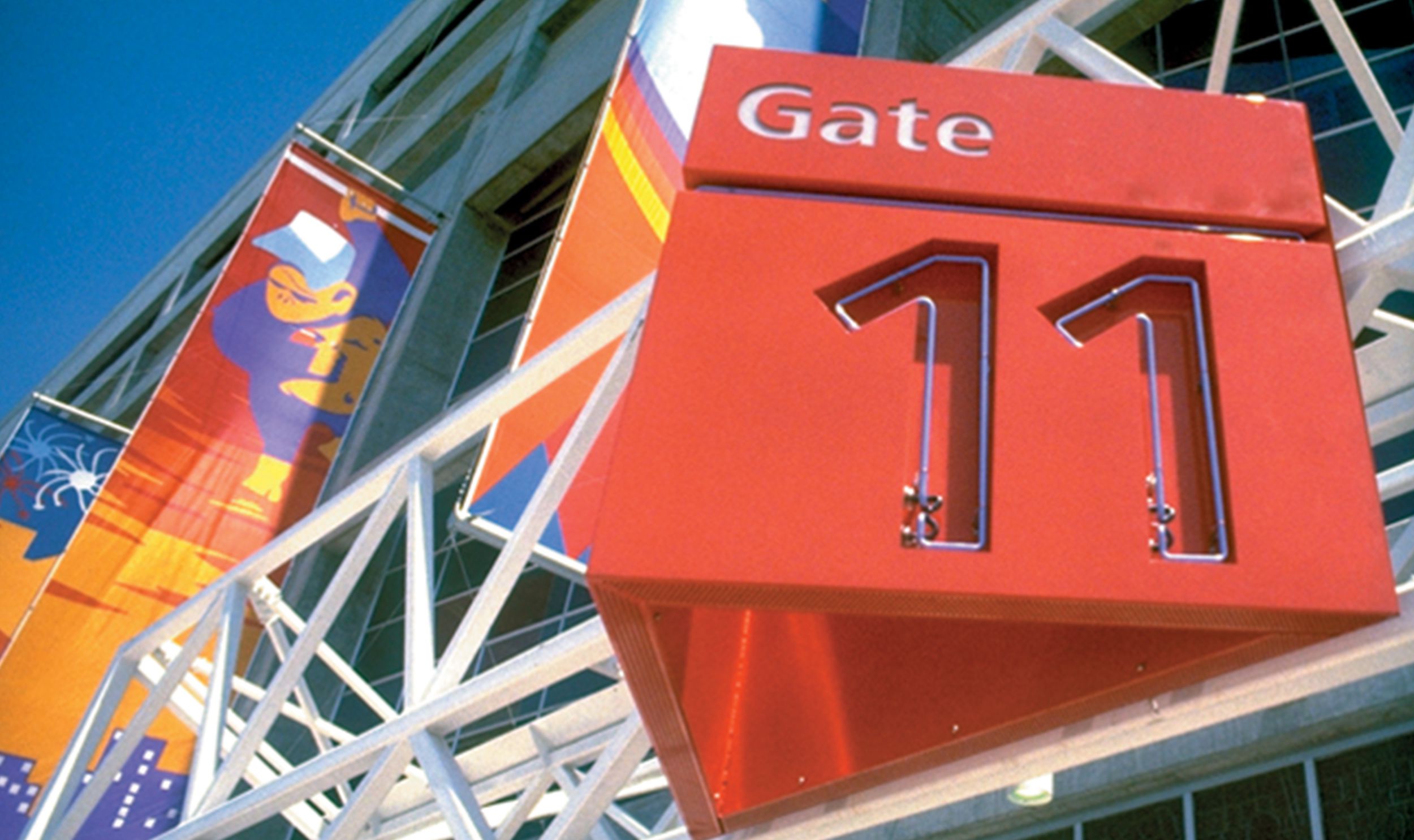 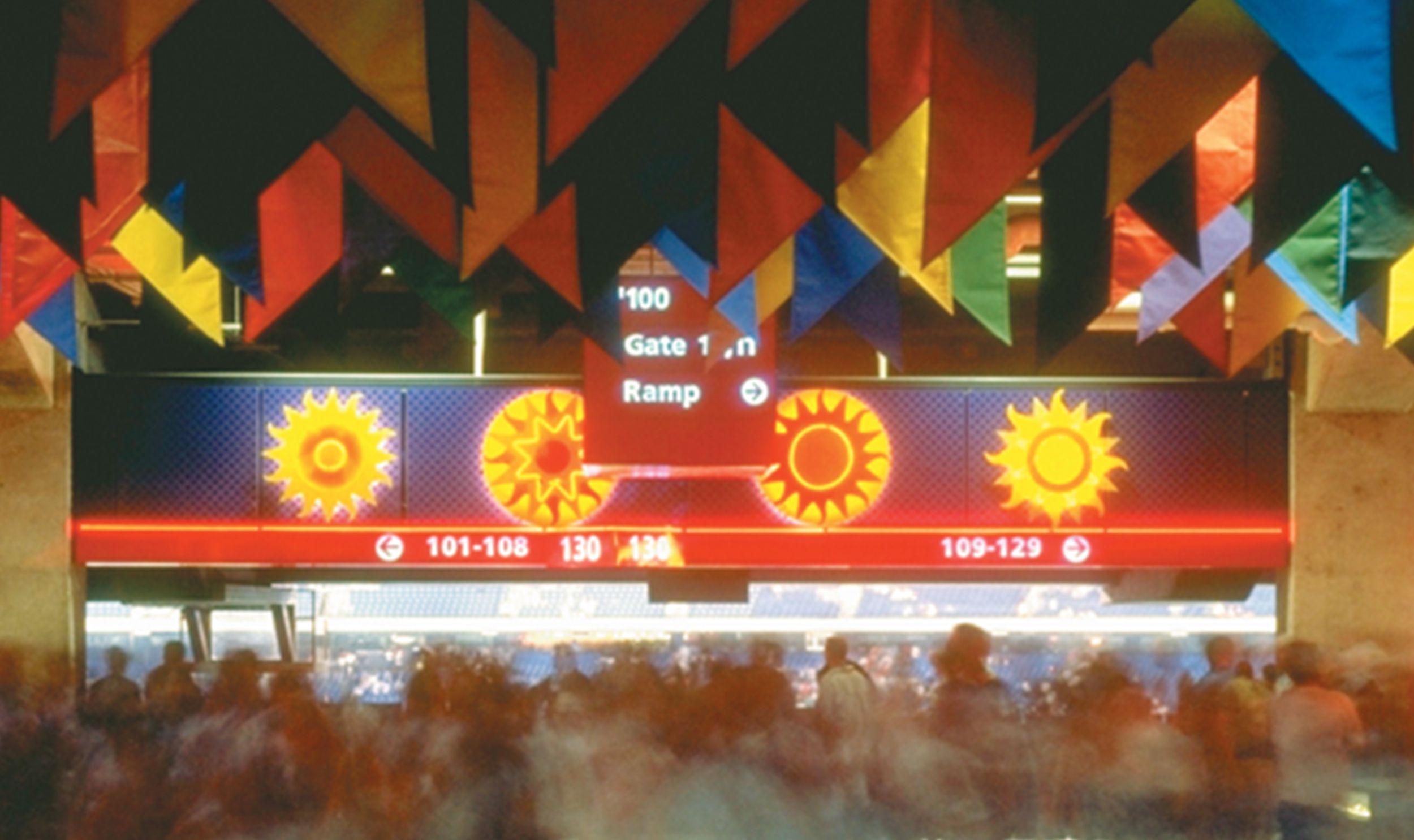 Entro’s team found an original solution, taking a modular approach to the wayfinding system, allowing advertising to be integrated seamlessly into the design. Combining the three key elements of “architecture, art and advertising,” the innovative system generated more than $12 million in revenue in its first year, double any comparable facility in North America.

Interestingly, there are several groups rallying to re-introduce the SkyDome name to this iconic structure; a testament to the timelessness of the name and positive associations of the overall SkyDome experience.