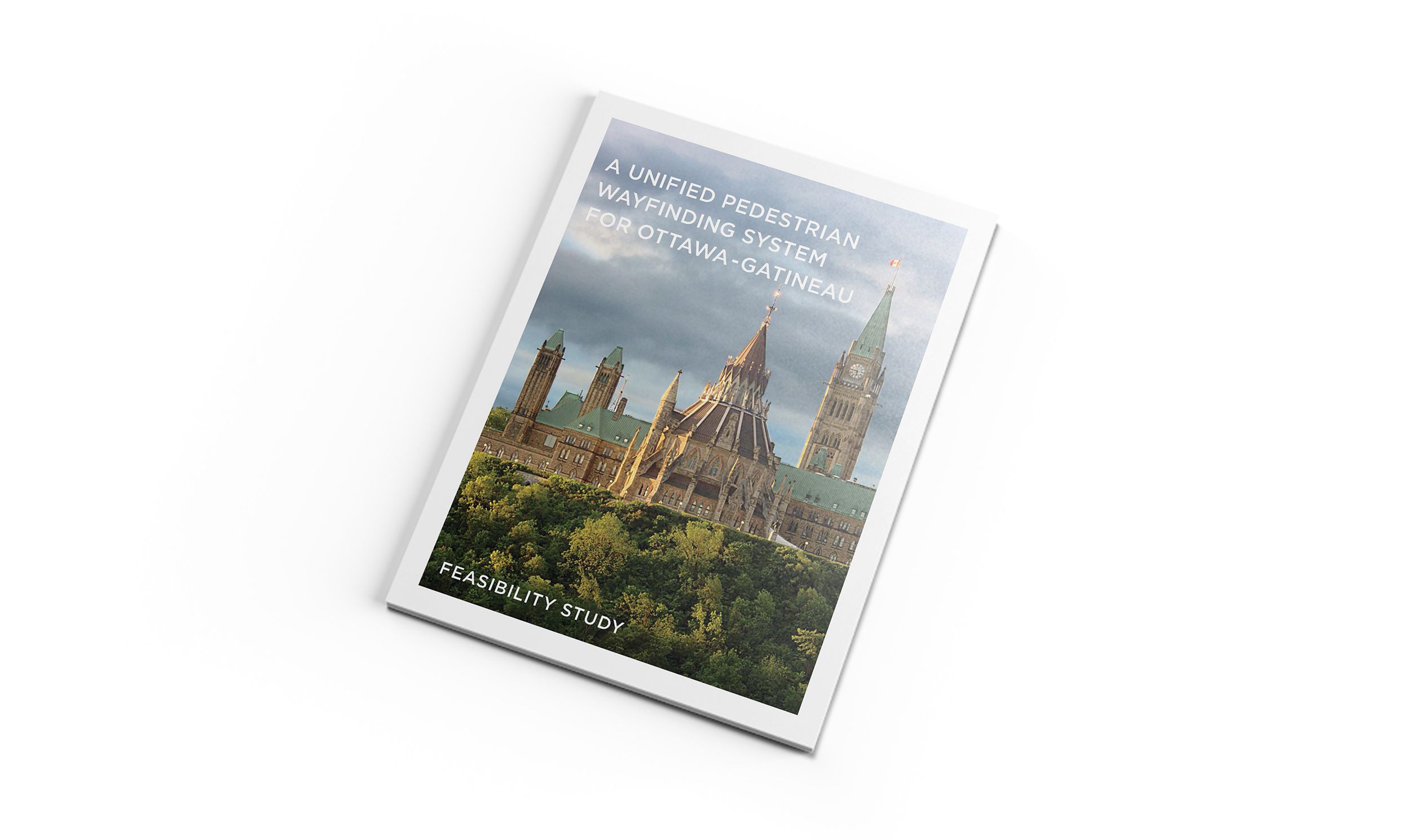 In 2017, Ottawa Tourism enlisted Entro to conduct research to assess the feasibility for a unified pedestrian wayfinding system in the Ottawa-Gatineau area. Our research was aimed at understanding usage, perceived travel times to key destinations, benefits of a wayfinding program, design criteria, and feasibility of implementation. The findings and recommendations detailed in the final report address funding models, sign functionality, strategic sign locations, and the type of information to be displayed on signage among other things. 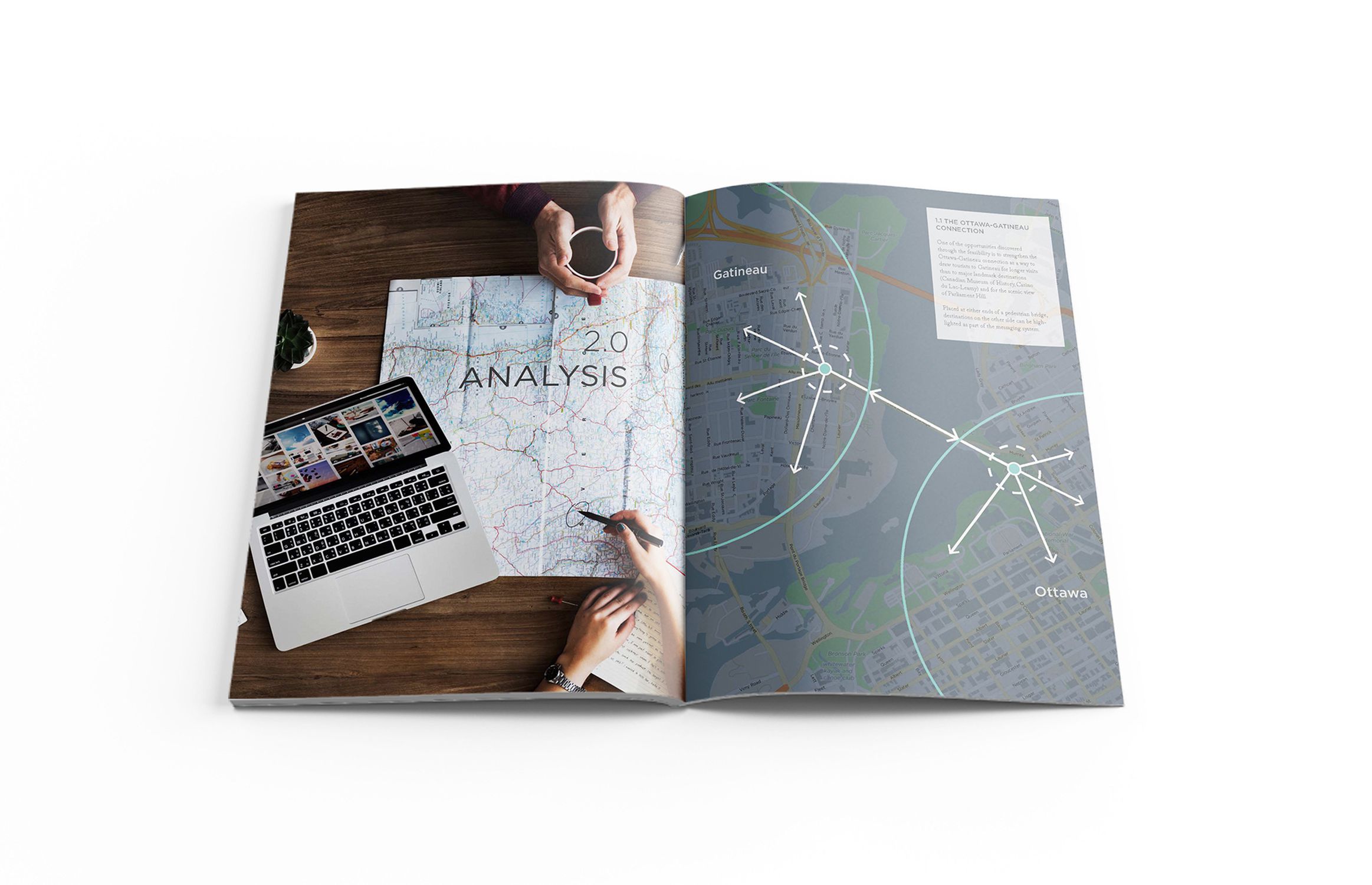 A unified wayfinding system for the cities of Ottawa and Gatineau poses a significant challenge as the cities are separated by a large waterway and located in different provinces where residents predominantly speak different languages. As part of the study, a best practice analysis of similar worldwide wayfinding systems was undertaken in order to determine what features would be best suited for Ottawa-Gatineau.

In the research and consultation process, a number of interviews and working sessions were held with various stakeholder groups representing a multitude of business areas including: Hoteliers, BIAs, Algonguin communities, Tourism and many more. By project completion, over 15 stakeholder engagement sessions were facilitated. We also conducted both online and in-person surveys with citizens and pedestrians. Of particular note was the findings related to perceived versus actual walking times associated with particular journeys. Further analysis of this data proved to be a driver for design criteria and will no doubt impact the usefulness of the wayfinding system once implemented. 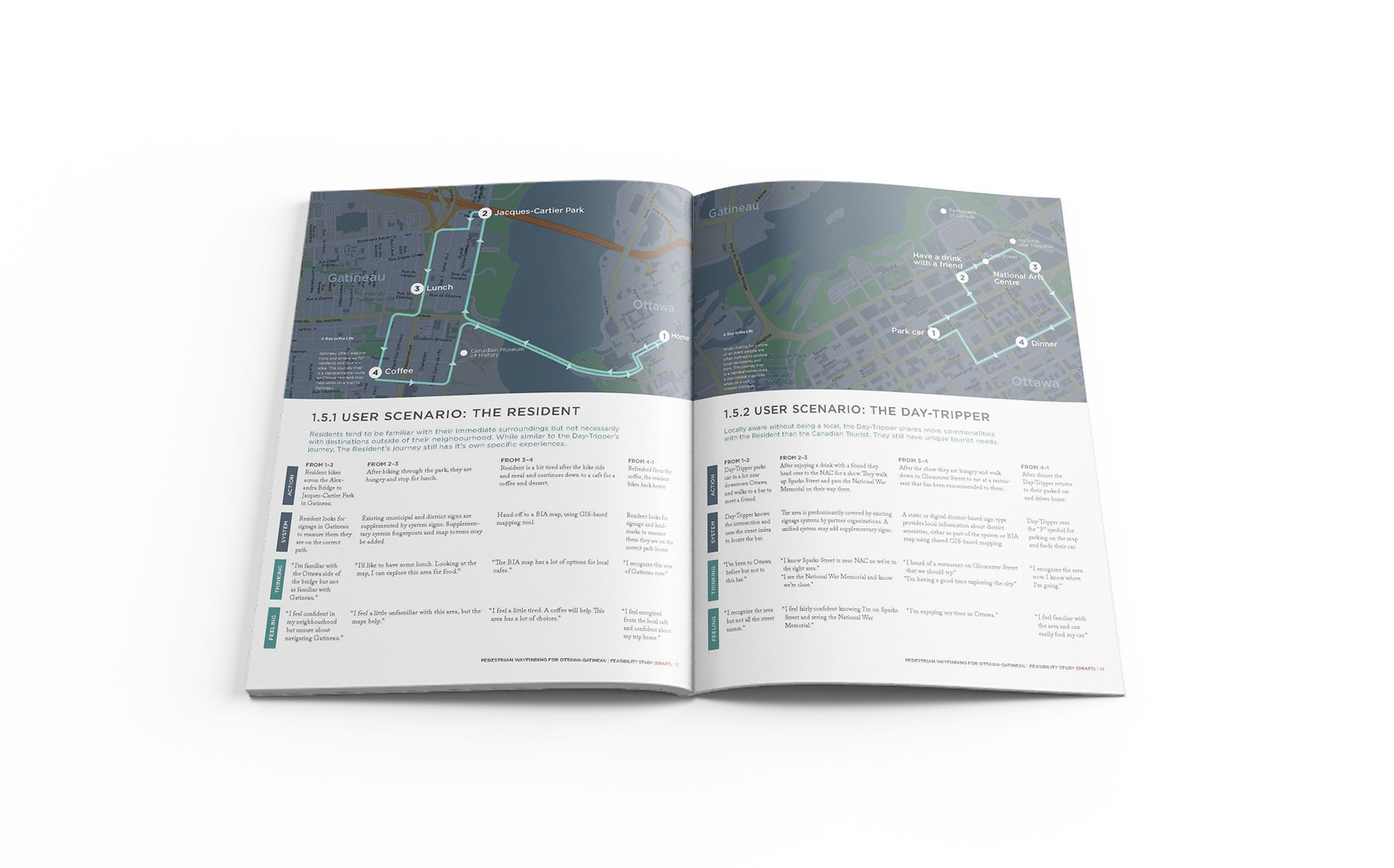 A pilot area plan was established and a wayfinding strategy developed that would allow a small centralized area of Ottawa-Gatineau to be tested. The project was met with encouragIng feedback from government, BIAs, stakeholders and the public. A funding exercise is now underway to secure funding for the pilot project.