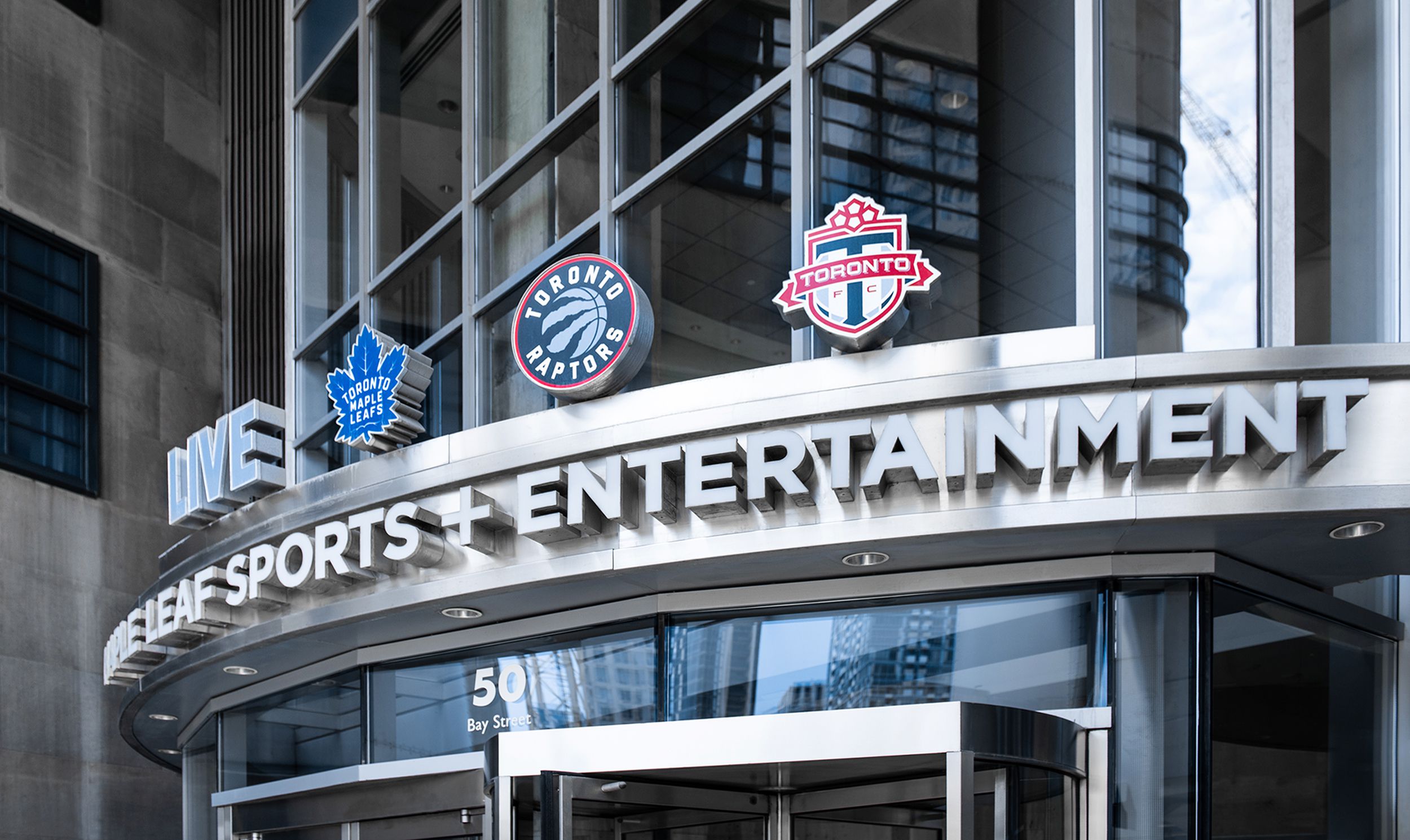 To mark their Centennial season and pay tribute to their heritage, the Toronto Maple Leafs and the Toronto Marlies hockey teams were rebranded with a visual identity and uniform that echoes the version worn in the 1940s, '50s and '60s. Maple Leaf Sports & Entertainment enlisted Entro to update branded programs and signage elements throughout their home stadium to support this evolution of the brands. 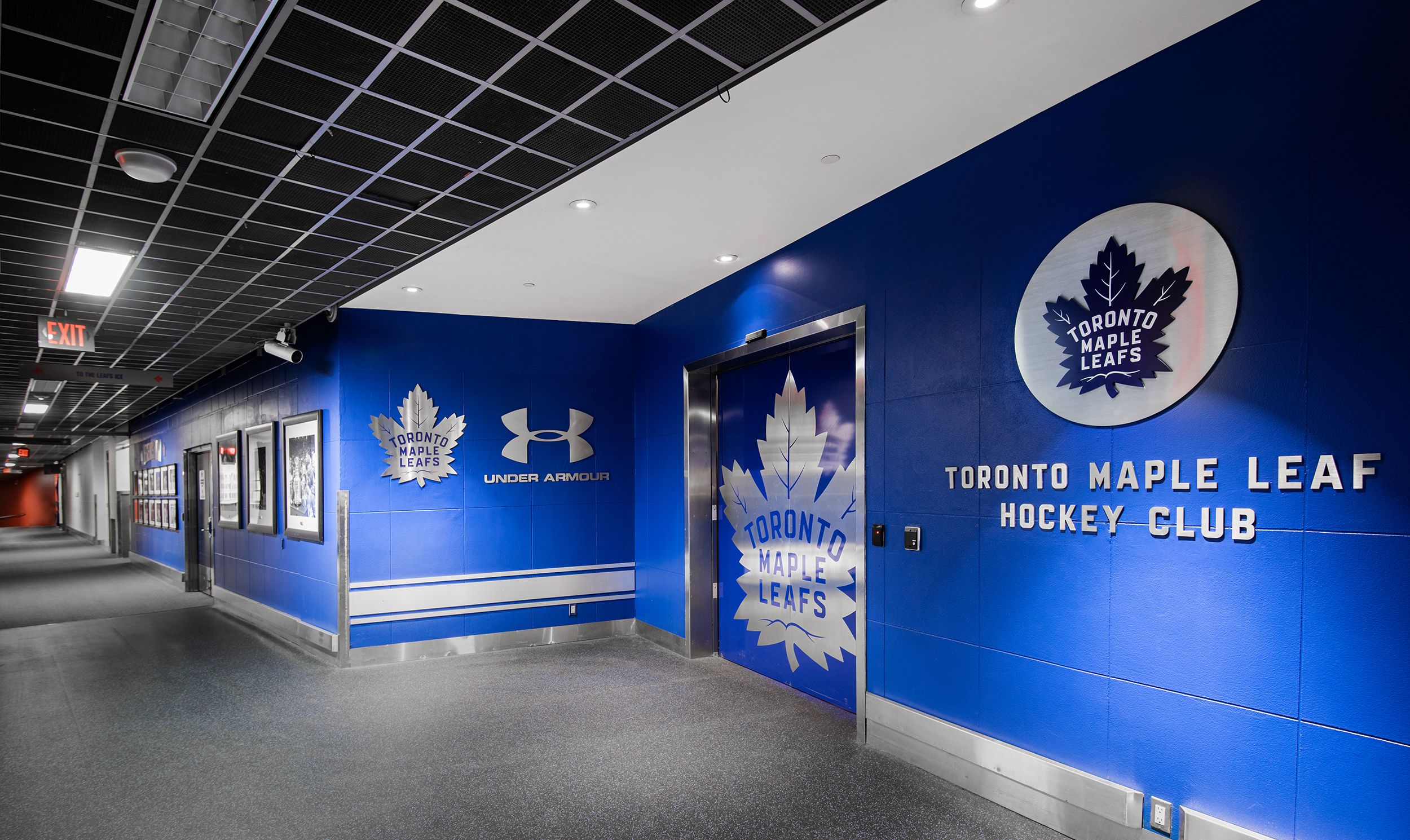 Visibility angles, for both fans and cameras, and careful consideration of existing sponsor and partner branding was critical in making recommendations for placement of new signage. 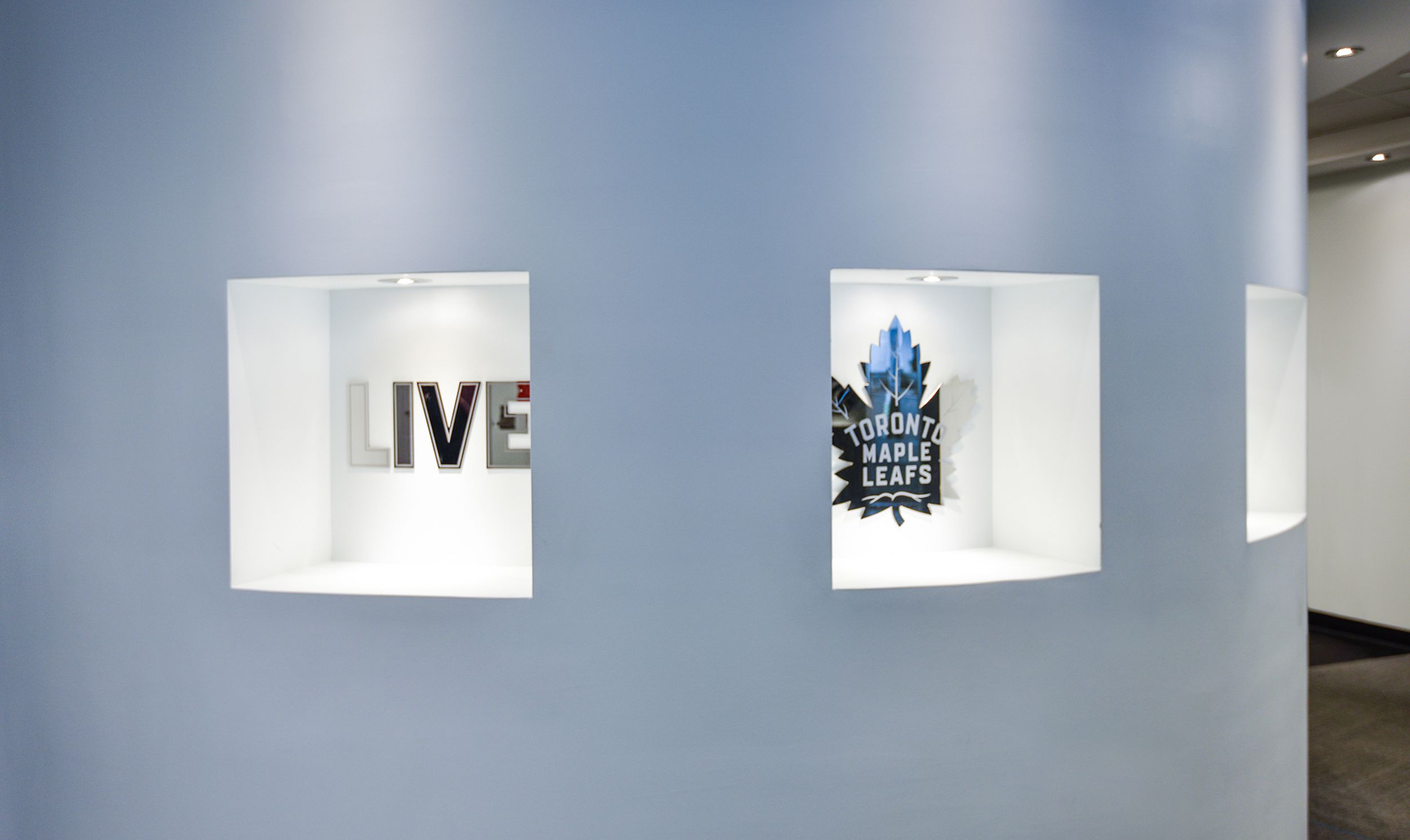 We updated all of the existing installations from the subtle, more intimate brand experiences such as the recessed logo boxes in the foyer in contrast to big bold statements on elevator doors that lend themselves to the excitement of the game. To mitigate issues caused by the removal of existing assets and expected wear and tear, we chose durable materials such as brushed stainless steel and aluminum for new assets. 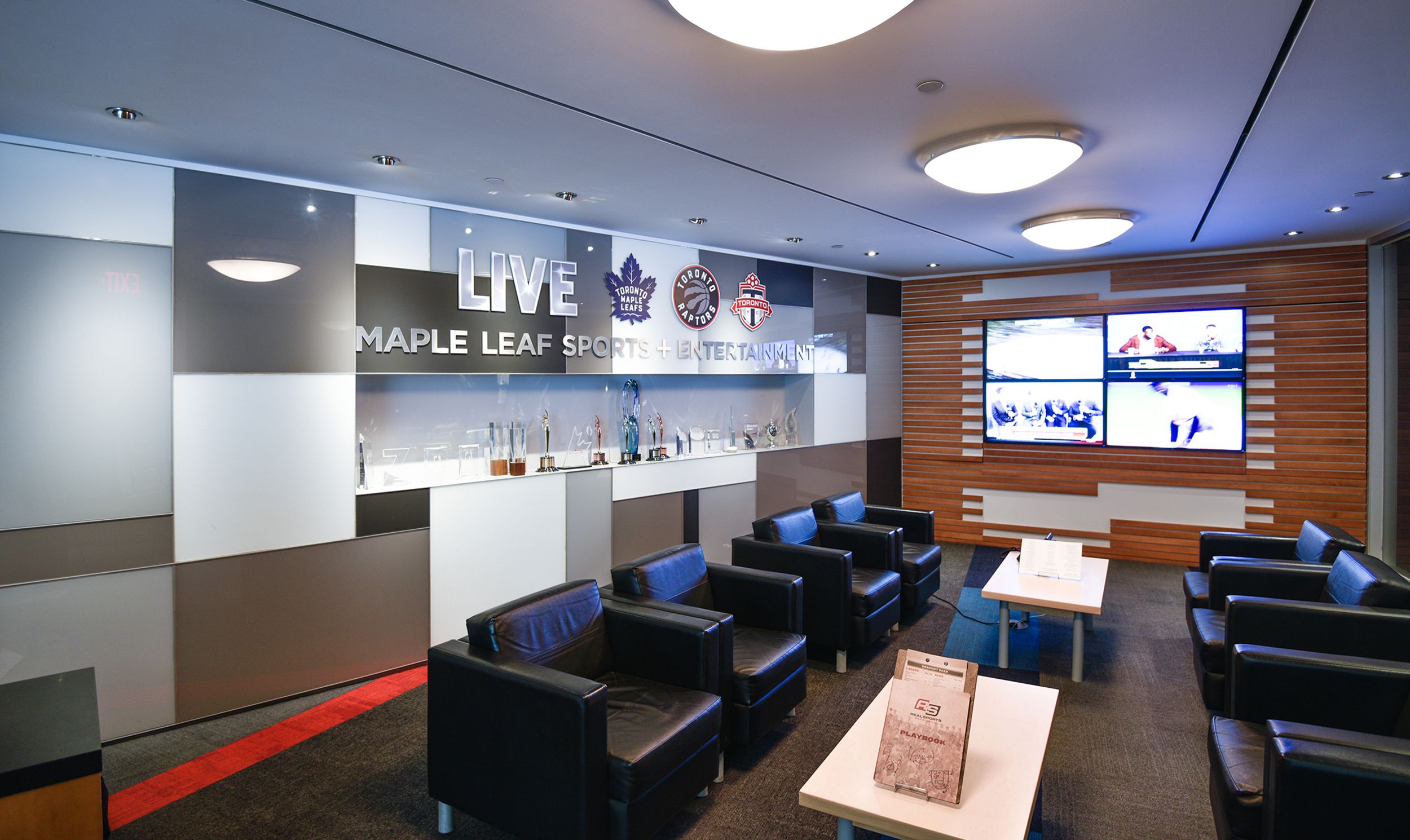 The new identity emerged because “as an organization, we wanted to get back to our roots, when Conn Smythe first changed the team logo to the Maple Leaf in 1927”, said Leafs president Brendan Shanahan. As Canadians and designers we appreciate this visual nod to the past, and are honoured to have helped realize this important anniversary for the organization.