Getting Creative for a Good Cause 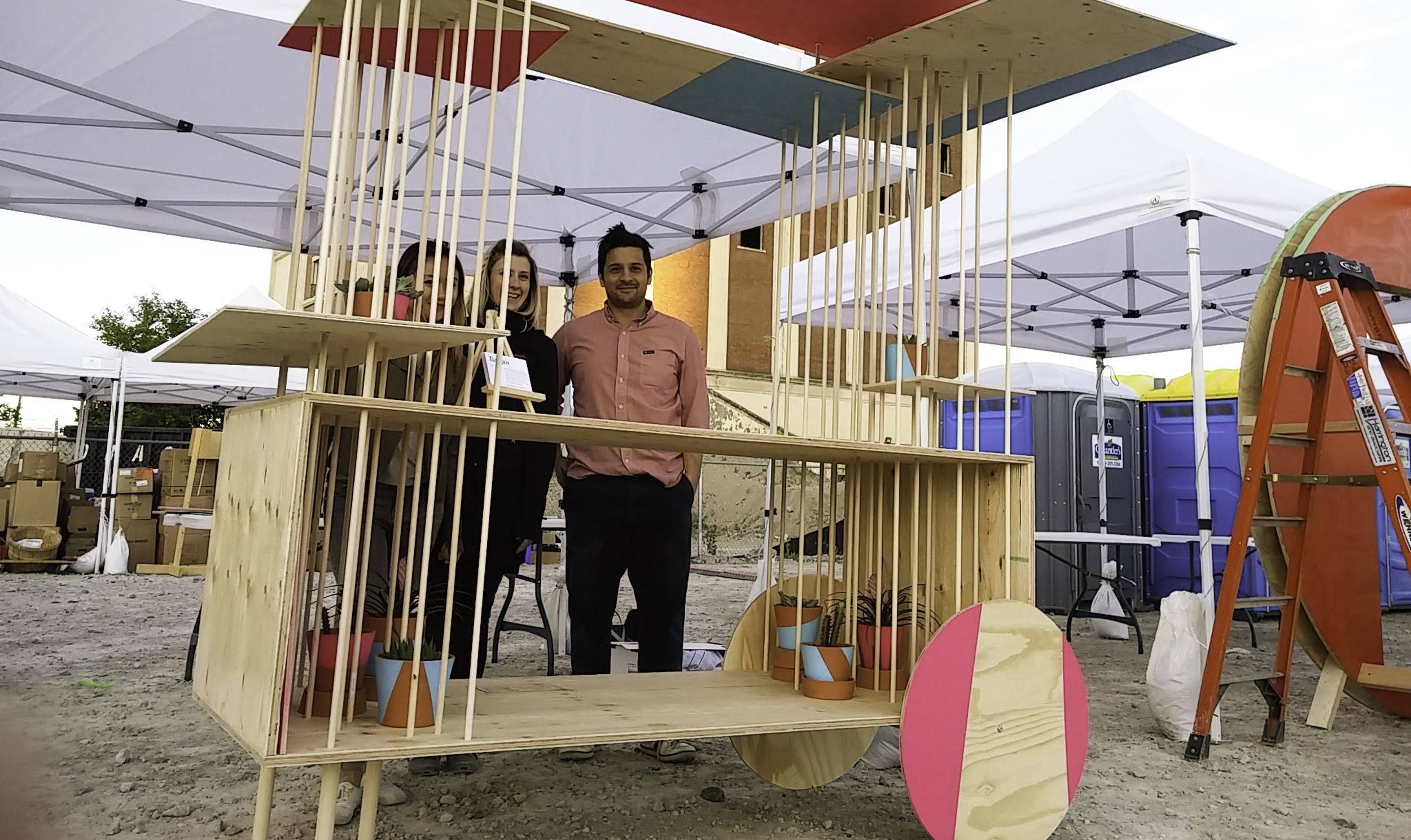 This summer, Entro’s Raymundo Pavan designed and constructed a food cart for The Stop’s Night Market in Toronto. The two-night event cele­brates diver­sity and commu­nity by bring­ing together over 70 chefs who serve multi-ethnic fare from food carts created by local design­ers. Funds raised support The Stop’s mission to chal­lenge inequal­ity and build commu­nity through programs and train­ing that increase access to healthy food.

Raymundo and friends were selected to design and build one of the 35 unique food carts that help give char­ac­ter to the event. Inspired by the Tian­guis, or open-air markets popu­lar in Latin Amer­ica, the group devel­oped a cart with a simi­lar aesthetic.

For sustain­abil­ity and cost-effectiveness, they utilized avail­able mate­ri­als – a series of wood dowels – to connect the two main elements, the base and the canopy. Vibrant blue and pink colour accents were applied at angles to differ­ent struc­tural elements, an abstrac­tion of many Tian­guis canopies. This Latin Amer­i­can theme was real­ized by chef Steven Gonza­lez and Nacho Bar, who served up tradi­tional tacos.

The event raised over $20,000 for The Stop. Congrat­u­la­tions to Raymundo (and team!) for contribut­ing to such a worthy cause. 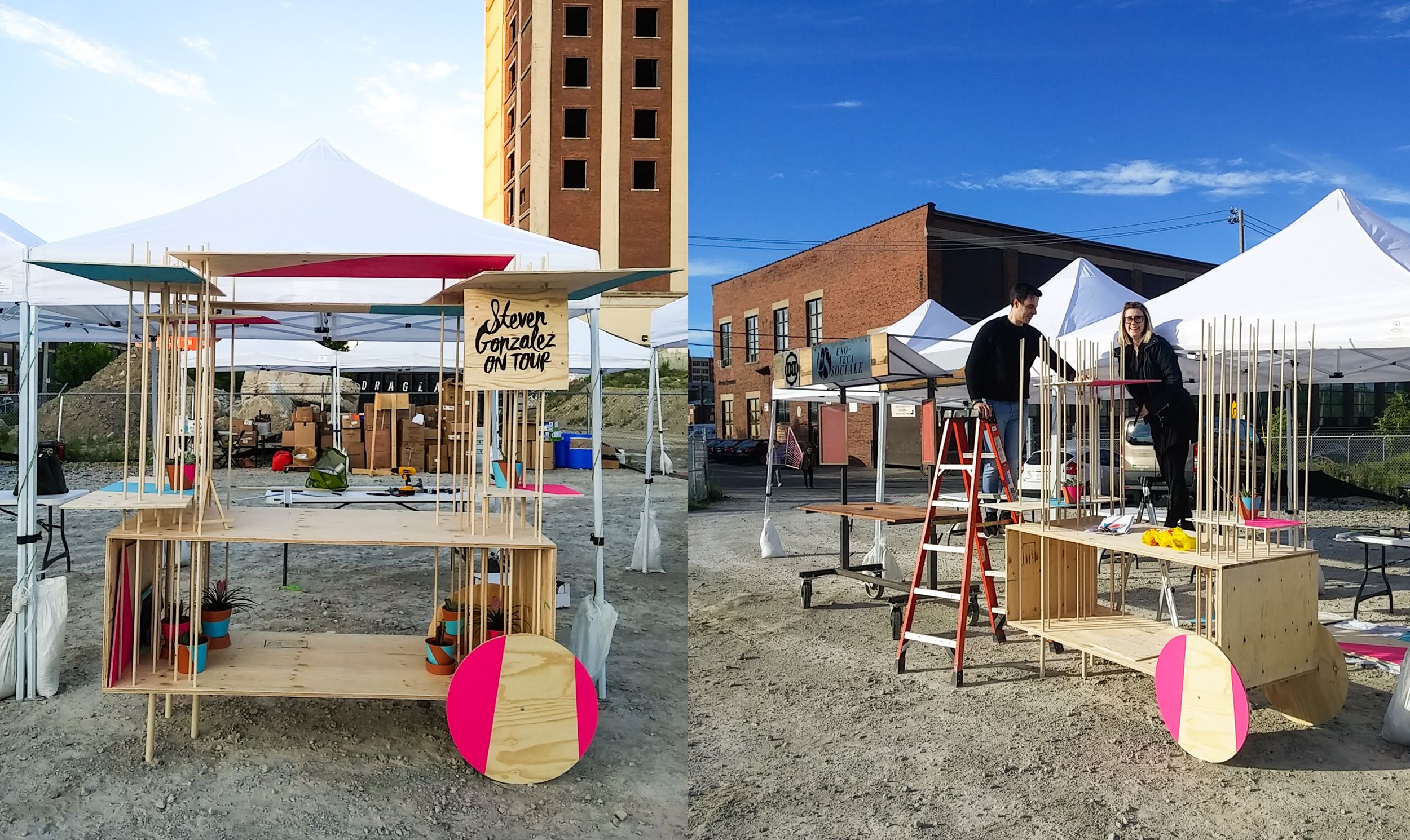