Colours and Patterns in Motion at DesignTO

Entro is excited to have participated in DesignTO 2019 a 10-day festival featuring over 100 exhibitions, window displays and events that span across the city. 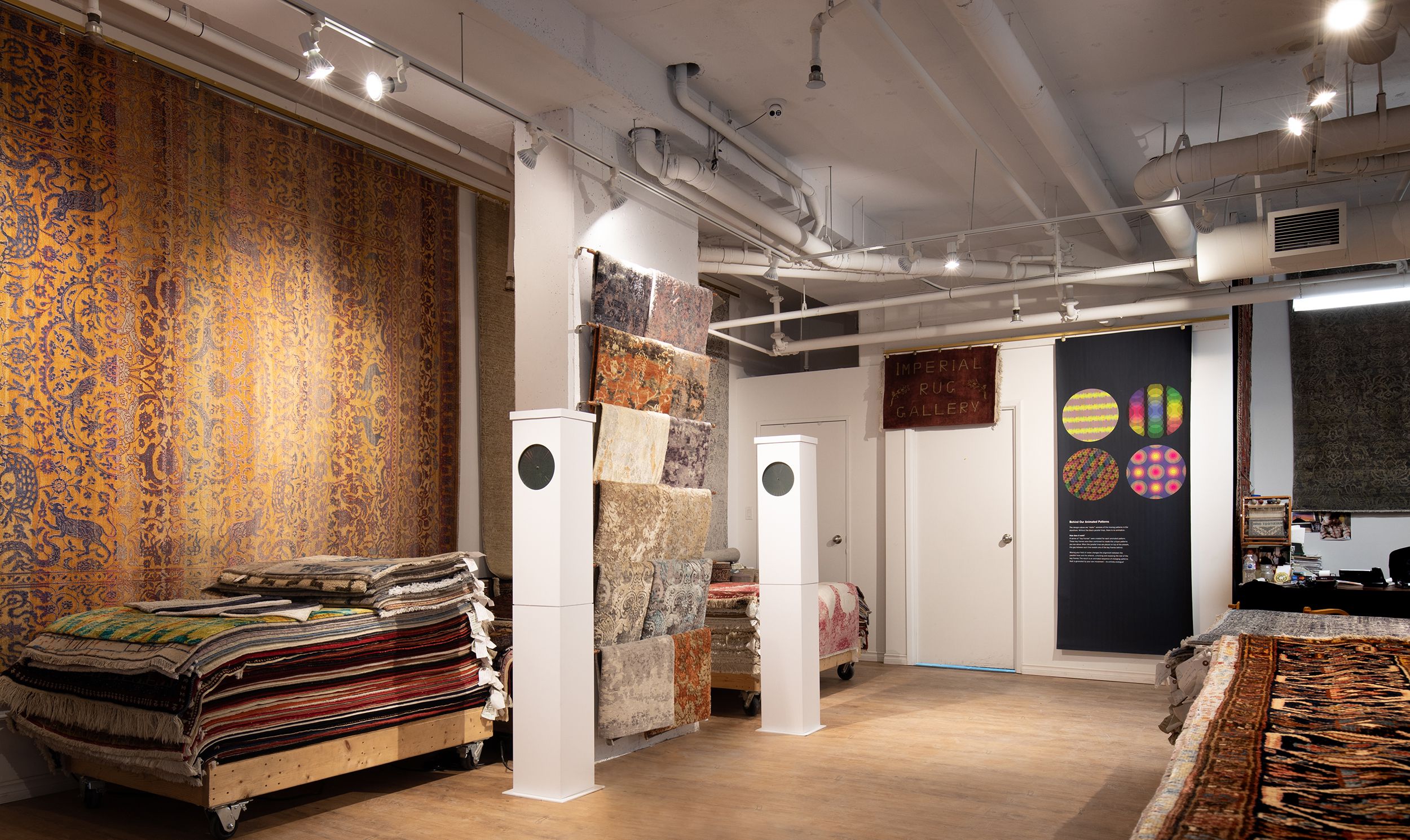 Creative leads Udo Schliemann and Edmund Li collaborated on “Colours and Patterns in Motion,” with help from designers Kevin Nock, Teodor Herman, and Shehrbano Akhtar. The installation encourages us to take a break from our digital world and to explore instead how the Kinegram, an analogue technology, can engage us in producing the mesmerizing movement of complex colours, shapes and patterns. 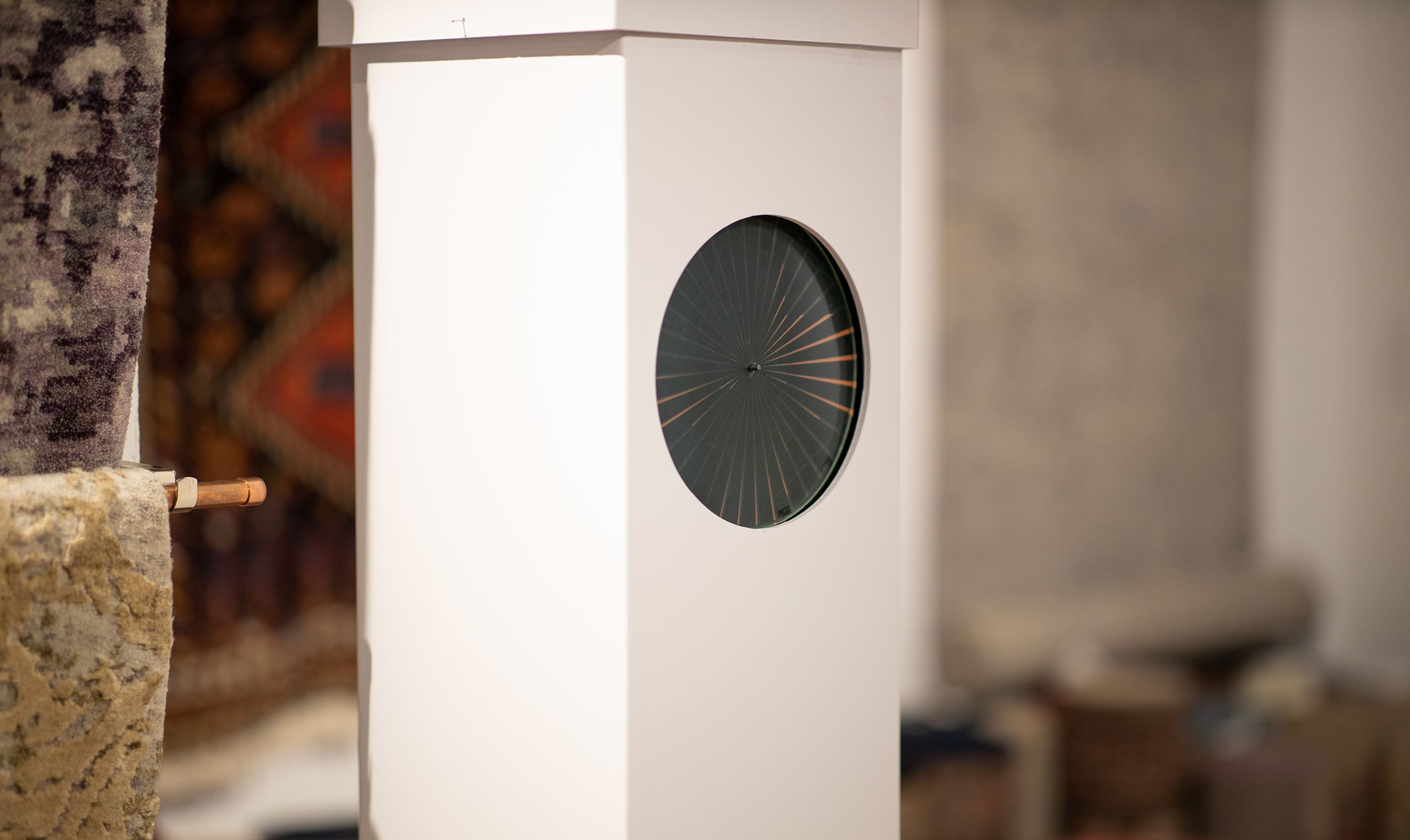 As artists and designers, the team is interested in creating art that has a symbiotic relationship with its environment, and this installation is no exception. Displayed at Imperial Rug Galleries (232 King Street East), the Kinegram patterns were inspired by the intricate woven patterns of the rugs found in the store. 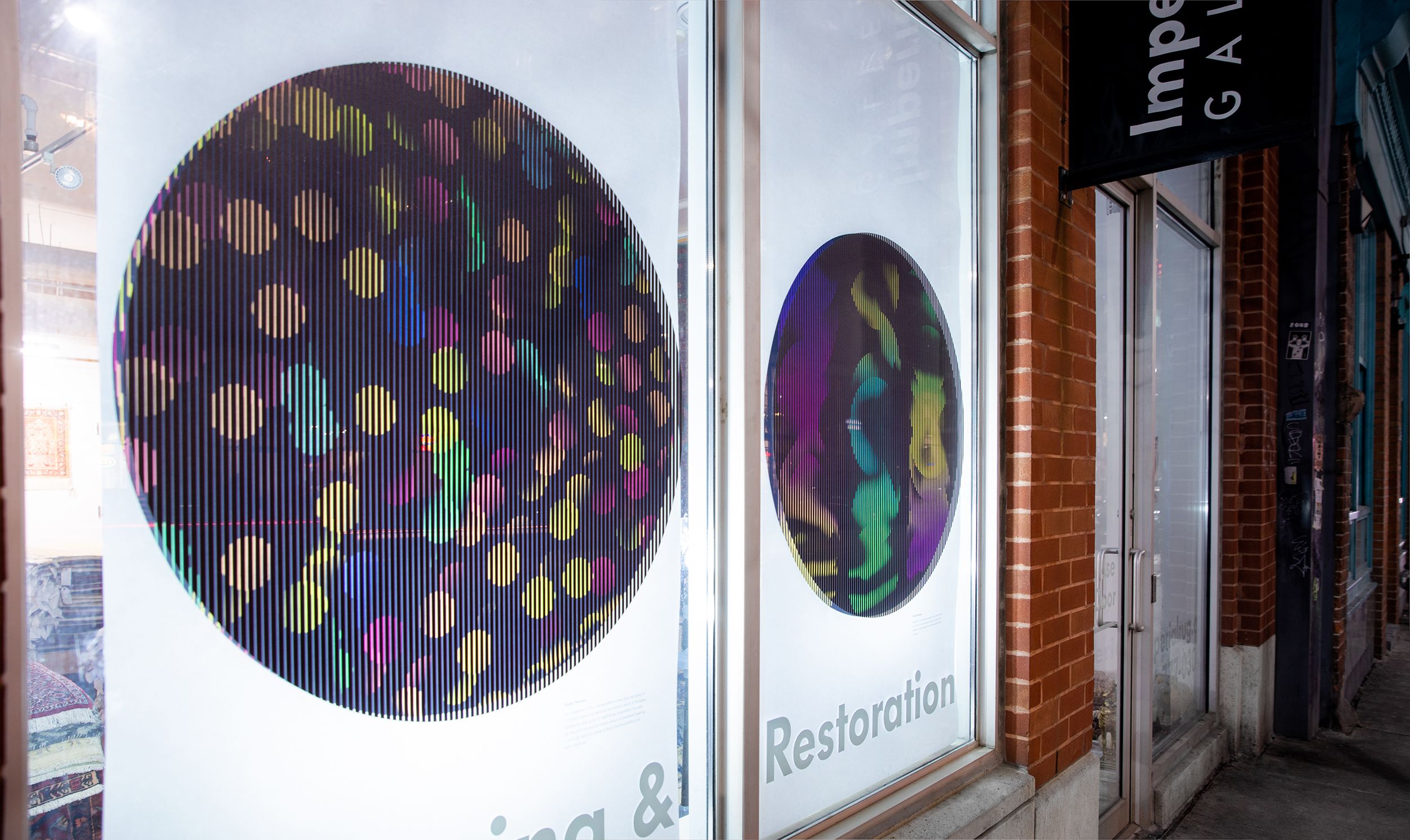 In addition to displaying artwork, Entro also hosted artist Nadya Eidelstien’s “For in For Loop,” in our studio windows at 33 Harbour Square. The installation features a computer-generated series of silkscreen prints. While the programming achieves intricate patterns, the screen printing adds a human touch to designs initially generated by a strict set of rules. 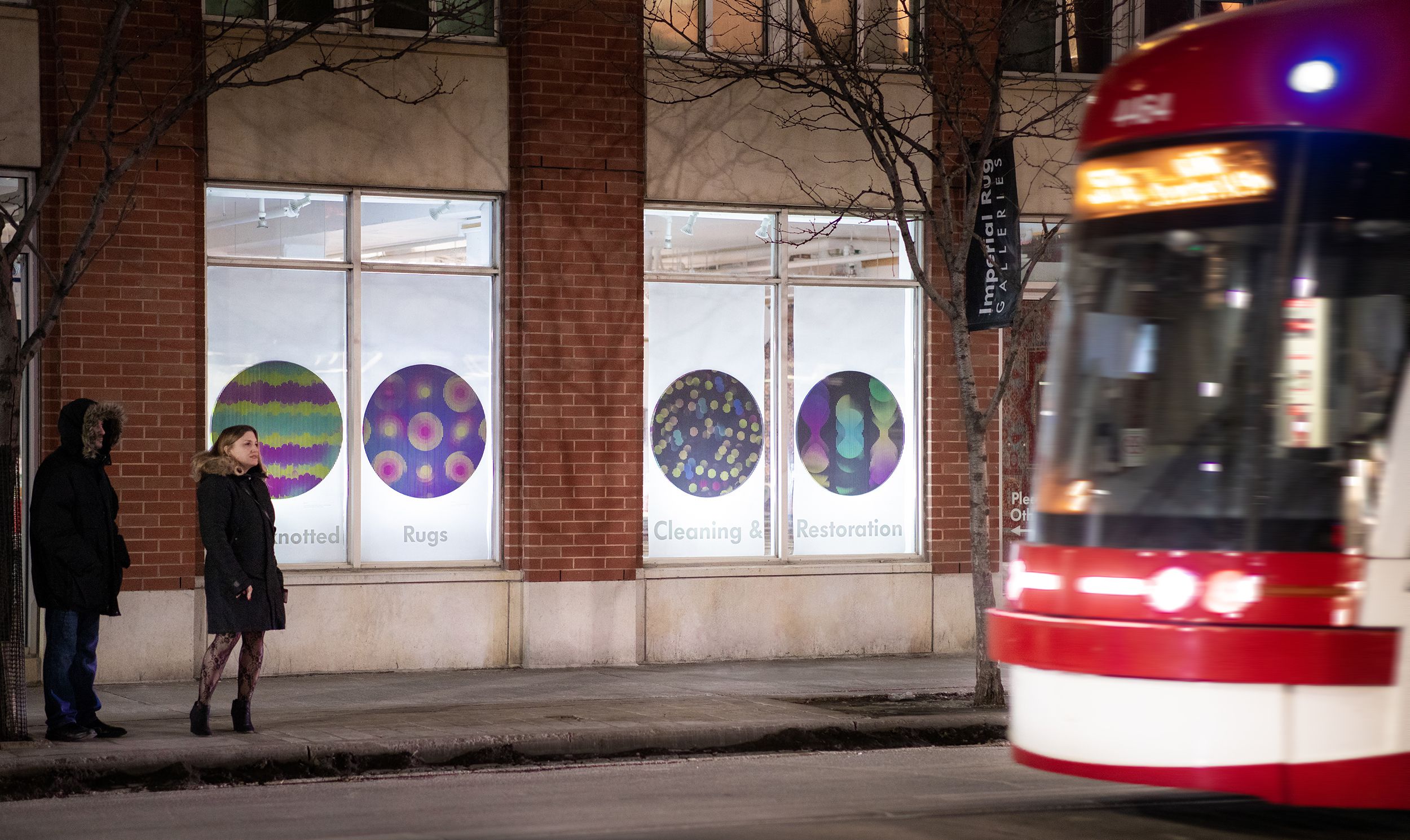 We hope you were able to stop by and visit these installations – as well as many others in the area!