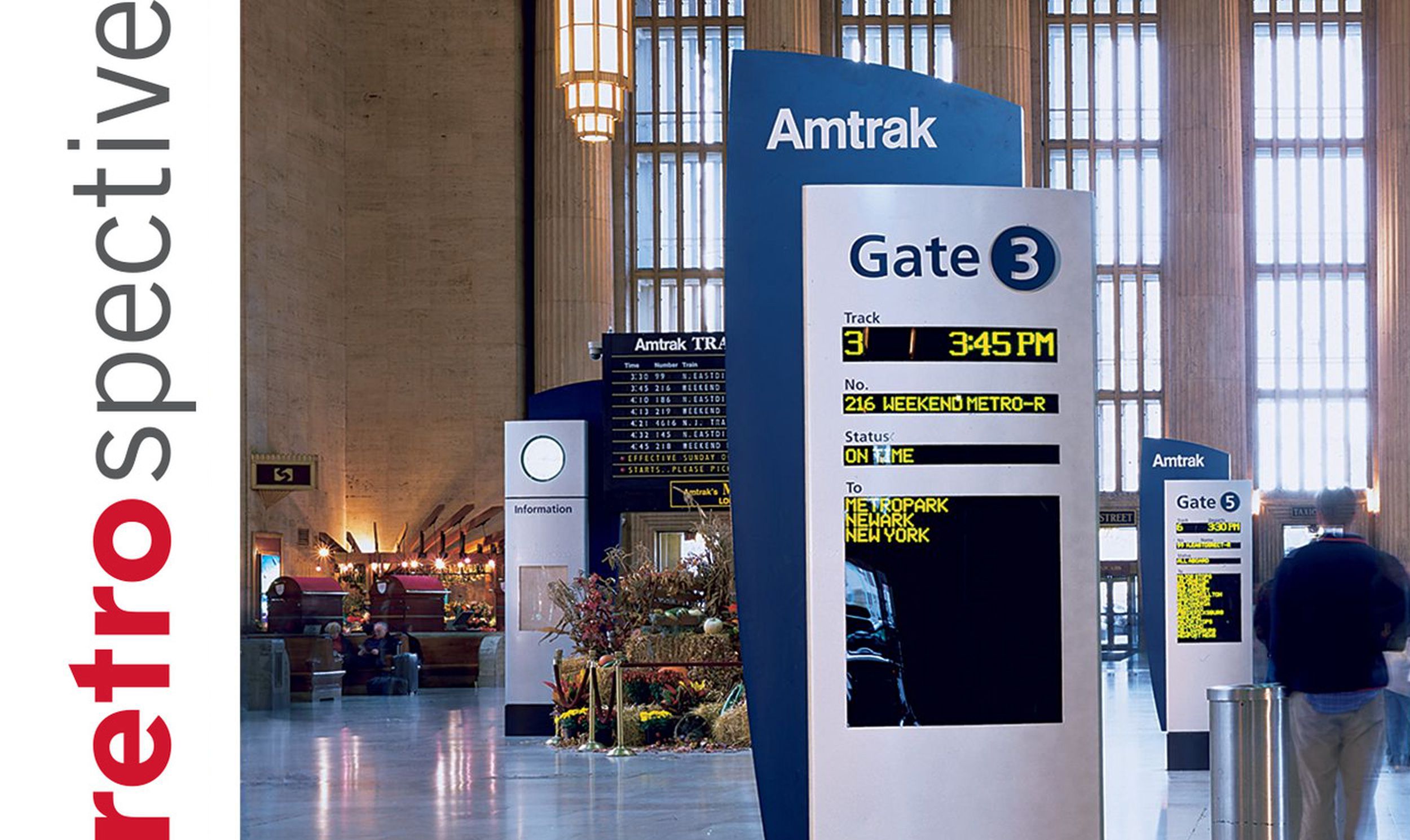 When we joined forces with CVEDesign last fall, one of the treasures they brought with them was a two-decades-plus partnership with Amtrak, the leading passenger rail service in the US. Amtrak’s vast network currently reaches over 500 destinations in 46 states, as well as three Canadian provinces. 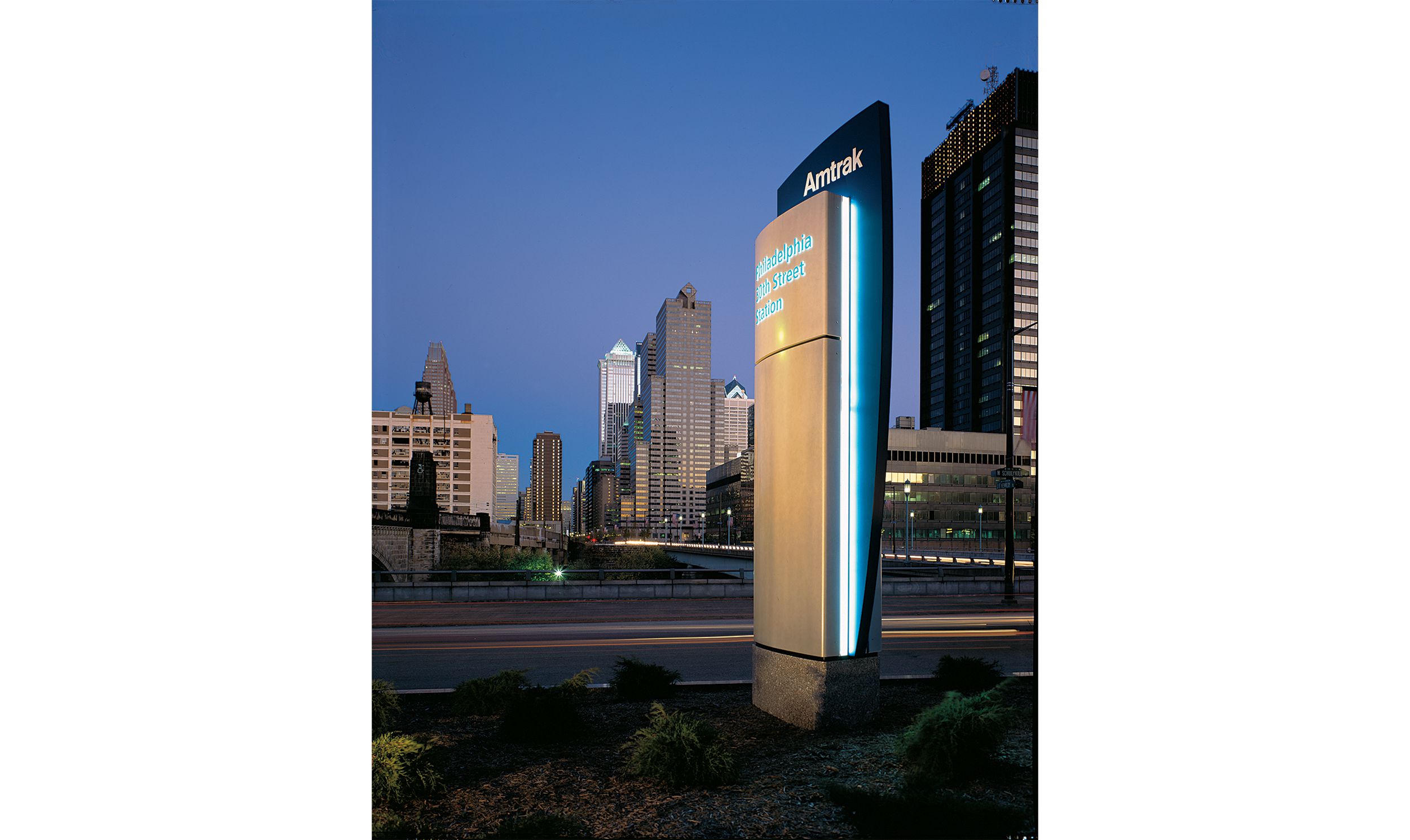 In the 80s and 90s, under pressure from declining ridership and decreased stature and profitability, they re-branded, introducing the first high-speed rail in the US and repositioning themselves as a leader in transcontinental rail travel. Amtrak’s high-speed Acela Express was opened along the 450-mile Northeast Corridor from Washington, DC to Boston, MA. This new and expanded service not only included new infrastructure, but new graphics and signage to reflect the brand and ensure customer satisfaction. 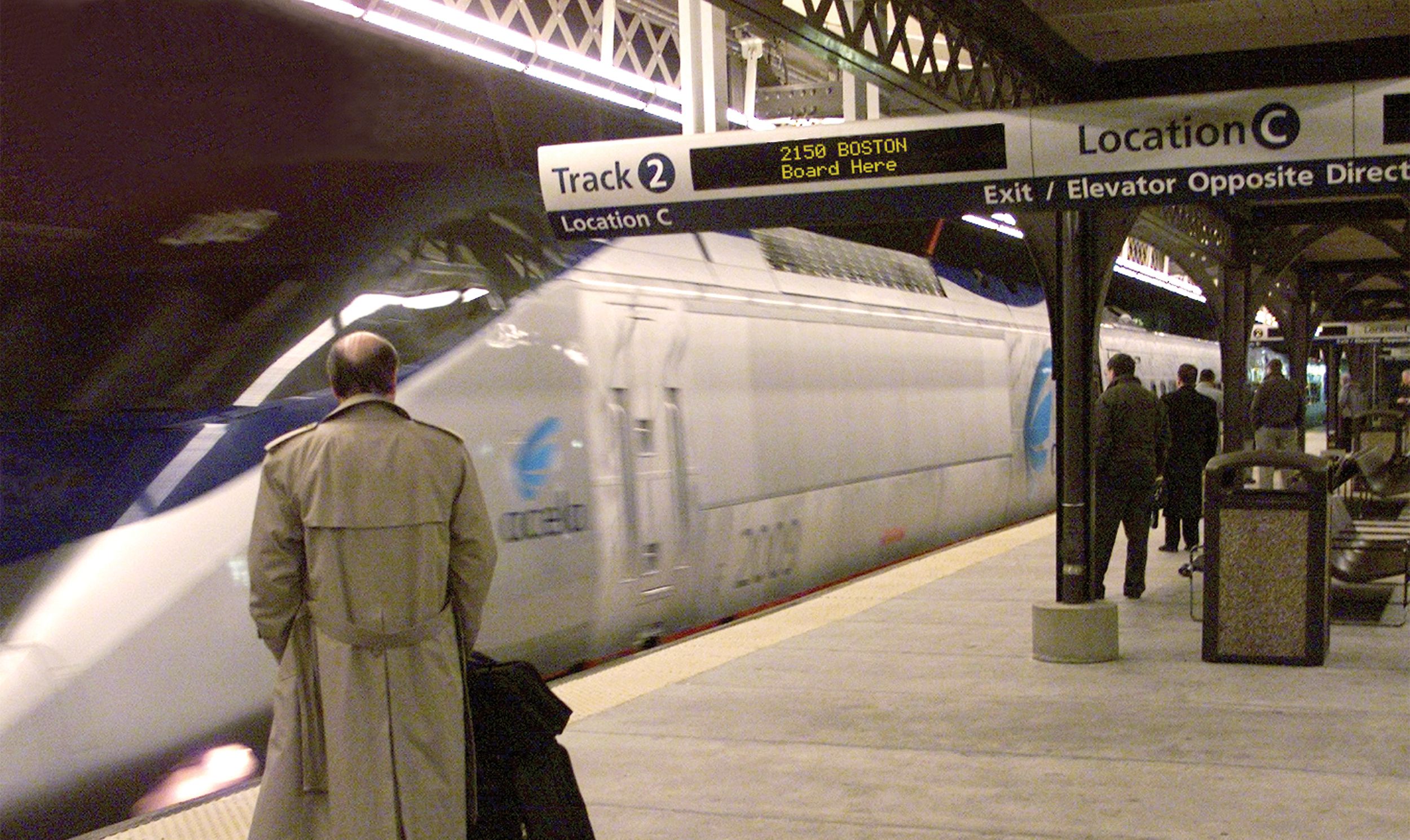 CVEDesign’s partnership with Amtrak began in 1997, with a sleek, streamlined signage program to herald this new Acela Express service. A diverse array of stations—large and small, historic and contemporary—demanded design flexibility and creativity. A sensuously curved “airfoil” shape forms the stylistic nucleus, curved panels that echo the aerodynamics of the new trains and vertical fins that suggest movement. From there CVE created a “kit of parts” to allow consistency from station to station, easing fabrication, installation and maintenance. This powerful and unique image united 16 diverse stations with a simple, all-encompassing brand identity—speed and forward motion. The consistency and presence ensured passengers a positive brand experience, from ticketing to final destination.

The Amtrak Acela signage program has received awards from the Industrial Designers Society of America (IDSA), Business Week magazine (Gold IDEA Award), The American Institute of Graphic Arts (AIGA), and the Society for Environmental Graphic Design (SEGD), and it has been published in numerous US and international books and periodicals.

More importantly, it launched a successful long-term partnership, focused on easing and simplifying the entire passenger experience. From ensuring that the Amtrak brand extends across a huge and diverse array of stations nationwide, to revamping and updating their Sign Manual, to producing a design strategy and implementation plan, CVEDesign has worked with departments and personnel across the entire Amtrak family. 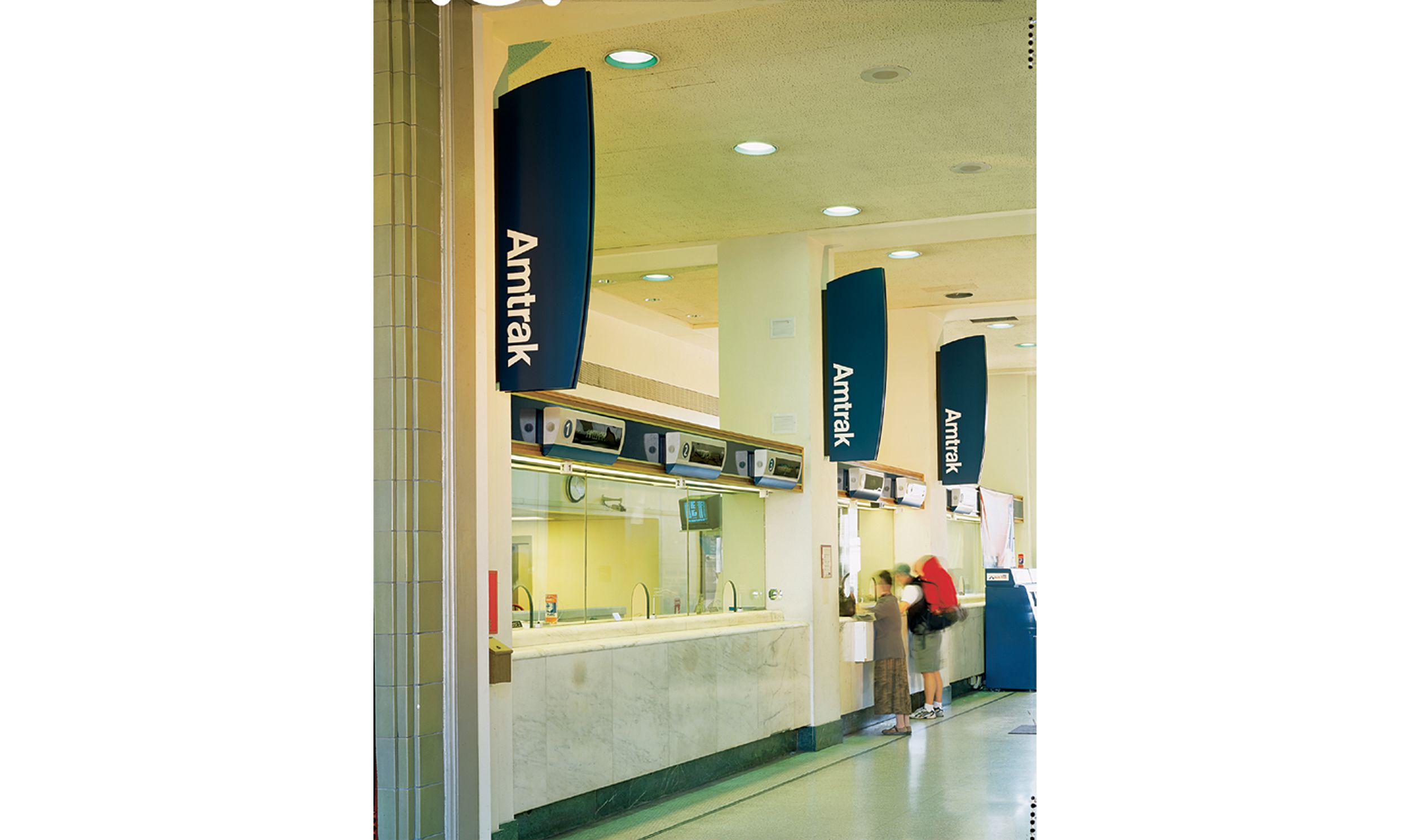 Today, Entro | CVEDesign and Amtrak continue the collaboration. With more resources than ever, we look forward to a long and productive relationship.