All About Colour at Weston Common 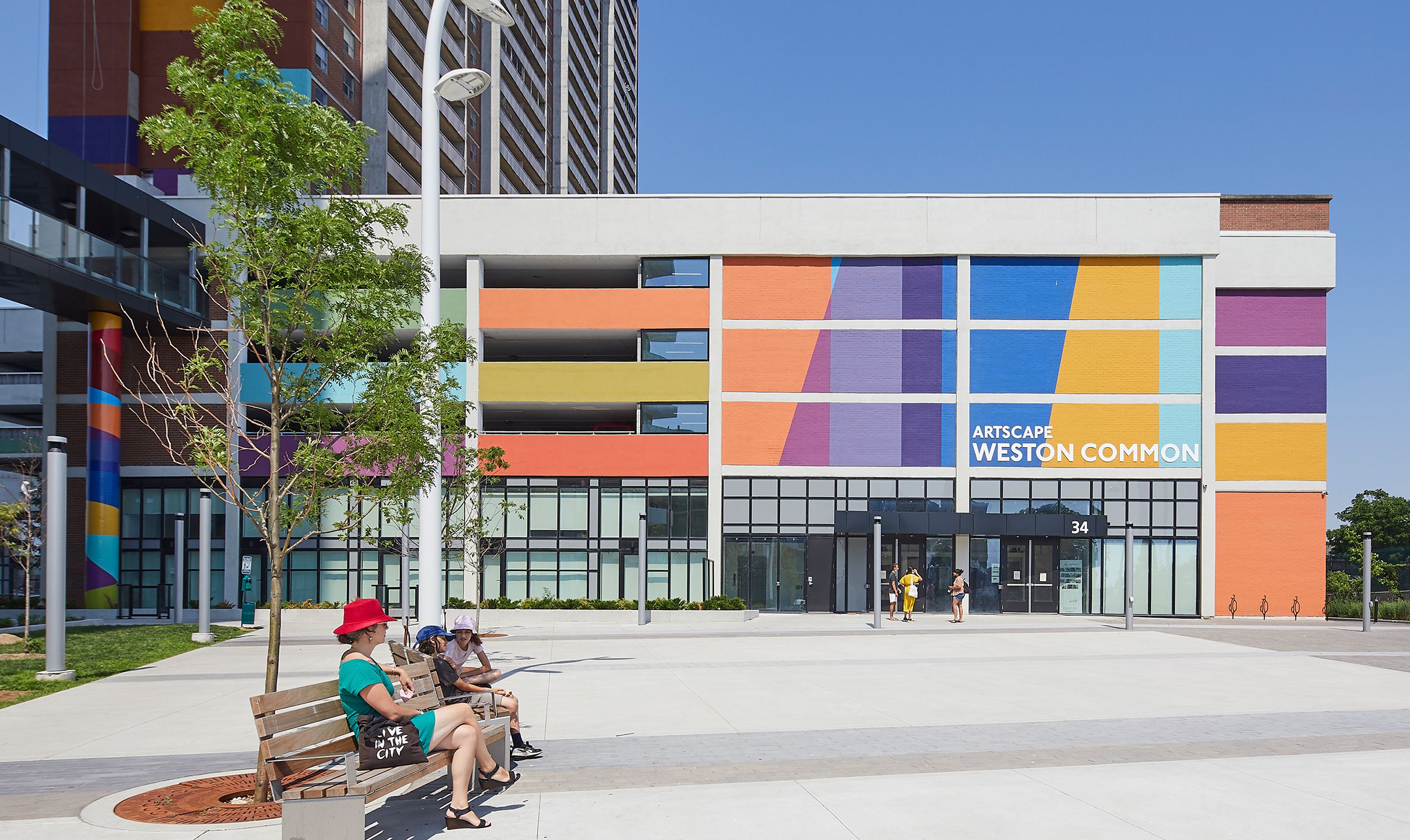 At the heart of Weston Common is Artscape Hub, a re-imagined community gathering place featuring over 20,000 sqf of indoor and outdoor programming space dedicated for arts and cultural events. The project also adds new housing to the area with 360 rental apartments for the public and 26 affordable live/work spaces for artists and their families. 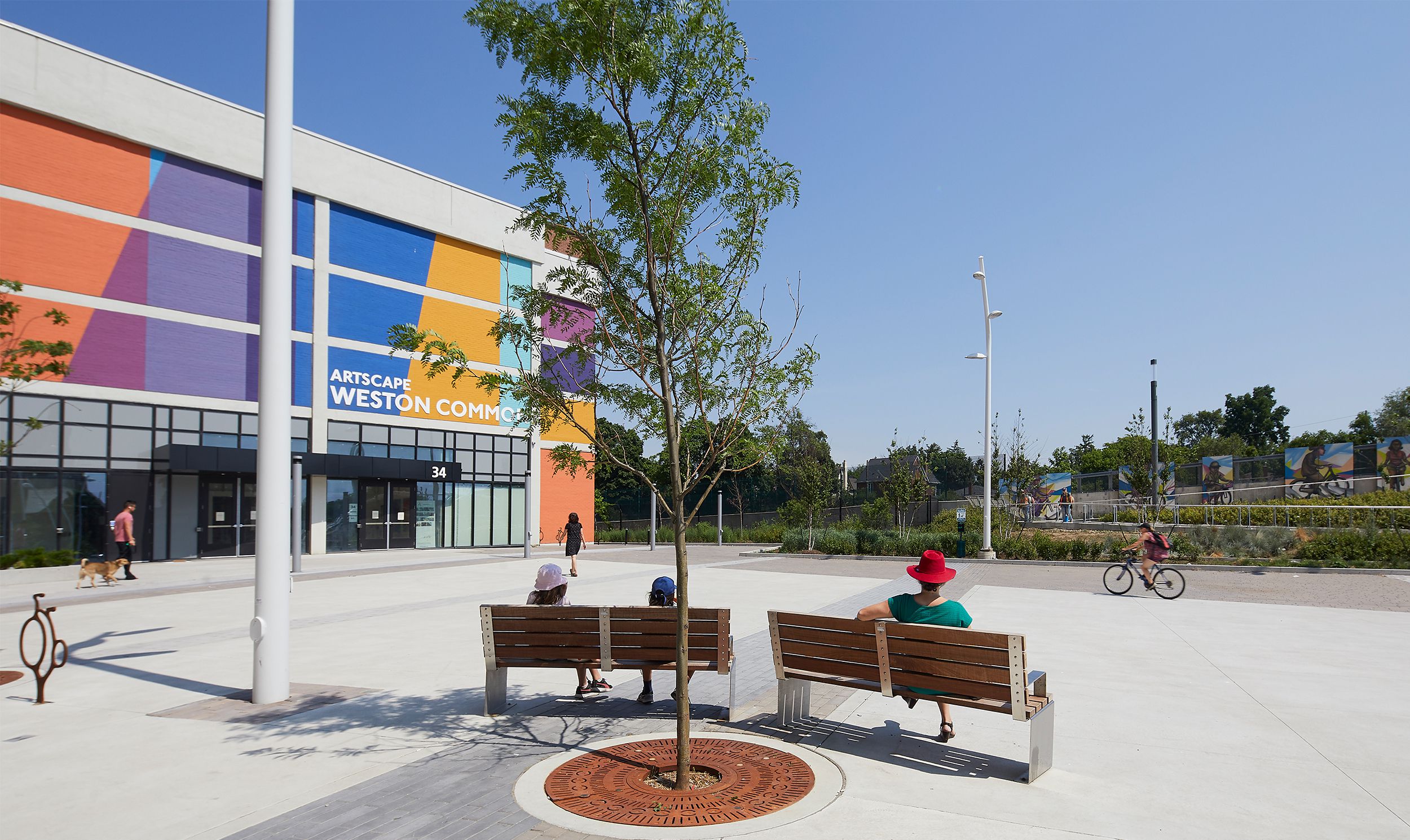 With a community-led vision to make Weston Common ‘a gathering place that welcomes and is open to the whole of this community’, this hub is the result of an innovative partnership and true exercise in placemaking between Artscape, the City of Toronto, the Rockport Group and capital partner Woodbourne Capital Management.

Entro was part of the visioning team and developed the name (together with Artscape and the Rockport Group) and identity for Weston Common and continued to extend the brand work to interior and exterior wayfinding signage and environmental graphics. 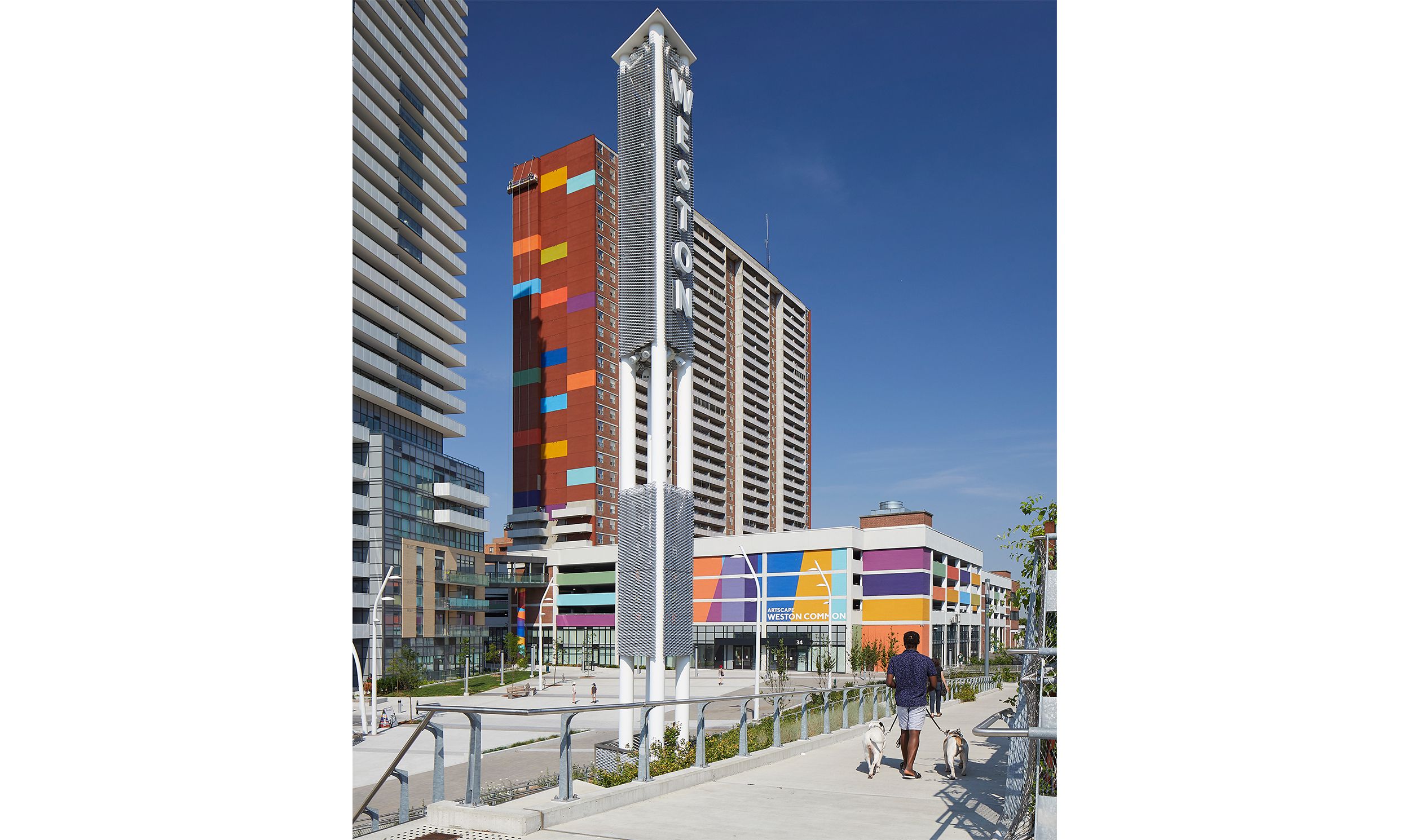 For the brand identity and visual brand language, the design incorporates saturated, bold colours and traditional textile weaving patterns. It was inspired by the mosaic of multicultural traditions one encounters when visiting Weston, which is home to a rich diversity of newcomers and long-term residents. 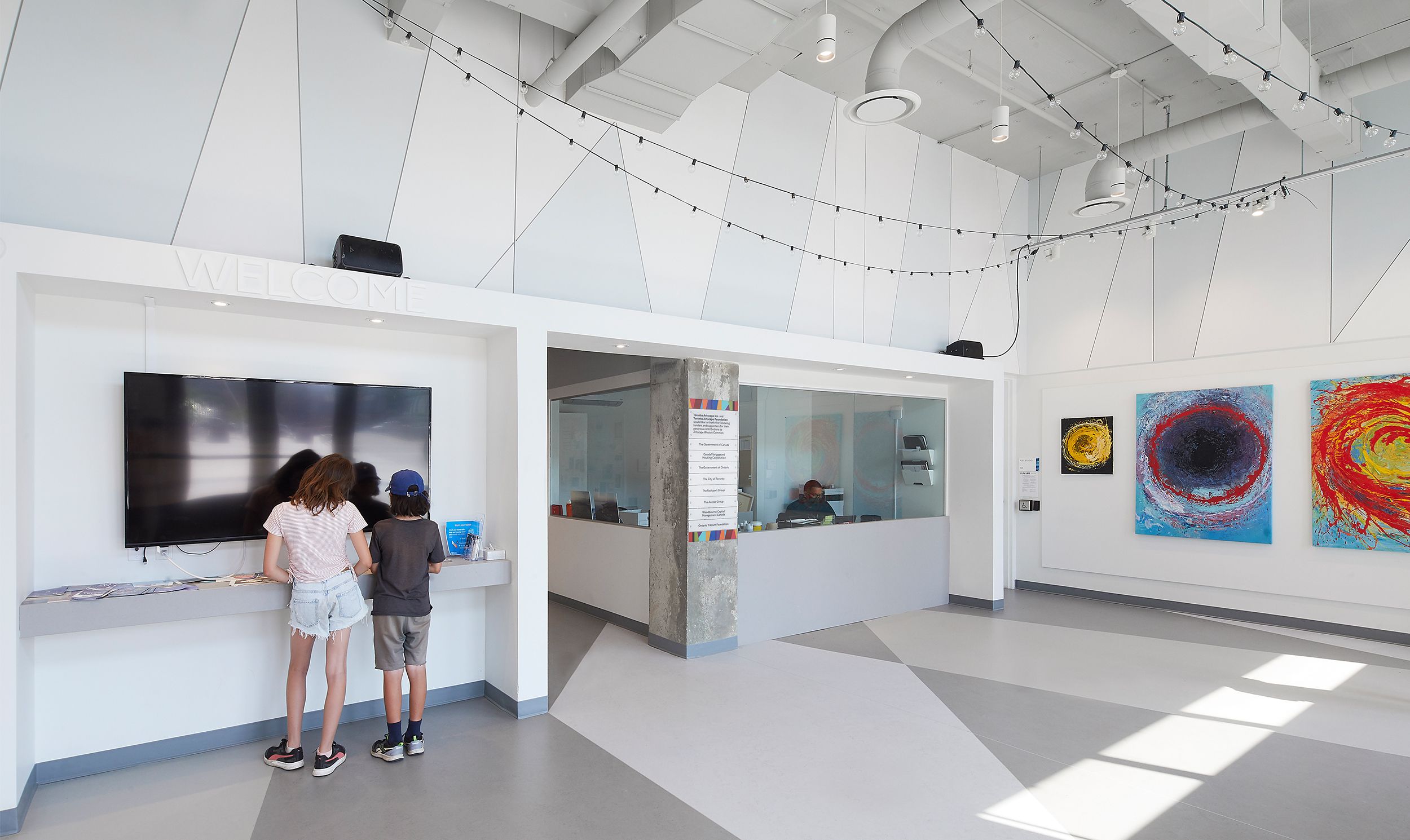 The colour palette is also suggestive of the hues used by the Group of Seven painters, tying in both the local context and the theme of Canadian art. As Weston Common is close to a major transit hub, the typeface chosen is Johnson, the same one used for the London Underground, giving a subtle nod to the importance of transit to any new urban development. 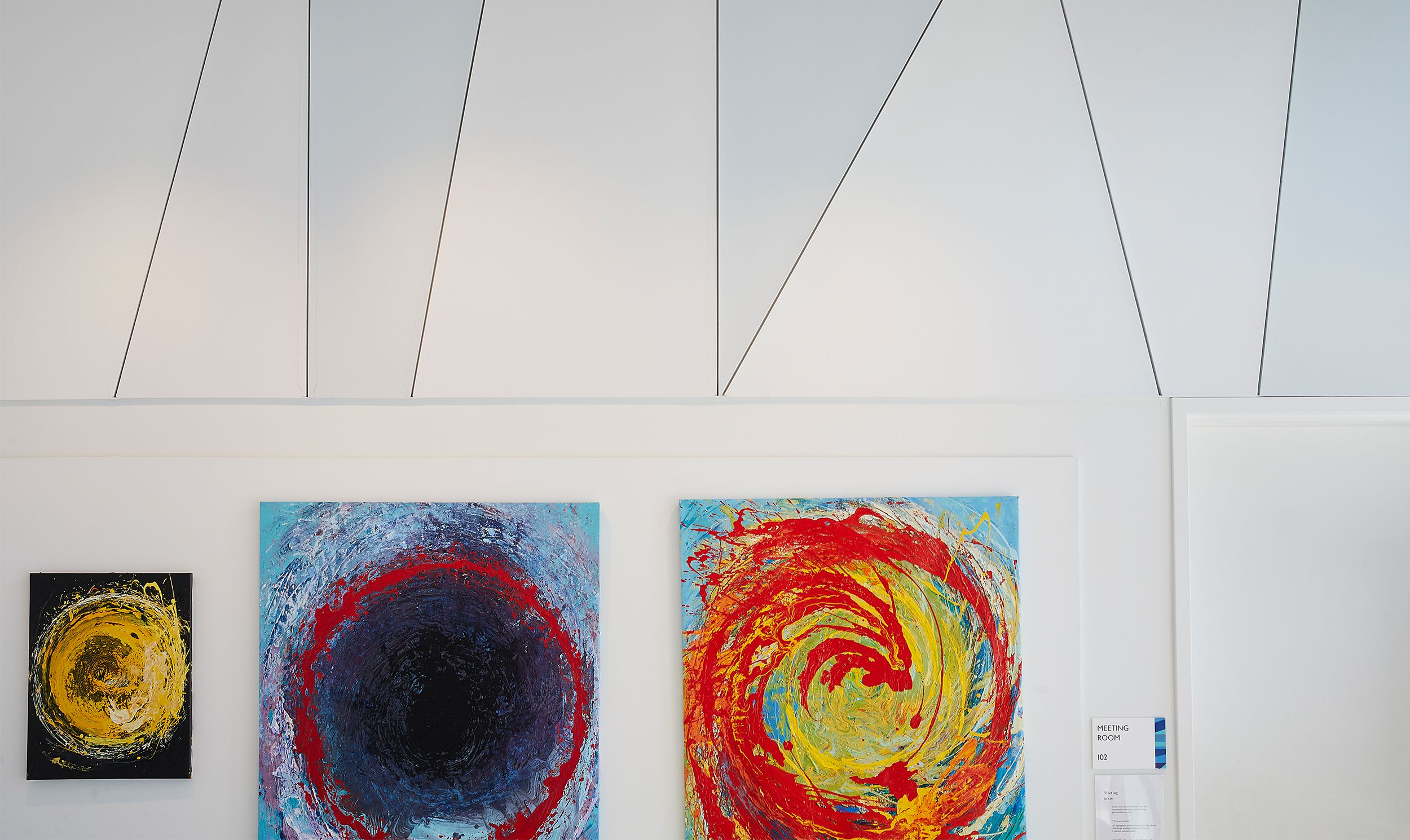 This project represents a model for project partnerships that invests in community-led transformation, which at the groundbreaking, Mayor Tory called “one of the best examples that I’ve seen of public-private partnership.” 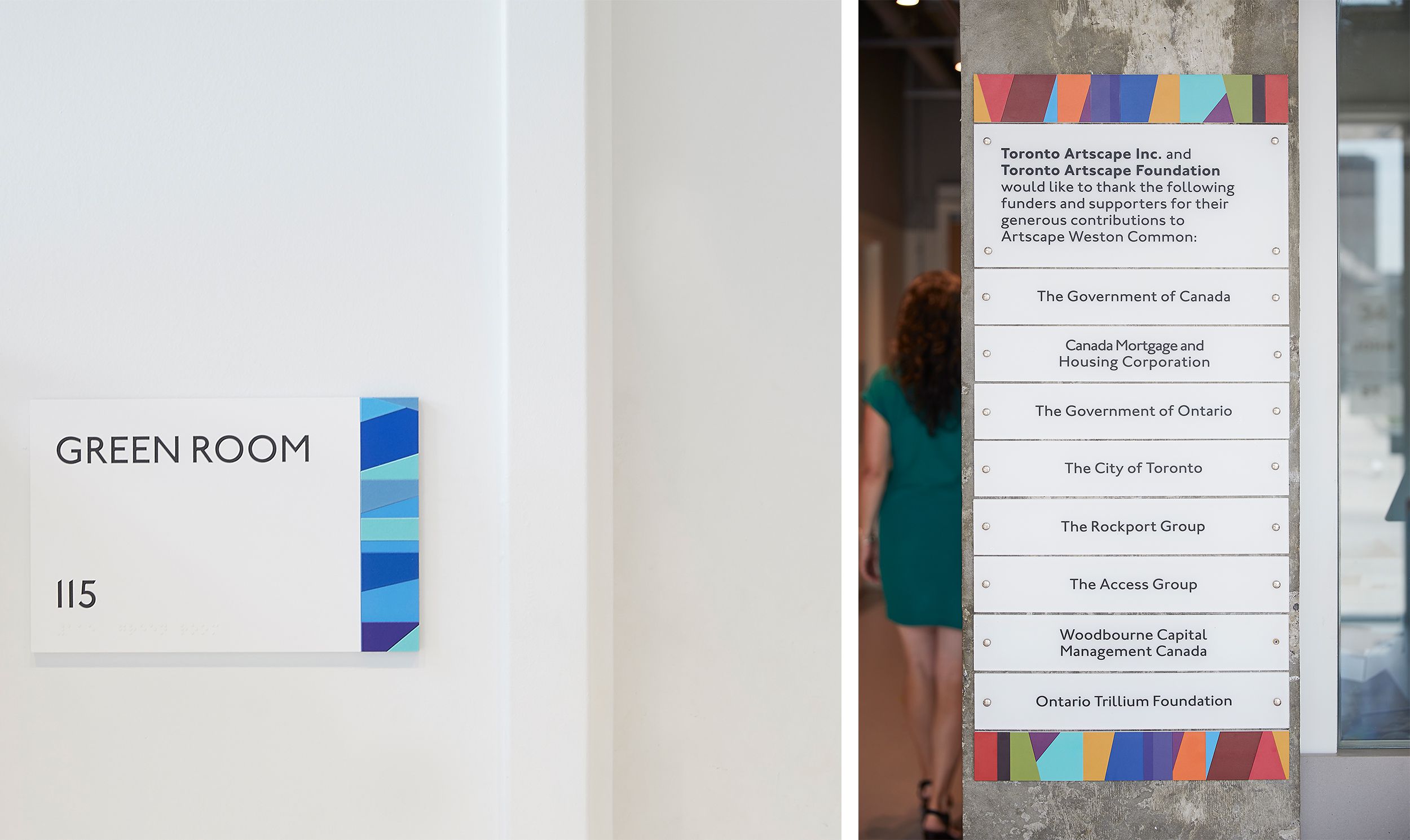