Signs of the Past at West Block 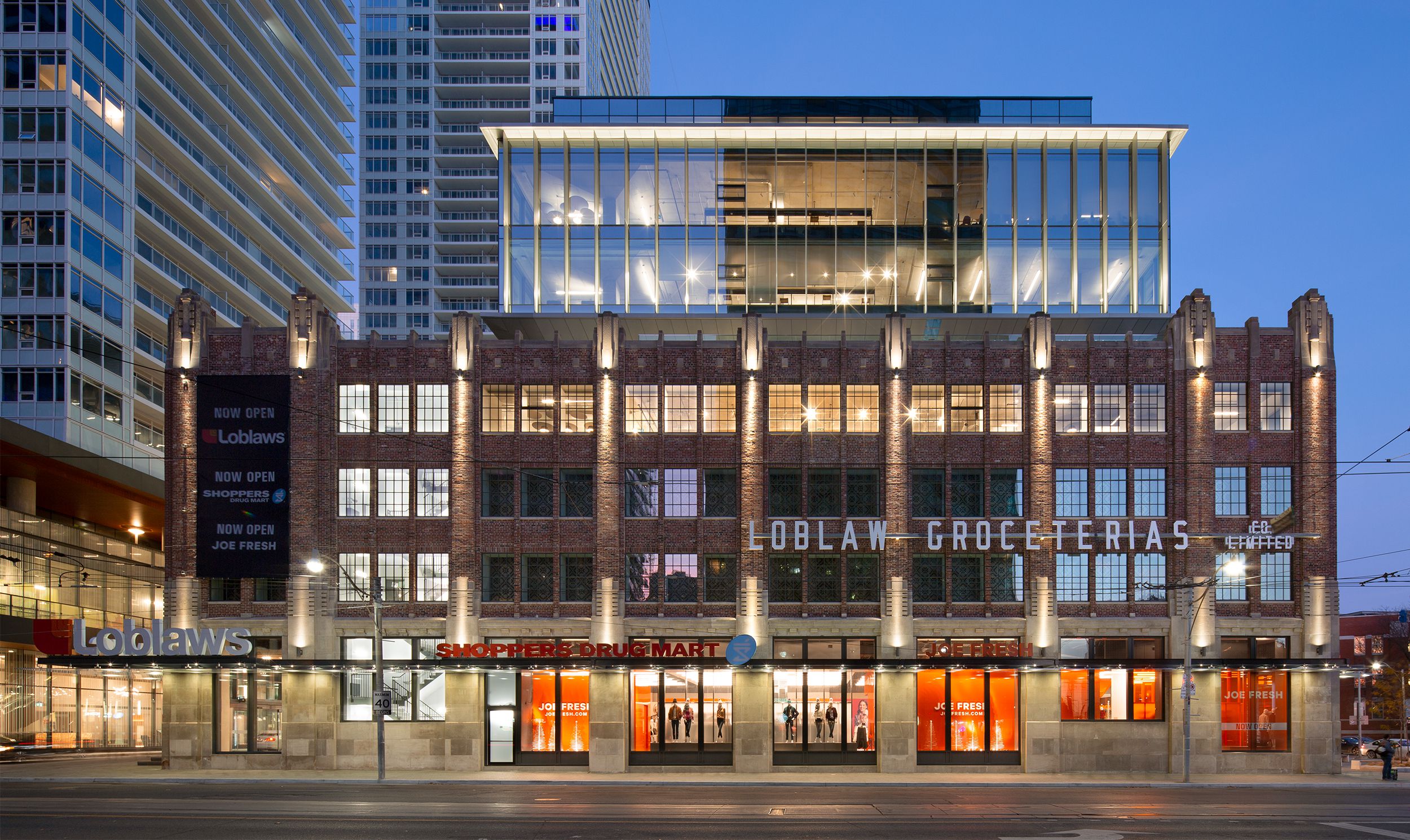 After four years of construction, Toronto’s historic West Block building has re-opened. Dating back to 1928, this building first served as grocer Loblaw’s head office and warehouse. The warehouse was state-of-the-art for its time, boasting its own electric tram railway, giant ovens for baking, huge drums for blending tea, and 22 thousand feet of pipes for refrigeration. In 2016, West Block’s historic façade was disassembled brick by brick, catalogued, and cleaned for future reconstruction. 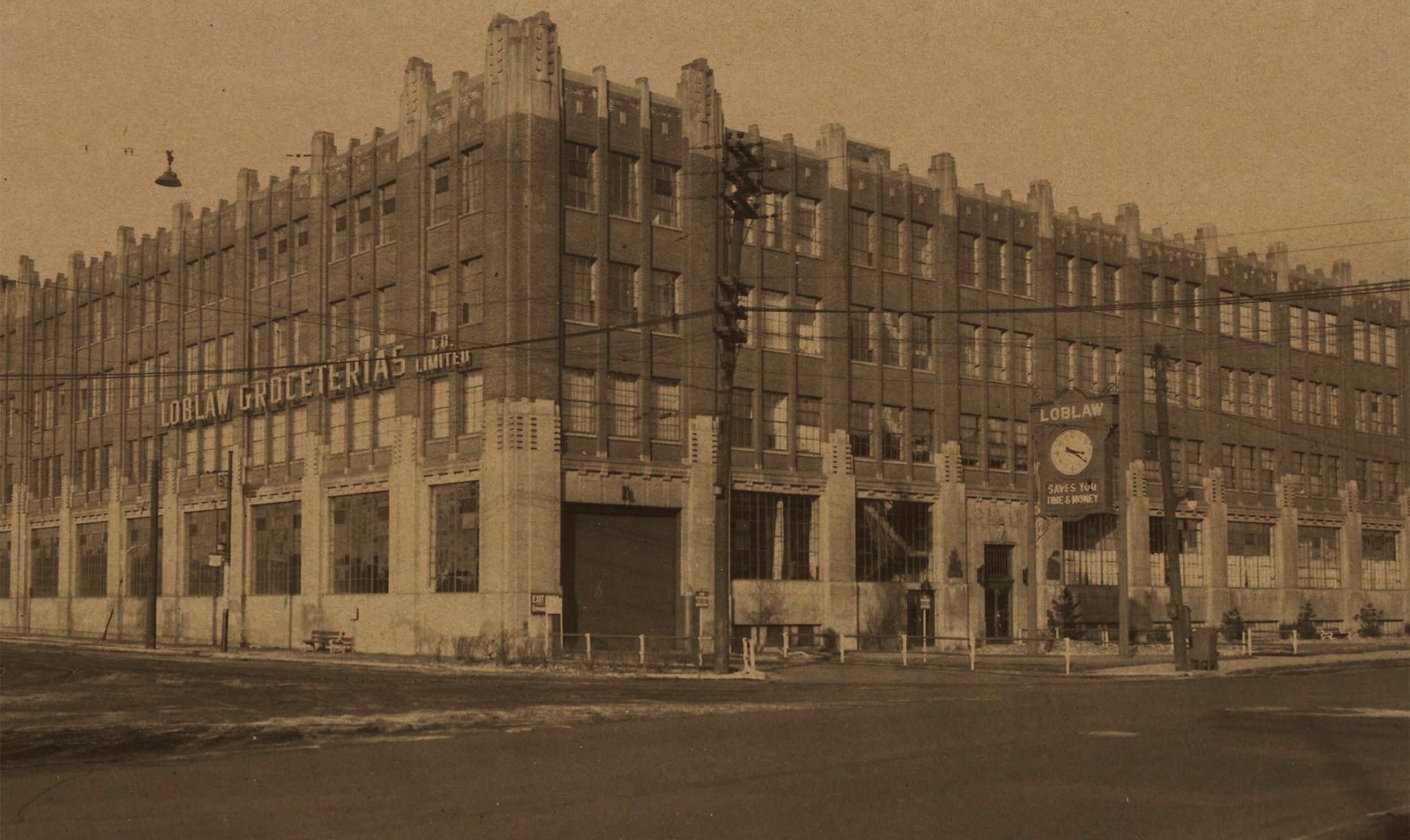 Now the building is part of a site owned by Choice Properties REIT and designed by architectsAlliance that brings retail, office space, and two condo towers to the Lakeshore and Bathurst area. Loblaws is still a vital part of the West Block development, which features the retailer’s stores along with five floors of office space for Loblaws employees. 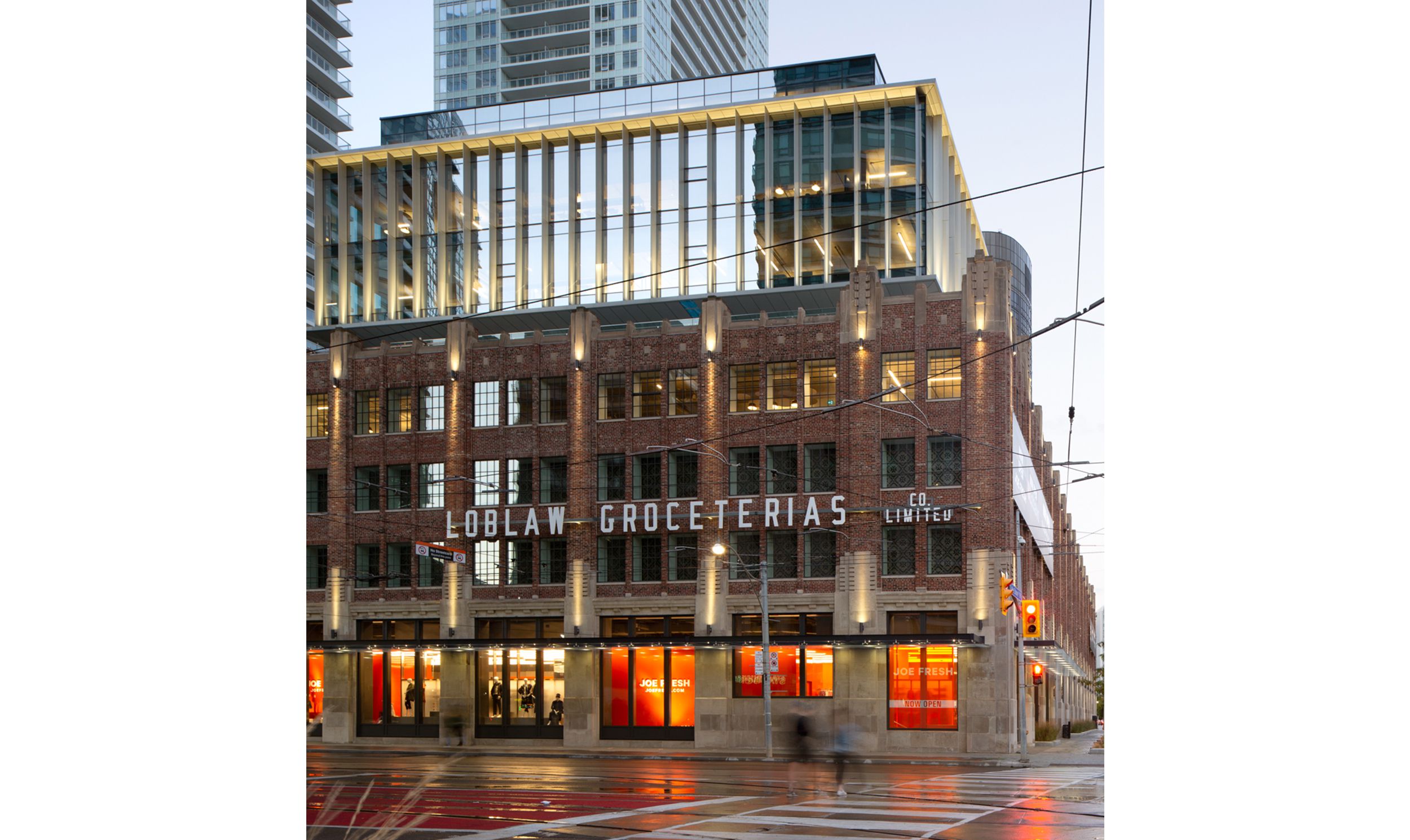 This project presented us with the unique opportunity to help restore the original century-old sign installations. We began by assisting with the reproduction of the large “Loblaw Groceterias” lettering on the west side of the building. We studied old photographs and how the sign changed over time before recreating the letterforms by hand. 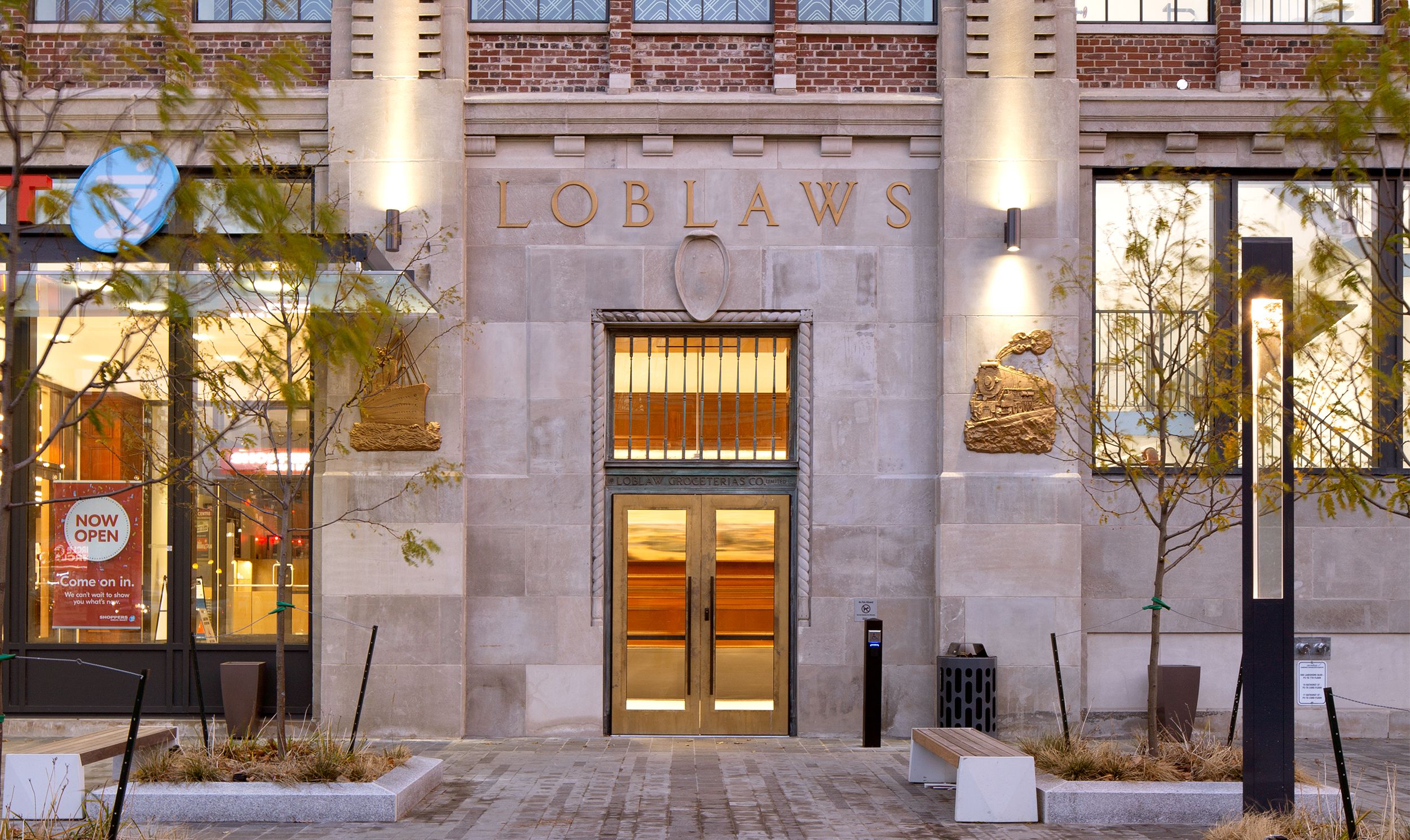 For the historic Loblaw sign over the south entrance, letters were traced from impressions left by the originals and then cast in bronze by metalwork specialists Filo Timo. 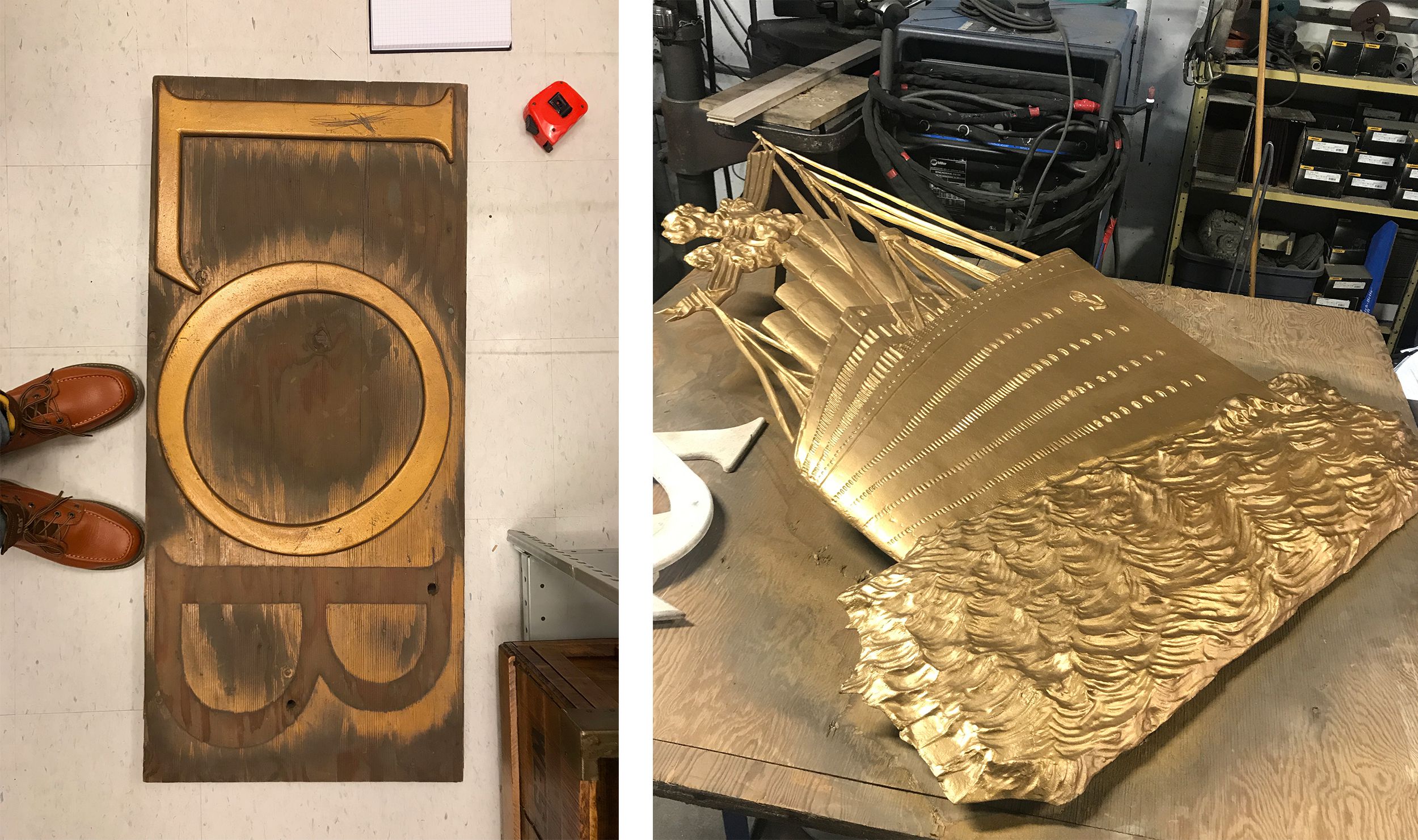 The bronze CN steam engine and the ship plaques flanking the south entrance represented Loblaw’s focus on modern efficiency and the company’s interest in procuring quality items from around the world. These were also restored and installed by Filo Timo with Entro’s assistance. 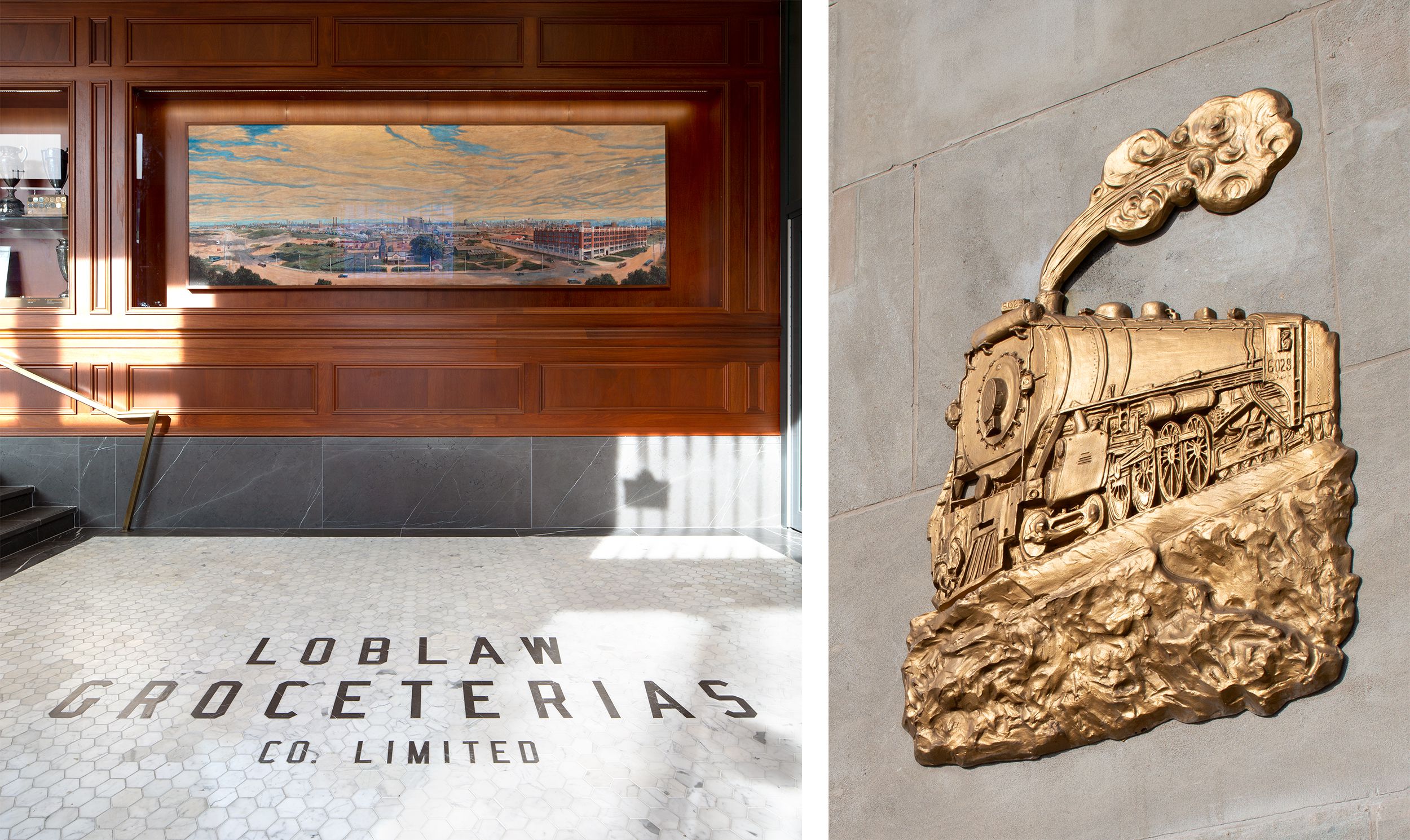 If you’re in the area, or picking something up from Joe Fresh or Shoppers, try taking the south entrance. Inside the lobby you’ll find an interpretive program showcasing the building’s history in photographs and artifacts. We hope to share this with you soon!