Casey House – A Nod to the Heart 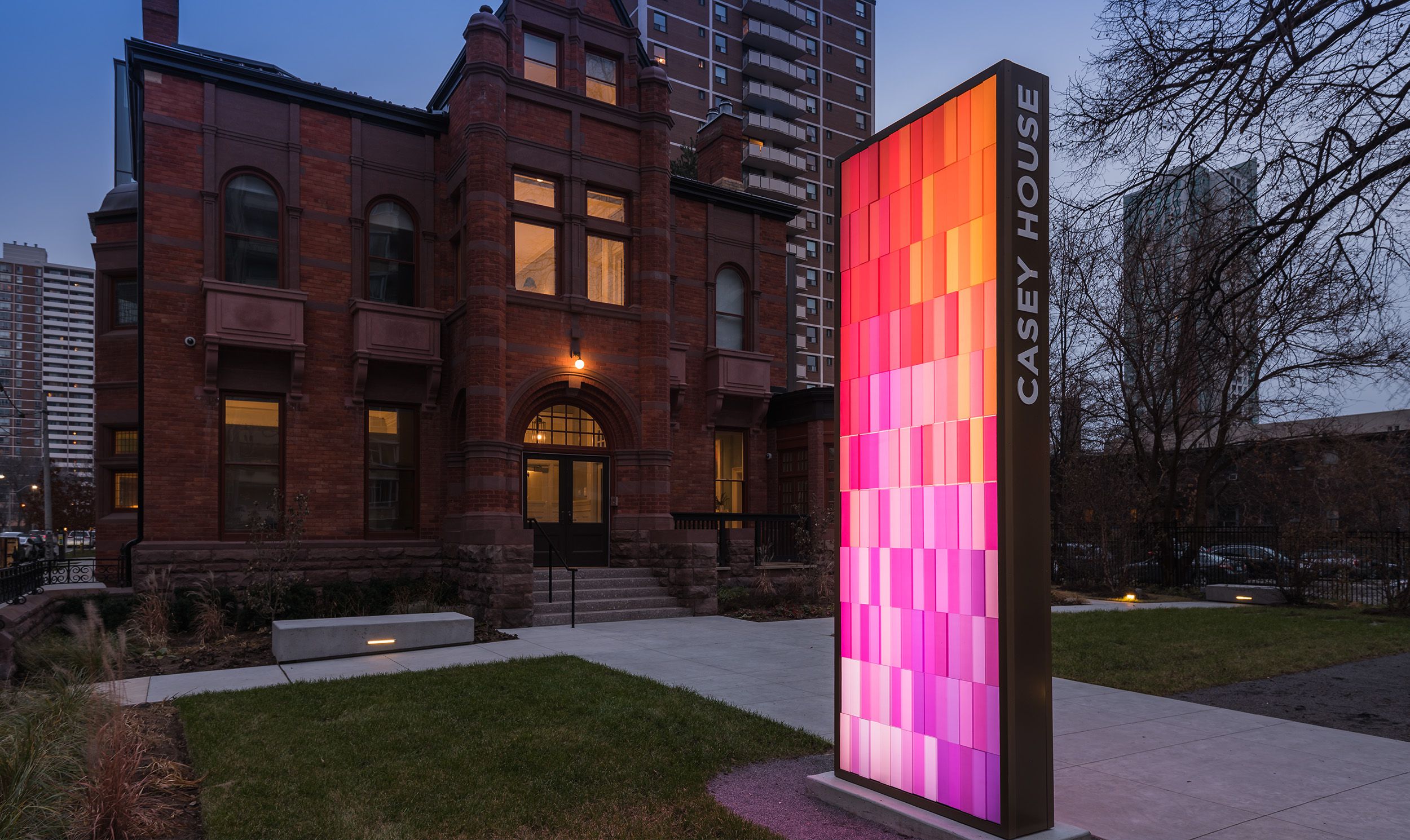 Casey House is the world’s only independent specialized healthcare facility for HIV/AIDS. Since 1988, Casey House has served those living with HIV/AIDS, and now continues to welcome a diverse group of individuals. After nearly 30 years, the outlook for those living with the virus has drastically and positively changed, and the function of Casey House has changed with it. They felt it was time to make a bolder statement about the work they do and the people they serve with an architectural expansion by Hariri Pontarini Architects, adding 58,000 square feet and extending the feeling of home and warmth from the original Victorian mansion. As part of this expansion, Entro developed an exterior identification pylon, and supported the interior designers from IBI Group with the interior wayfinding signage and donor recognition. 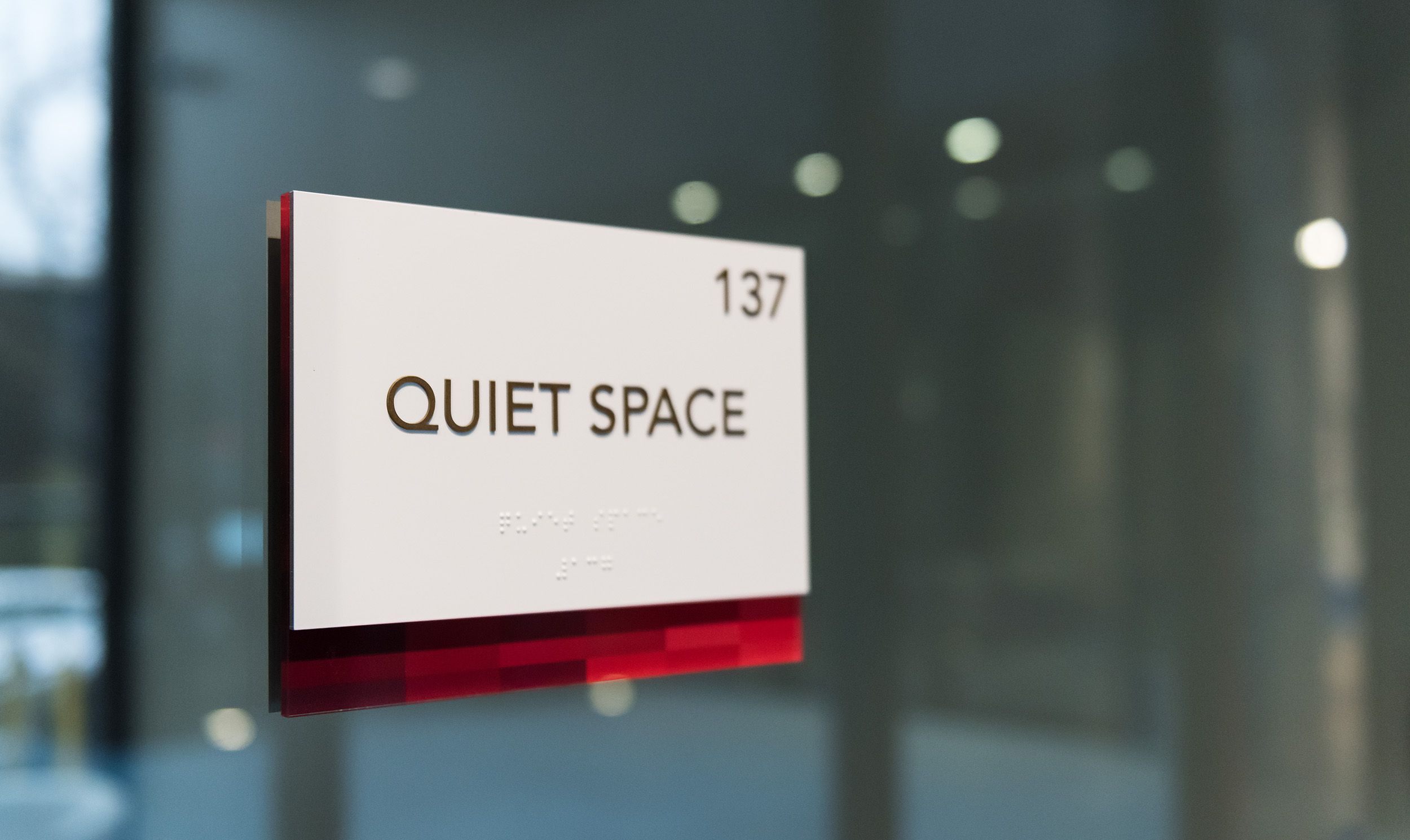 The look and feel of the signage program was in part inspired by the pattern and texture of the architectural design, which uses a grid of different coloured bricks, varying stone finishes and dark glass to represent a quilt. The quilt has been a major figure in the HIV/AIDS movement ever since San Francisco AIDS activists established it as a memorial to victims of the disease. To mirror this design, we used a series of alternating rectangles with differing hues along the entire spectrum of red. This is also an abstract nod to the heart – a symbol of compassion for people, and the central feature of Casey House’s identity. 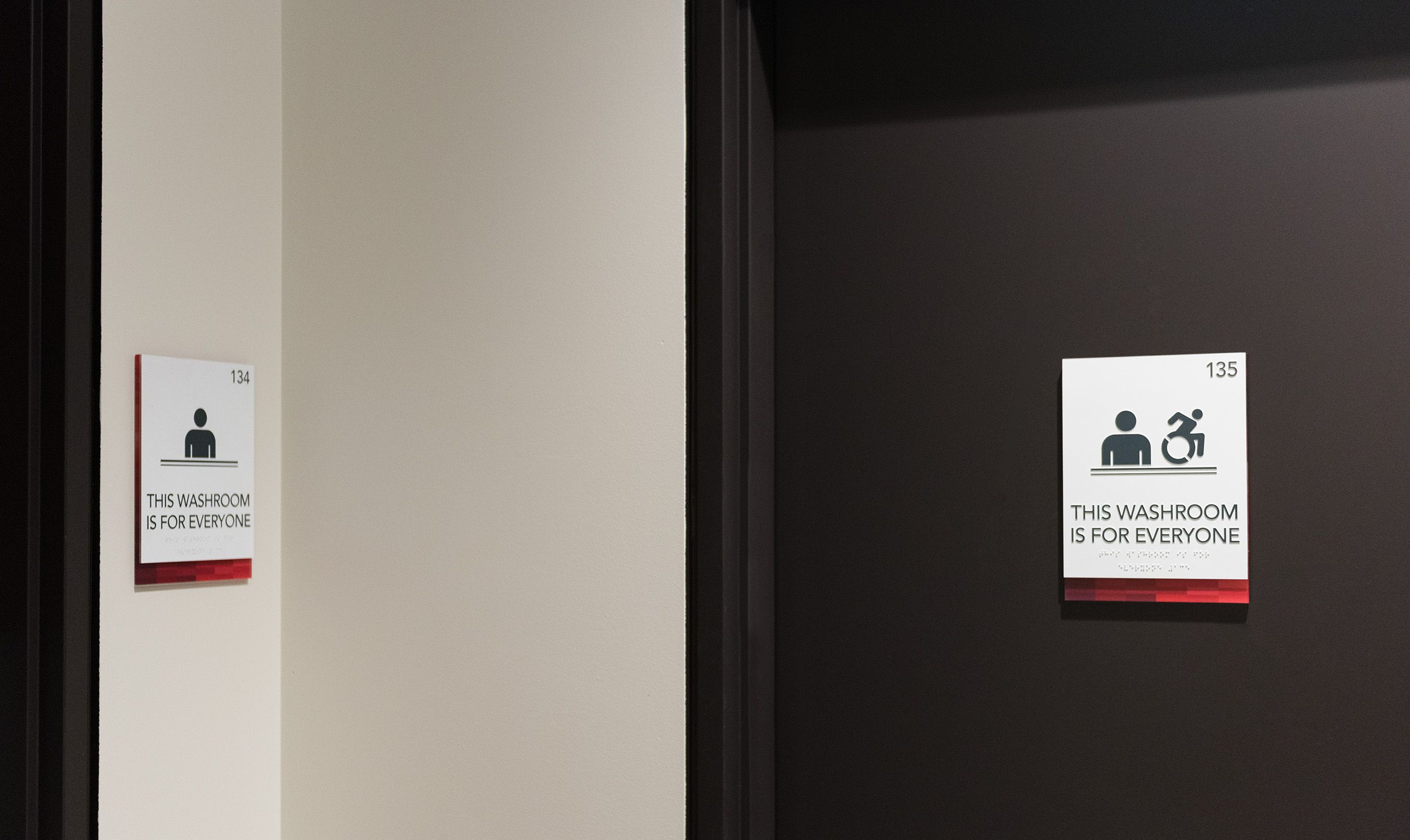 Another important component of this design was creating a feeling of light, so we used different tints and shades to evoke a sense of warmth for patients and also subtly communicate the vibrancy of life. Healthcare facilities also require extreme sterility, requiring materials that will not hold bacteria, and are durable enough to sustain intense and frequent cleaning. This is especially true for facilities like Casey House, that serve individuals with weakened immune systems as a result of the virus. To accommodate this need for sterilization, we used acrylic and metal to encase all information. 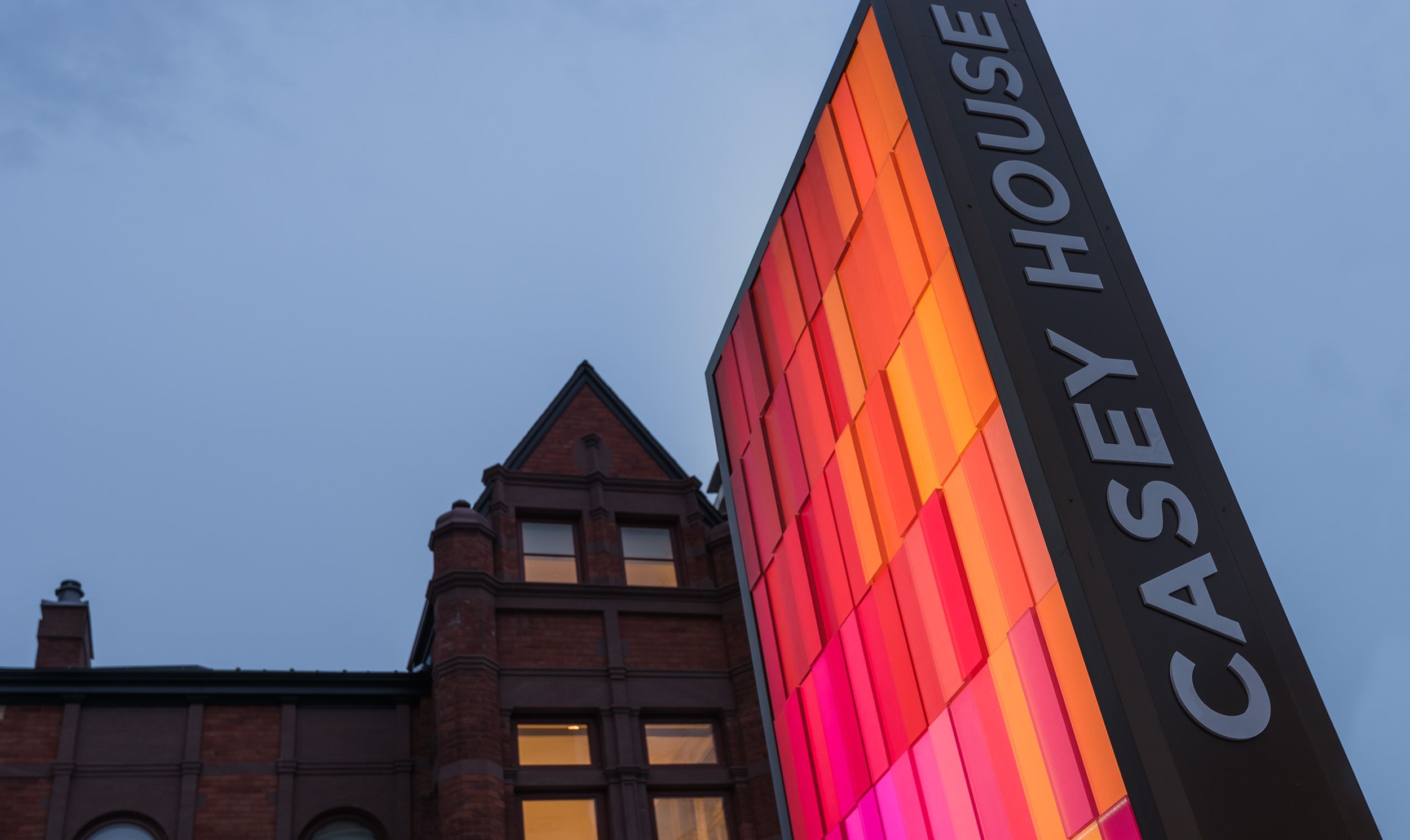 The exterior pylon sign acts as both an identification and public art piece, and uses the same spectrum of red from the interior signage, as well as introducing a wider array of warmer and cooler hues. The quilt pattern is realized through these colours as well as textural components, as each rectangle protrudes from the centre in a range of different widths.