A New Standard for Recreation in Alberta at ATB Centre

Home to the third-largest YMCA in North America, the ATB Centre in Lethbridge is a state of the art facility that has set a new bar for recreation in Alberta. The impressive 380,000-square-foot facility hosts fitness, swimming, curling and skating all under one roof featuring two NHL-sized rinks and an aquatic centre complete with two slides, a lazy river and a surf simulator. 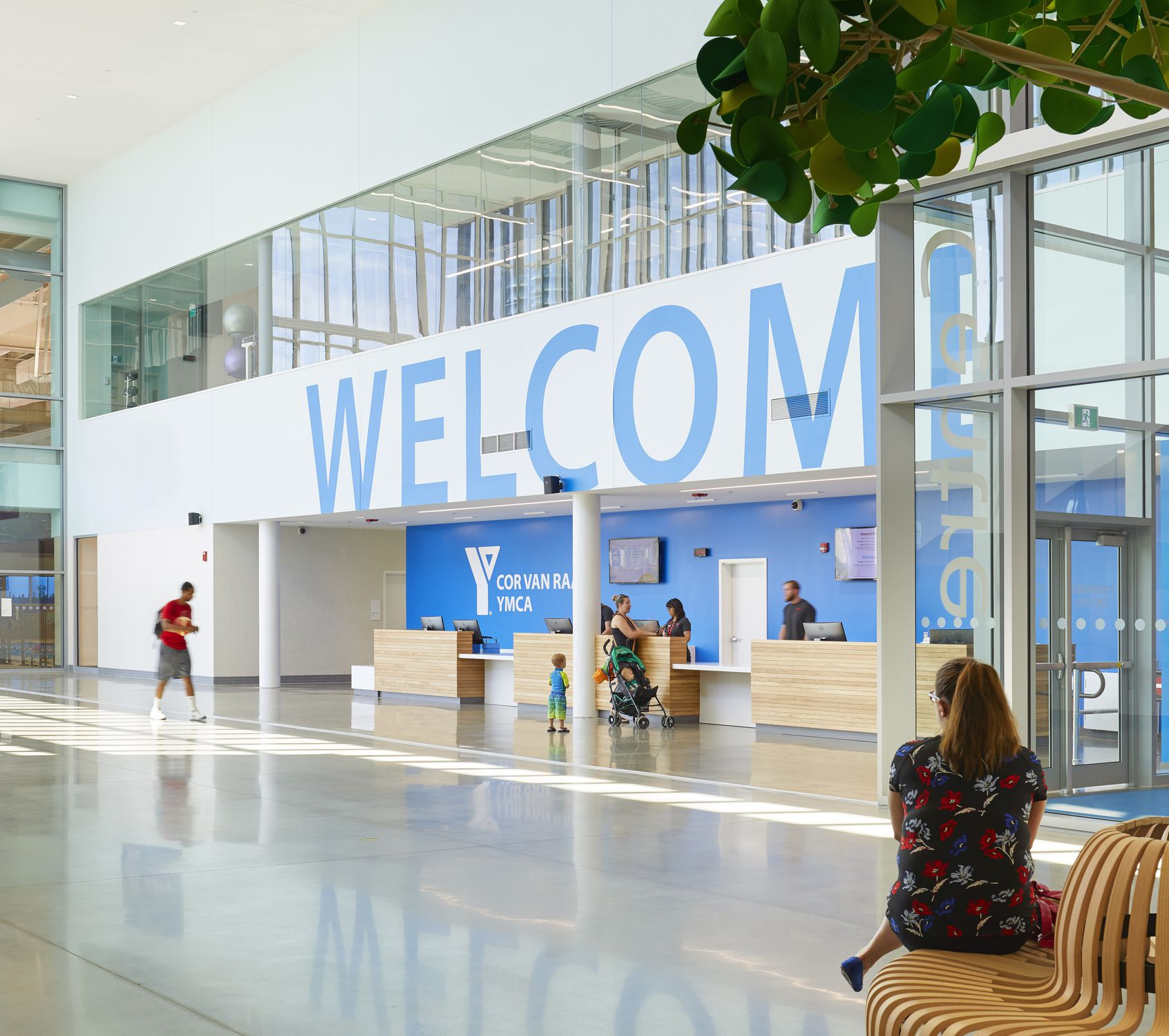 Entro designed wayfinding signage to complement architecture by Diamond Schmitt. The high ceilings and long corridors meant wayfinding signage needed to be highly visible – as soon as people enter the space – yet sized so as not to compete with the grandeur of the amenities themselves. Beyond functionality, our vision was to create a fun, youthful look and feel that would echo the recreational purposes of the facility and be accessible to all demographics, especially youth. 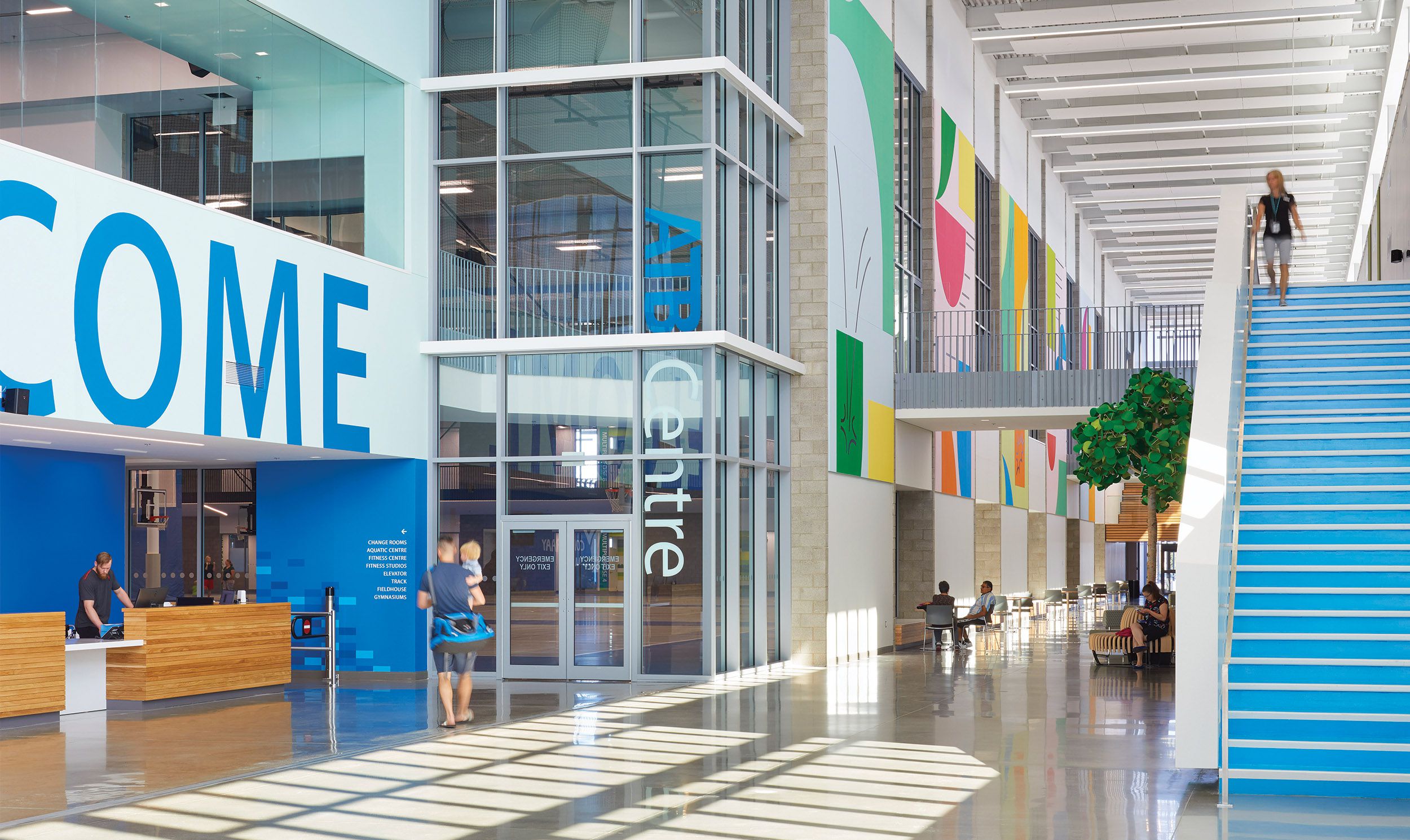 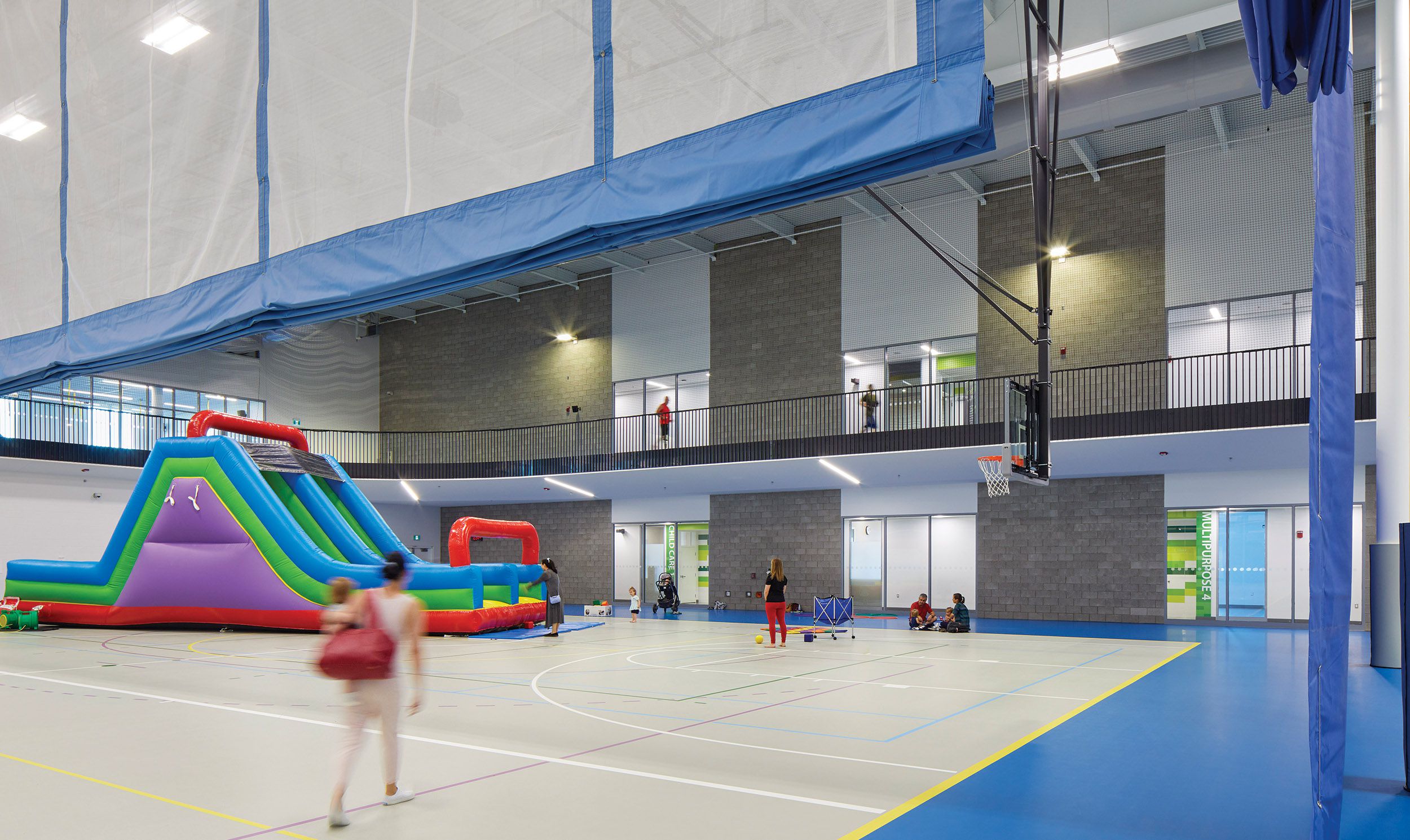 We selected colours and finishes that integrated well with the overall interior decor, using cooler tones of greens and blues in brighter hues that add interest to the space. We worked with Diamond Schmitt to design mosaic tiling patterns in certain areas to play up these colours and enhance areas that needed more visibility for wayfinding information. 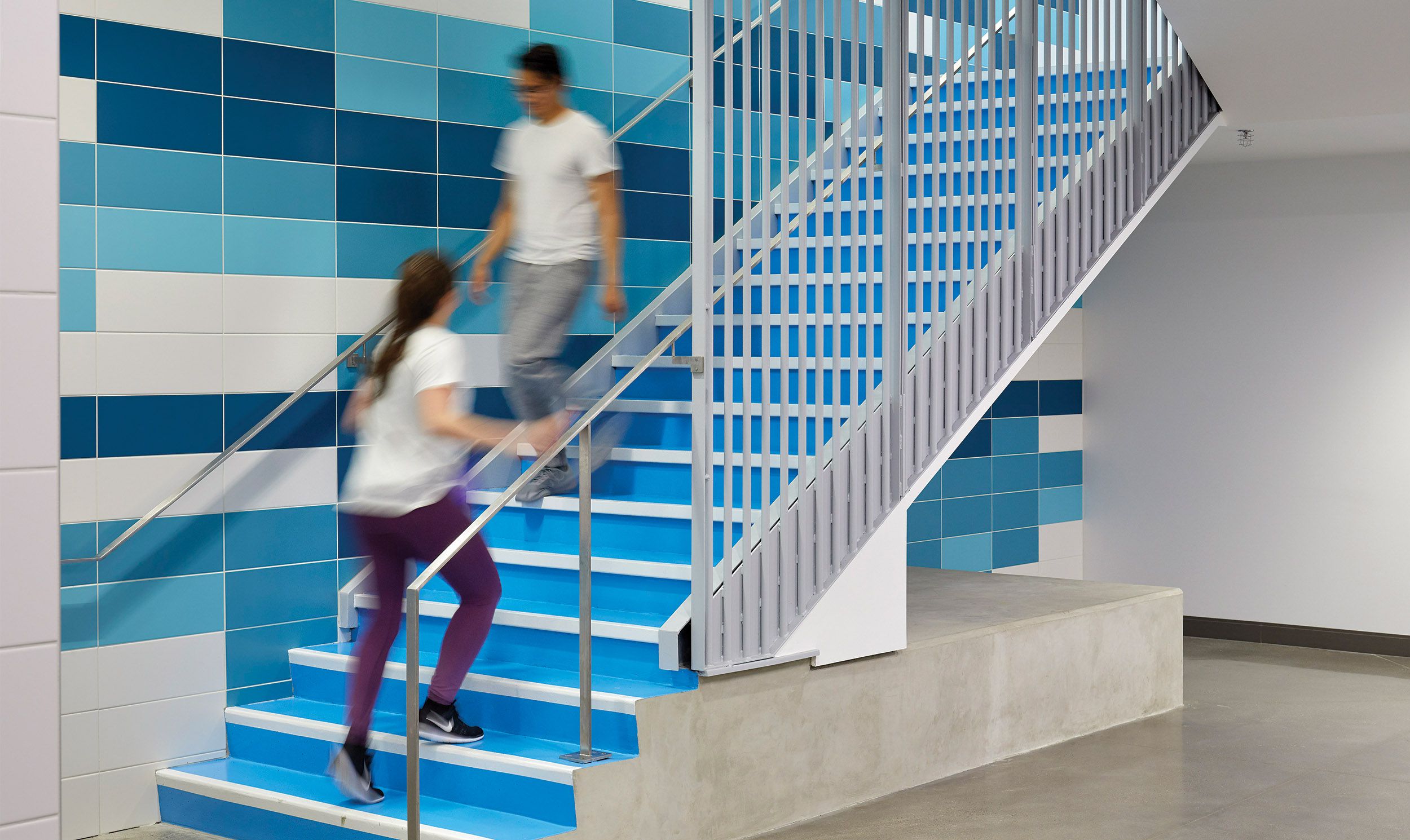 We also recommended the use of colourful artwork to brighten up traditionally sterile areas and provide a layer of storytelling. Artworks were later sourced from the community for added sense of locality and placemaking. 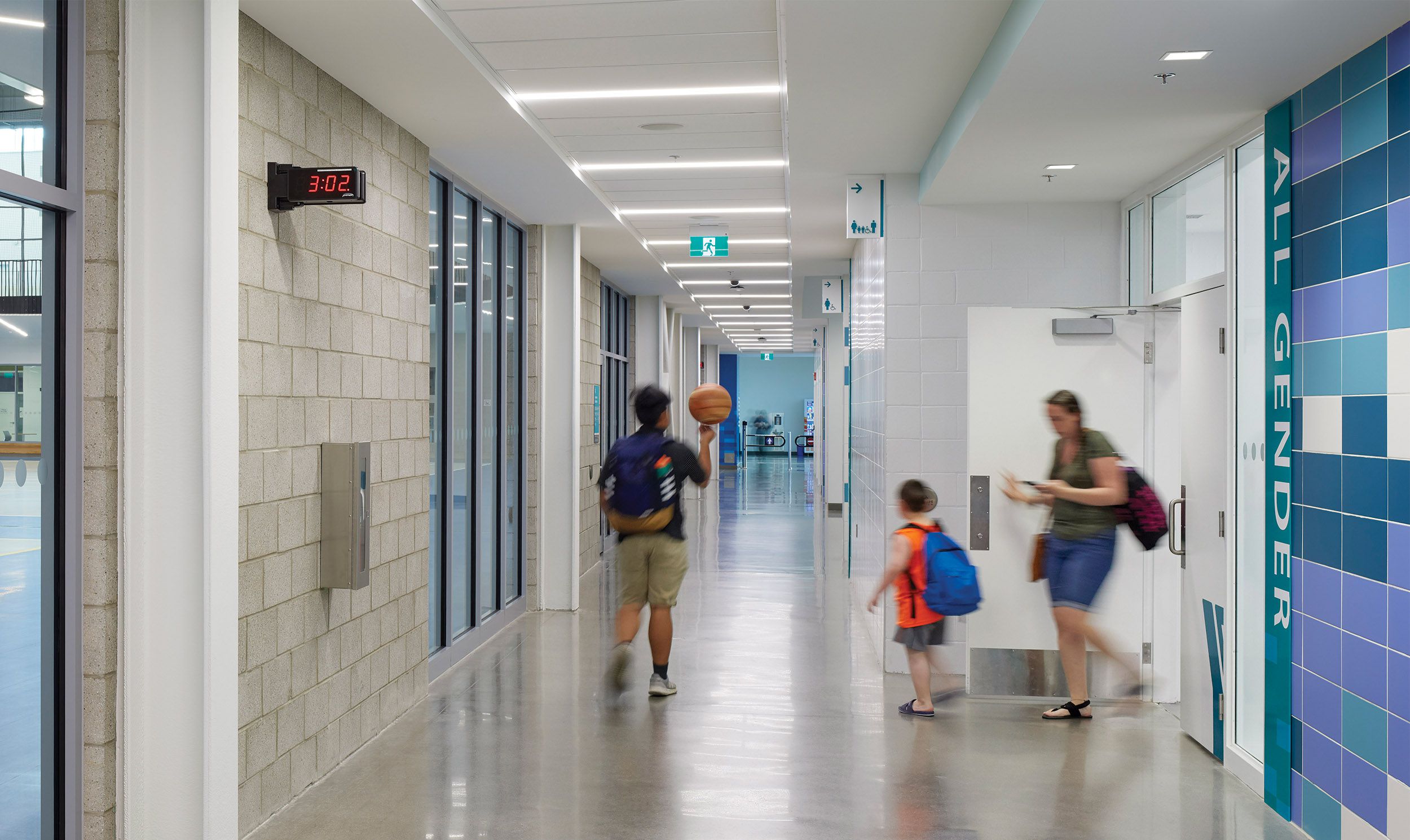 We placed signage at key intersections, and rather than using projected signs, used the entirety of wall surfaces to make bolder statements. The program comes together fluidly and supports the overall design intent to create a community destination that is welcoming to all.

For further information on the ATB Centre and its programming, visit the website.